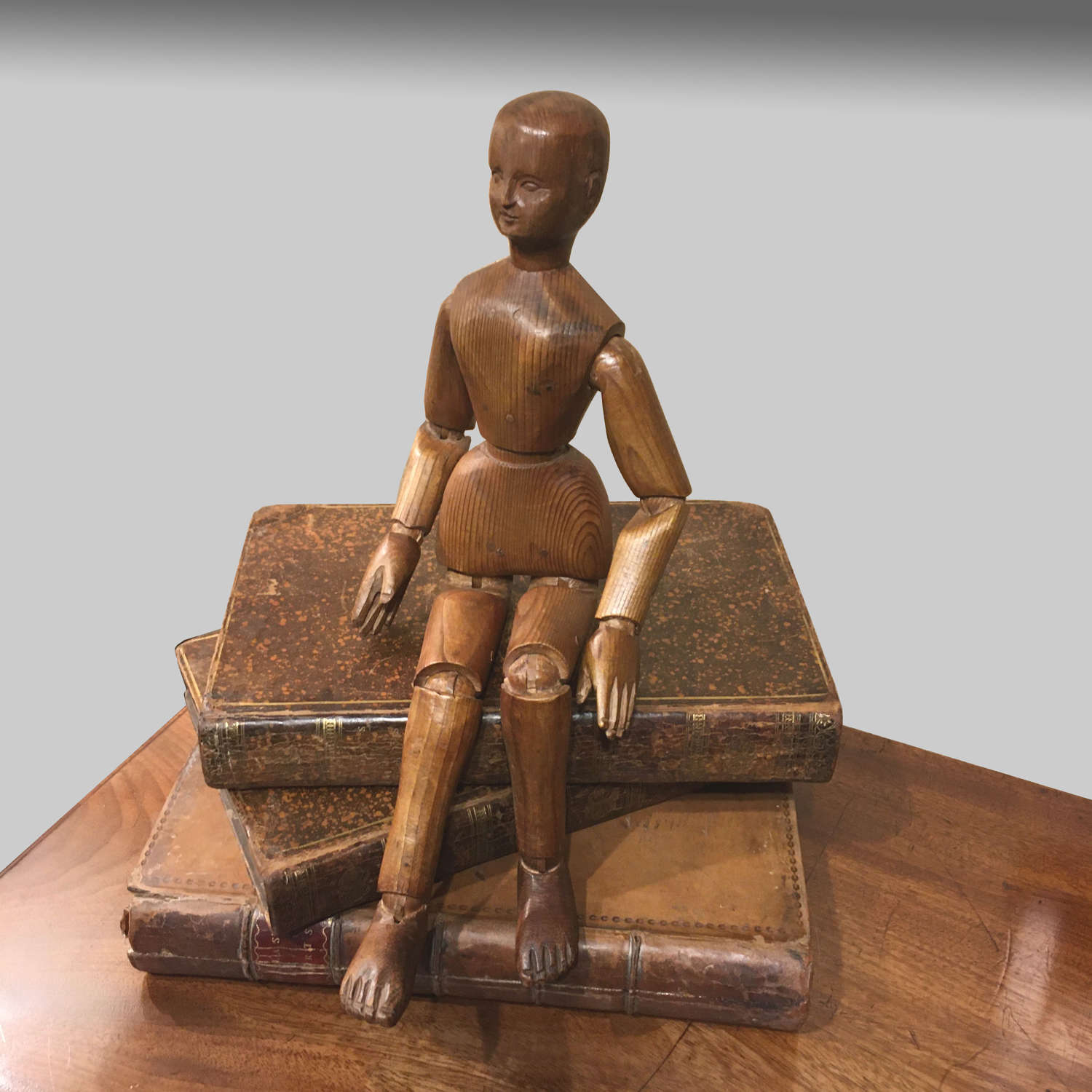 Carved and articulated pine artist's lay figure, androgynous, and of smallproportions, all complete and in good working order.
Known in England as‘manikins', the term ‘layman of wood’ was recorded in 1688 and the first known use of the term ‘lay figure’ dates from 1795. In France, mannequins, also known as lay-figures reached their peak of popularity in around 1850. “Mannequin Articule” would be listed in the inventory of artist’s possessions at that time.