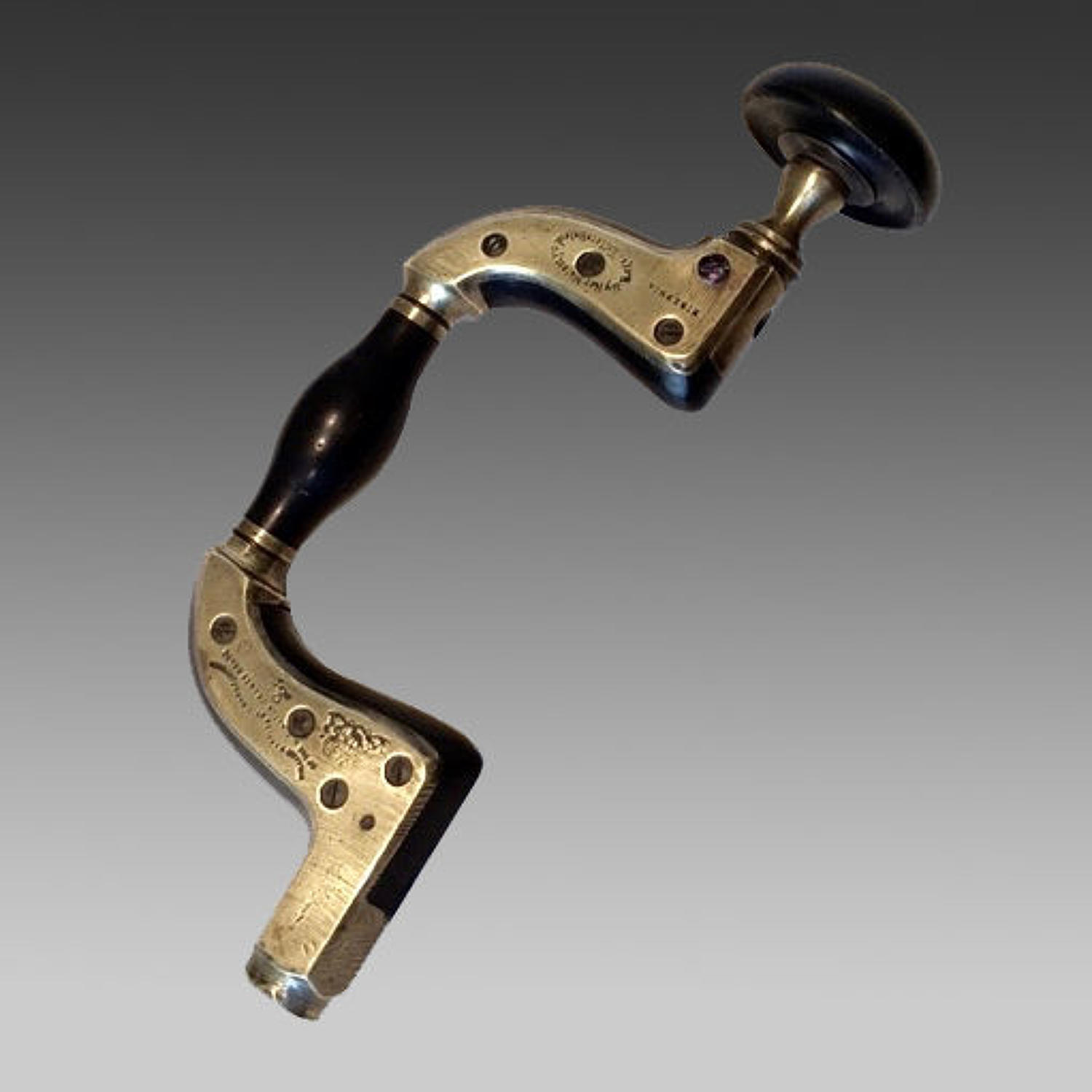 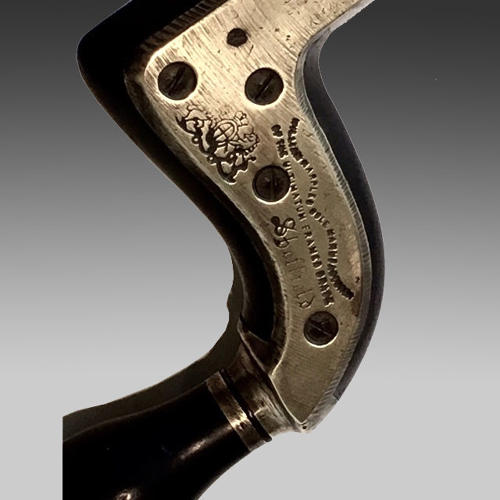 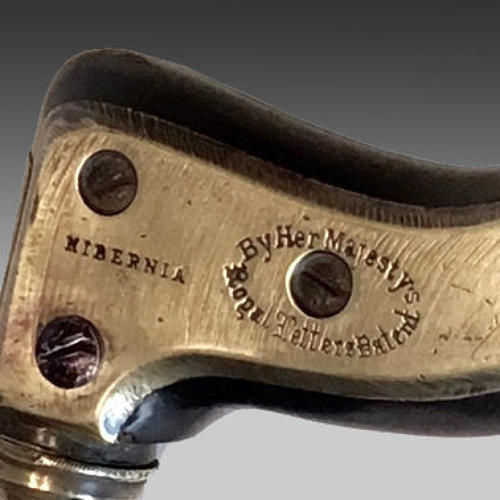 19th century ‘The ultimatum’  ebonied and brass mounted carpenter’s brace. Impressed ‘William Marples Sole Manufacturer of the Ultimatum Framed Brace SHEFFIELD’ with Royal crest and one side and ‘Hibernia’ and’By Her Majesty’s Royal Letters Patent’ on the other.
William Marples of The Hibernia Works in Westfield Terrace, Sheffield became one of the most prolific and esteemed tool makers of his time.
English, circa 1850 - 1860