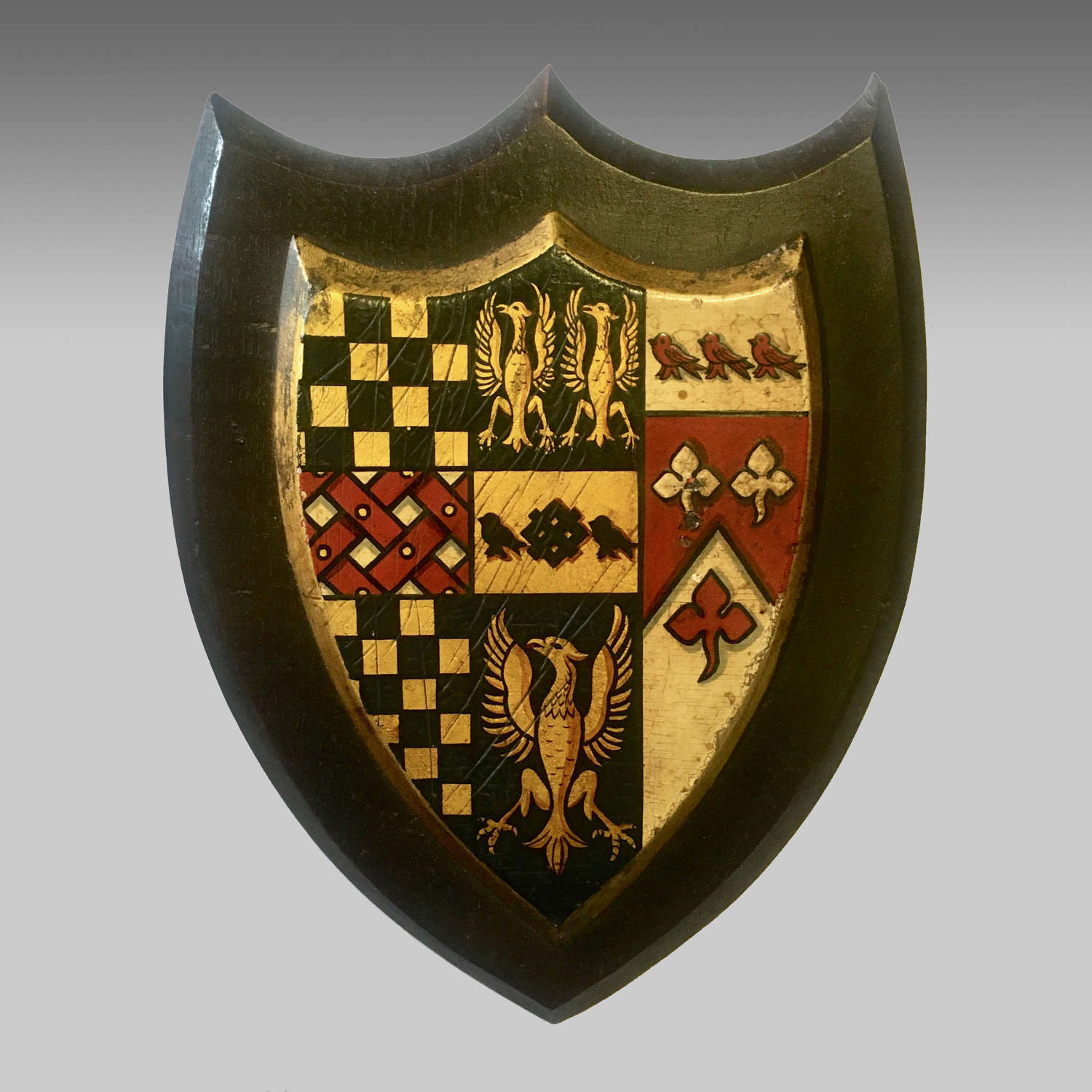 The oak armorial shield mounted with the gilt coat of arms of Bedford School with quarterings of eagles and chequered board.

Bedford school dates from 1552, believed to be of very ancient origin and to have existed in Saxon times. The school was endowed in the reign of King Edward VI by Sir William Harper, a merchant, sometime a sheriff and also a Lord Mayor of the city of London. The shield is divided into three. The centre strip contains Sir William’s arms, whilst the blue eagle crest (not shown) is also his.The left hand (dexter) division bears the arms of the father of his first wife Alice, the other strip (sinister) are those of the father of his second wife Margaret. The school colours are blue and white and the rugby XV wear a red shirt. The school motto (missing from the shield) is ‘Floreat Schola Bedfordiensis’ (‘May Bedford School Flourish’).