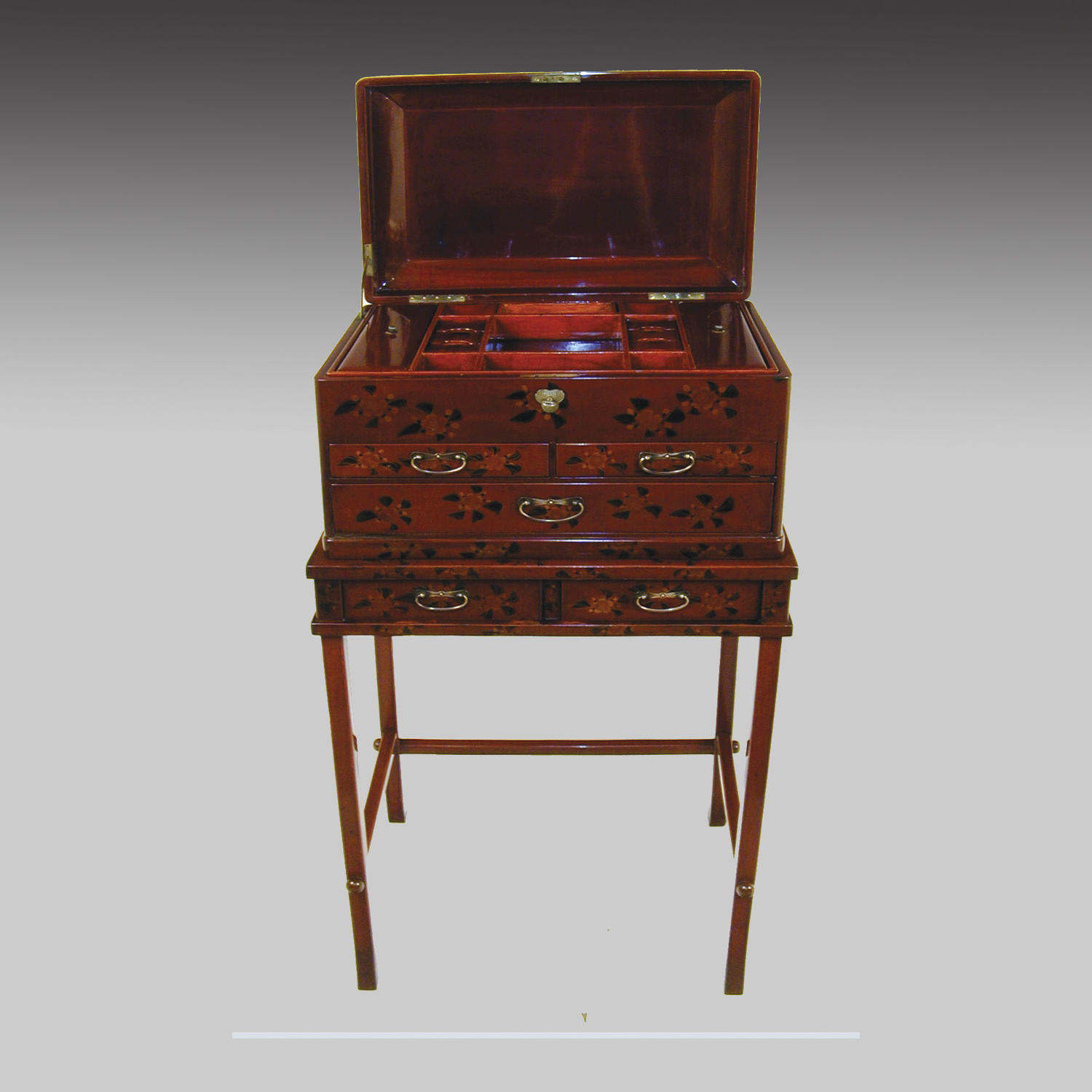 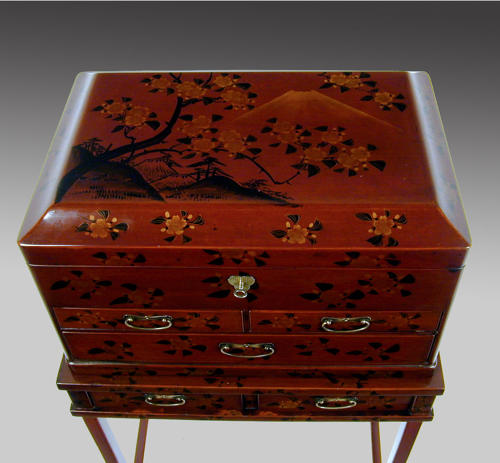 Anglo Japanese Red Lacquer box on stand. The rectangular rising top with chamfered sides is decorated with stylised flowering prunus and a view of Mount Fuji. The interior fitted with divisions and two lidded compartments to a removable tray with space below over two short and one long drawer, each with fine brass bale handles. The stand with two further short drawers over outswept feet joined by stretchers.

The International Japanese-British Exhibition at White City, London in 1910 brought such items into fashion much of which was retailed by Liberty’s.