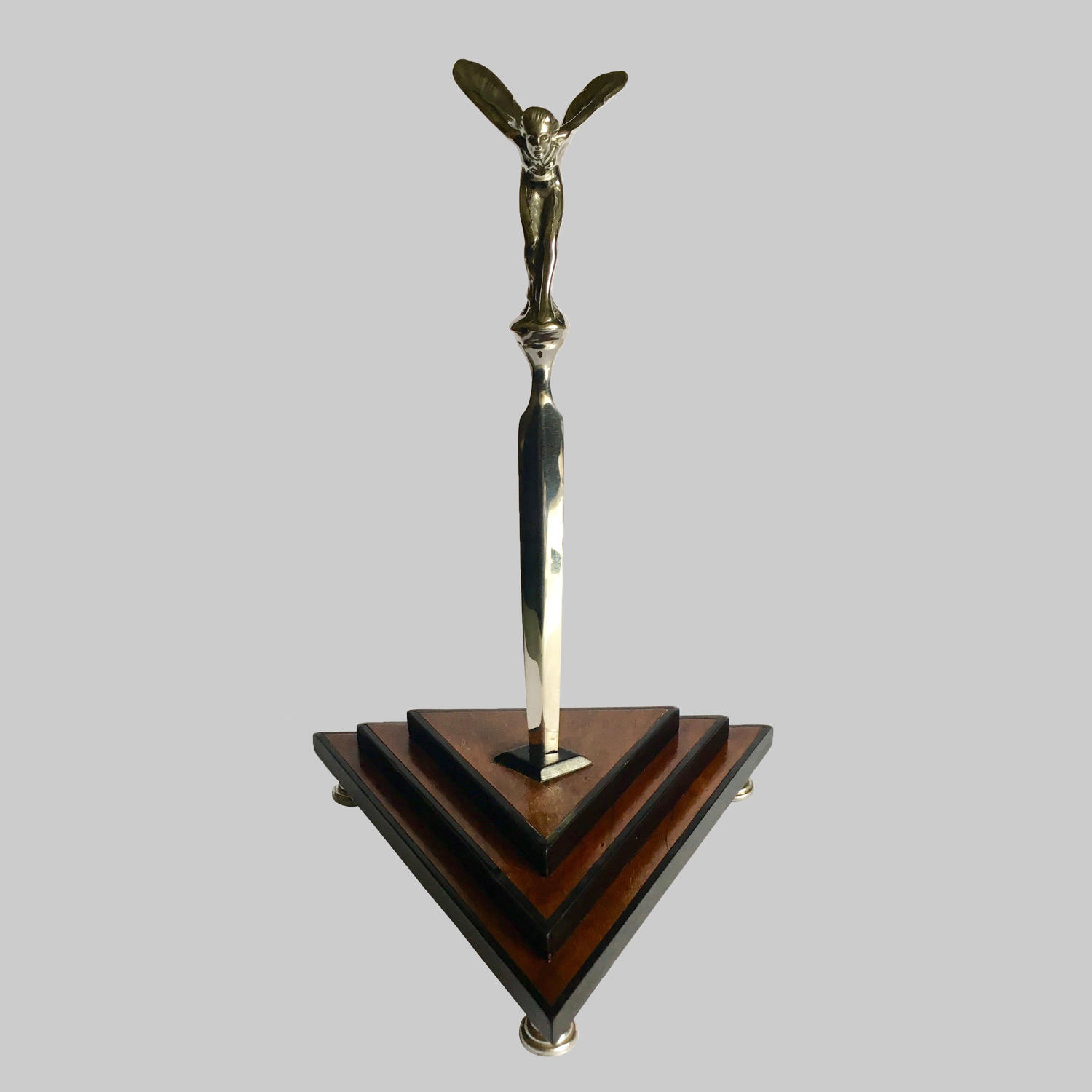 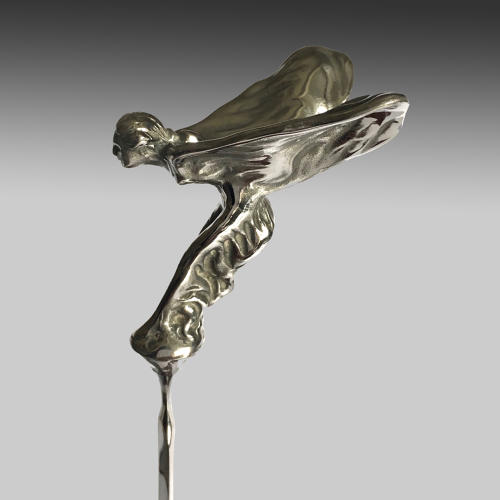 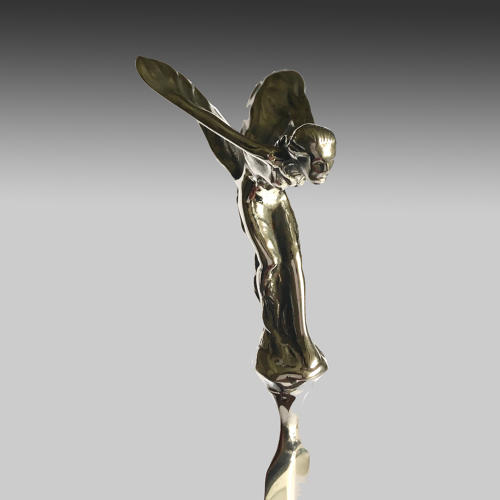 Rolls Royce ‘Spirit of Ecstasy’ silver-plated paper knife,  the emblem, portraying what has become known as the‘Flying Lady’ and used as the mascot to Rolls Royce cars. The female figure, with arms outstretched, leans forward, wearing a floating dress.
Originally sculpted by Charles Robinson Sykes in 1911, the woman is reputedly modelled on Eleanor Velasco Thornton, the lover of John Edward Scott-Montagu, Baron Montagu of Beaulieu. This knife was presented  to a gentleman by the Rolls Royce agent when he took delivery of his new car in 1980.
Now mounted on a stepped, triangular, walnut and ebony display stand.
English, circa 1980