The 19th century antique Kashmiri cabinet of wood painted and varnished with gold decoration on a black ground with designs of interlacing leafy vines of roundels and cartouches. The sides, top and back are all decorated in the same manner. To the top, a central roundel bears the crest and motto, 'spes tutissima coelis', being that of the King family from Boyle Abbey, Co. Roscommon, Eire. The cabinet doors open to an interior decorated with the paisley design as found on shawls and which was influenced by designs from Persia. The drawers to the interior are all fitted with partitions, painted a matte blue, and were probably intended to display gemstones. 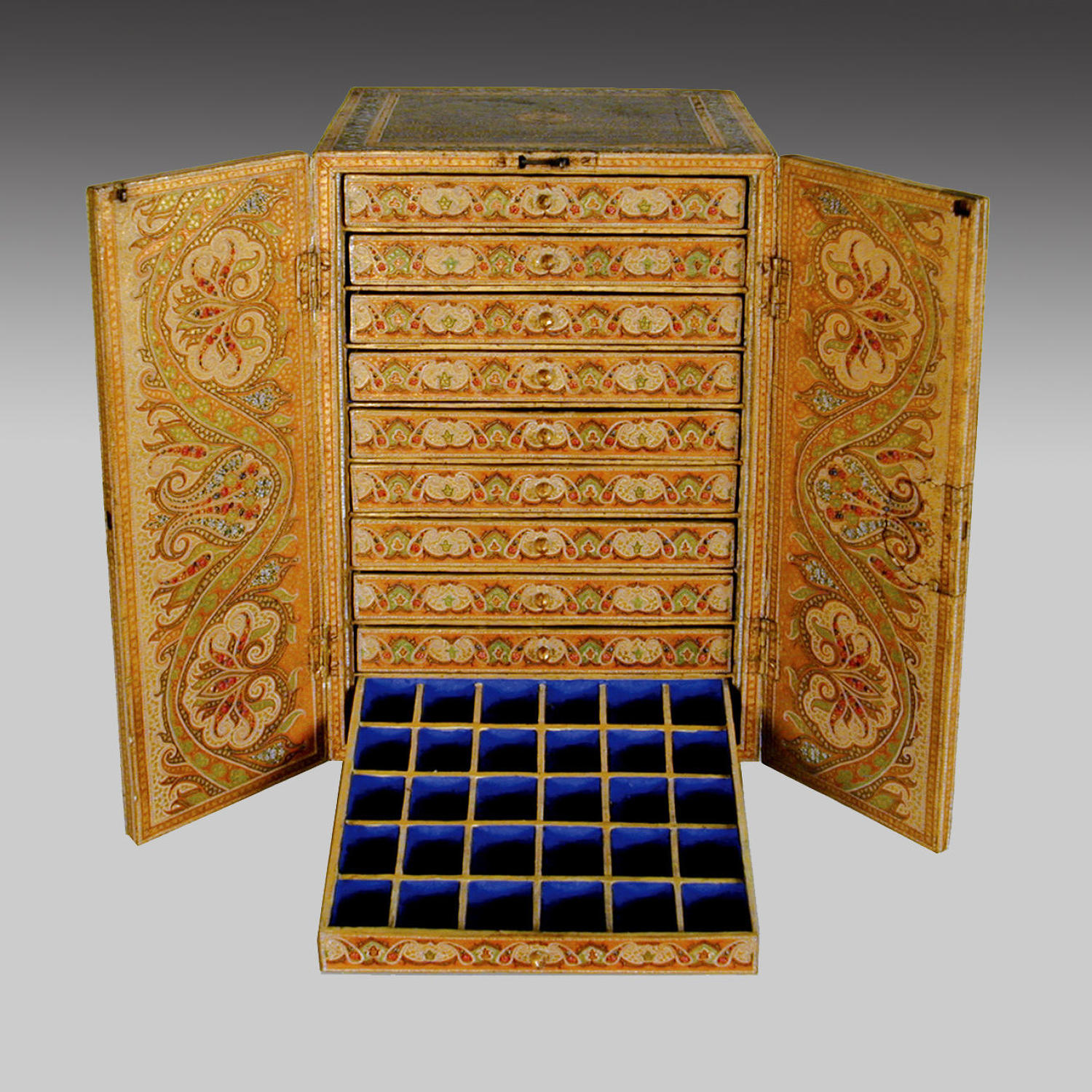 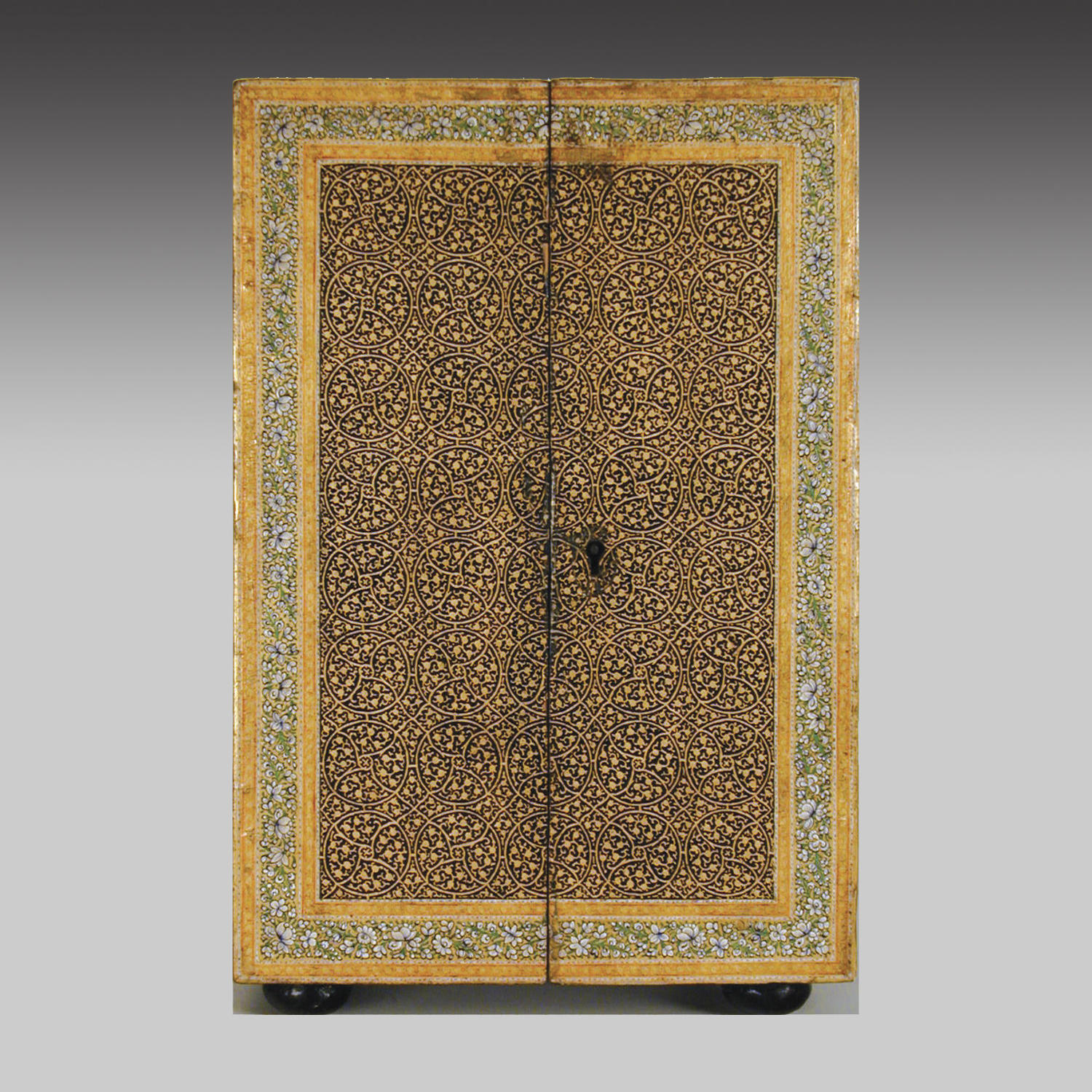 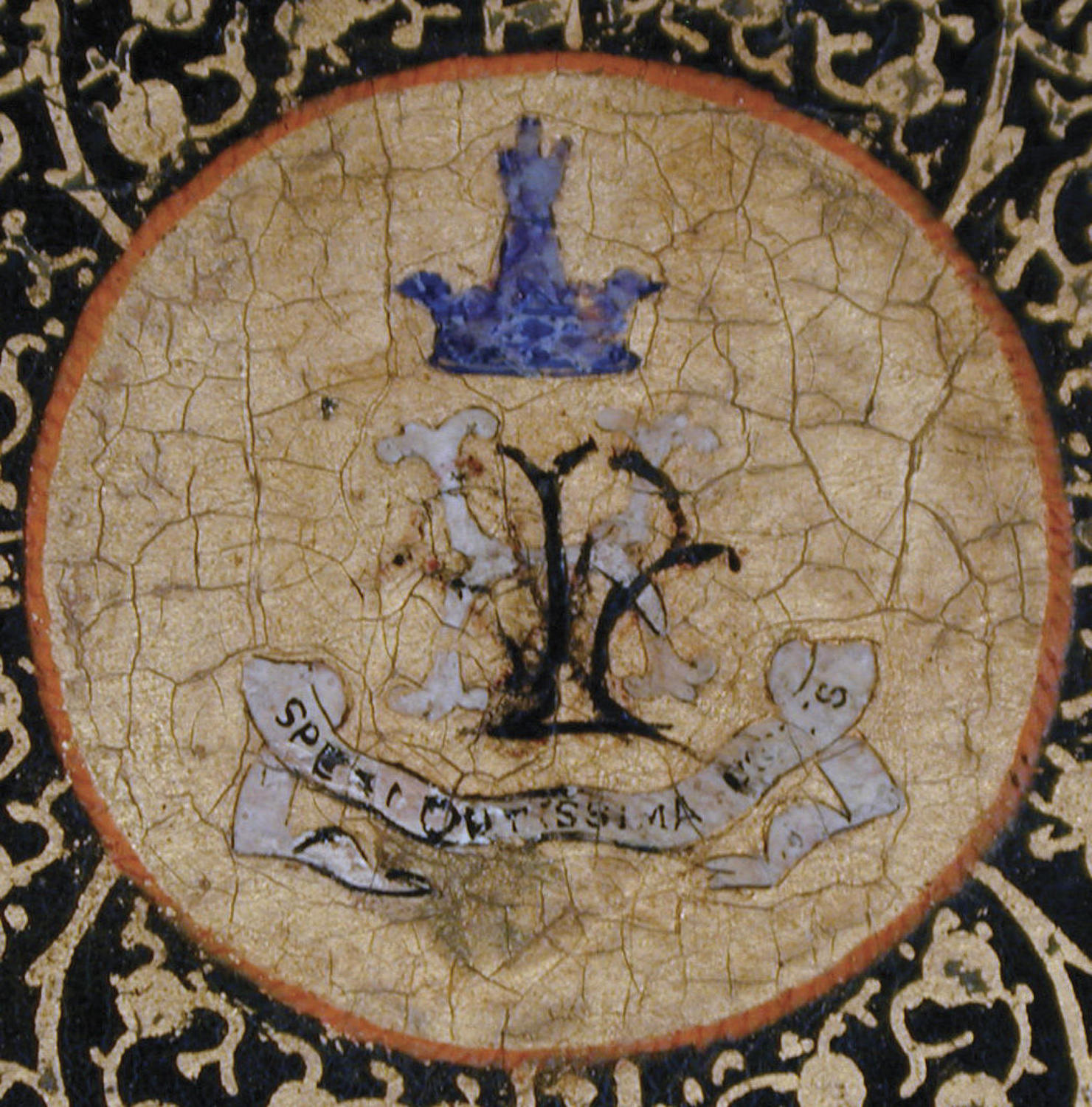