Regency rosewood sofa table by William Wilkinson. The well figured rectangular top, with folding leaves and canted corners, over a panelled frieze with a pair of concealed shallow drawers, with dummy drawers to the reverse. Supported by a pair of trestle ends, united by a turned stretcher, classical columns and ormolu roundel mounts, the plinth bases are supported by winged ebonised lions’ paw feet that conceal castors. Bears impressed maker’s name: WILKINSON LUDGATE HILL, (LONDON)and the Number 11028.
English, circa 1810 - 1820 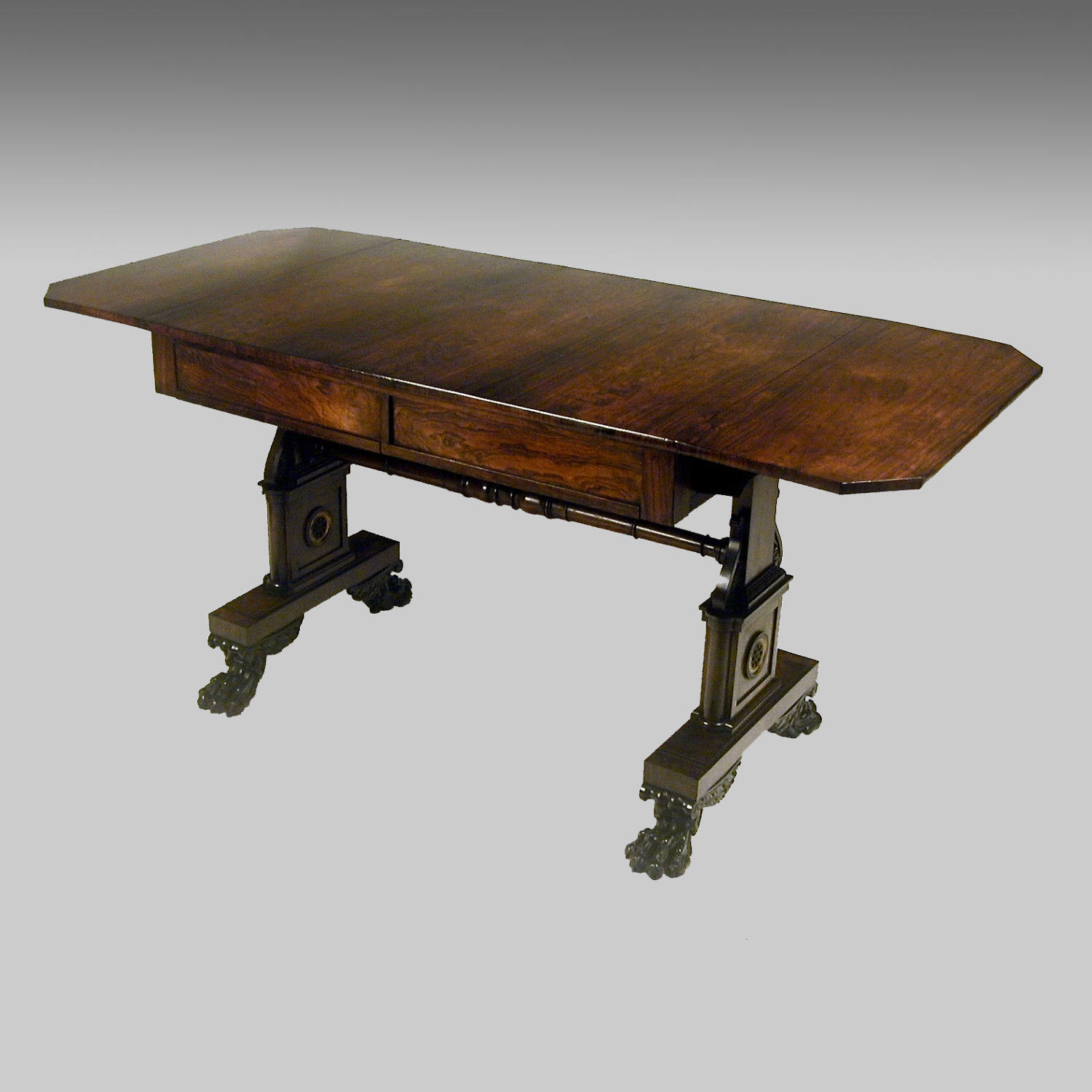 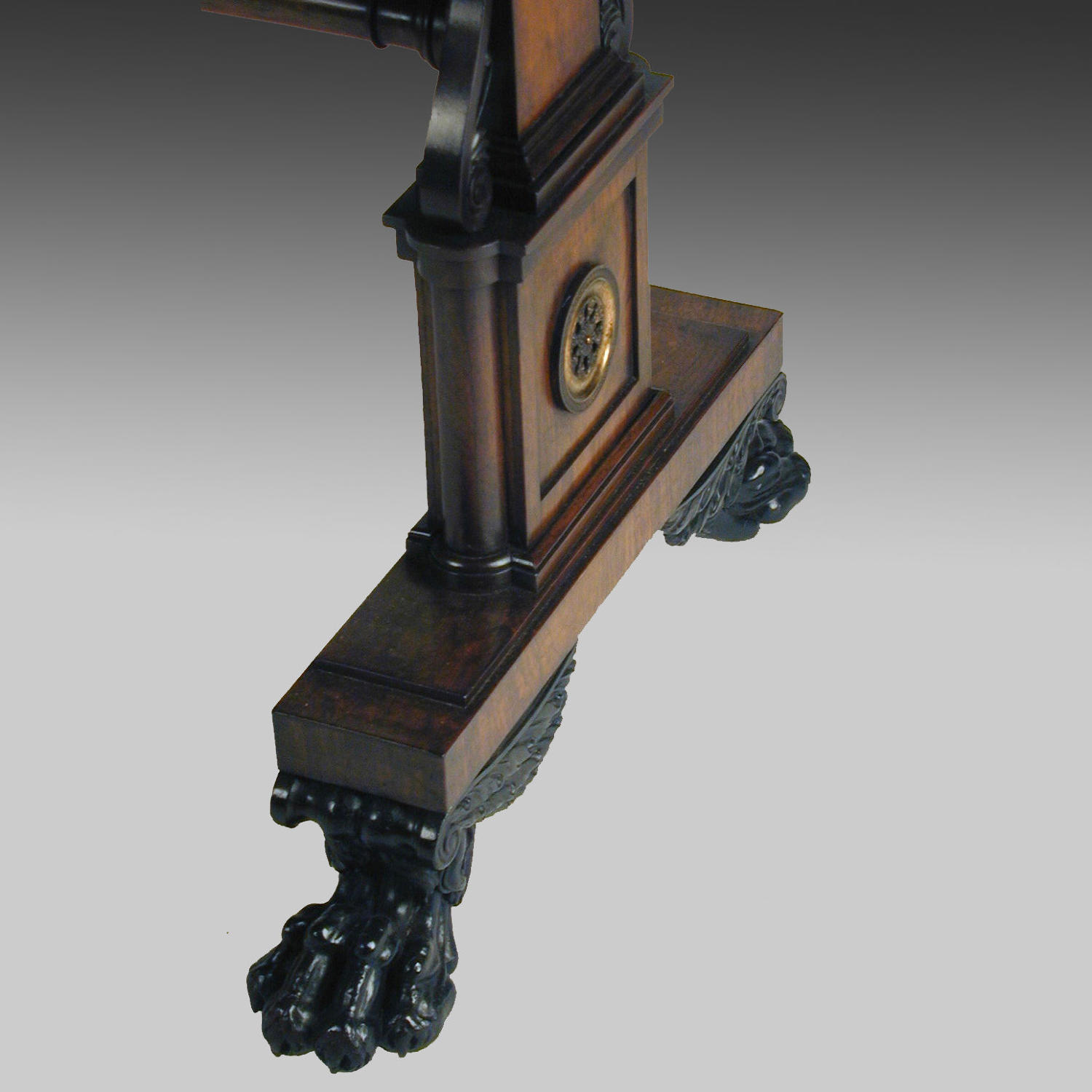