Grand Tour, bronze “Ariadne on the Panther’ after the neo-classical masterpiece by Johann Heinrich von Danneker. Ariadne lies naked upon the back of one of Dionysius’ panthers with her cloak draped over the animal’s back and held in her left hand. She looks over her left shoulder and clutches her foot with her right hand. Raised on a shaped, stepped vert antique marble base.
Italian, circa 1830 - 1880

Johann Heinrich von Danneker (1758 - 1841) began his training in sculpture in his native town of Stuttgart, becoming court sculptor for the Duke of Württemberg in 1780. He first made a terracotta model of ‘Ariadne on the Panther’ in 1803, executing the work in marble between 1810 and 1814. It has been considered his masterpiece and was one of the most important sculptures of the 19th century. It was originally commissioned and paid for by the Frankfurt banker Simon Moritz von Bethmann, who built a small neo-classical museum in his garden which was completed in 1816. Open to the public, this was Frankfurt’s first purpose-built museum and people flocked from all over Europe to visit and admire Ariadne. It is housed today in the Liebieghaus Sculpture Collection in Frankfurt, having been donated to the city by the Bethmann family in 1941. Danneker created a motto for the model stating that it expressed ‘wildness tamed by beauty’.

The Cretan princess Ariadne is commonly associated with mazes and labyrinths and her involvement in the myths of the Minotaur and Theseus. Abandoned by Theseus in Naxos, she was rescued by Dionysus, with whom she fell in love and then married. Legend portrayed Dionysus as being loyally attended by wild animals such as the lynx and the panther or leopard, with the panther being the most graceful, fascinating and yet savage. 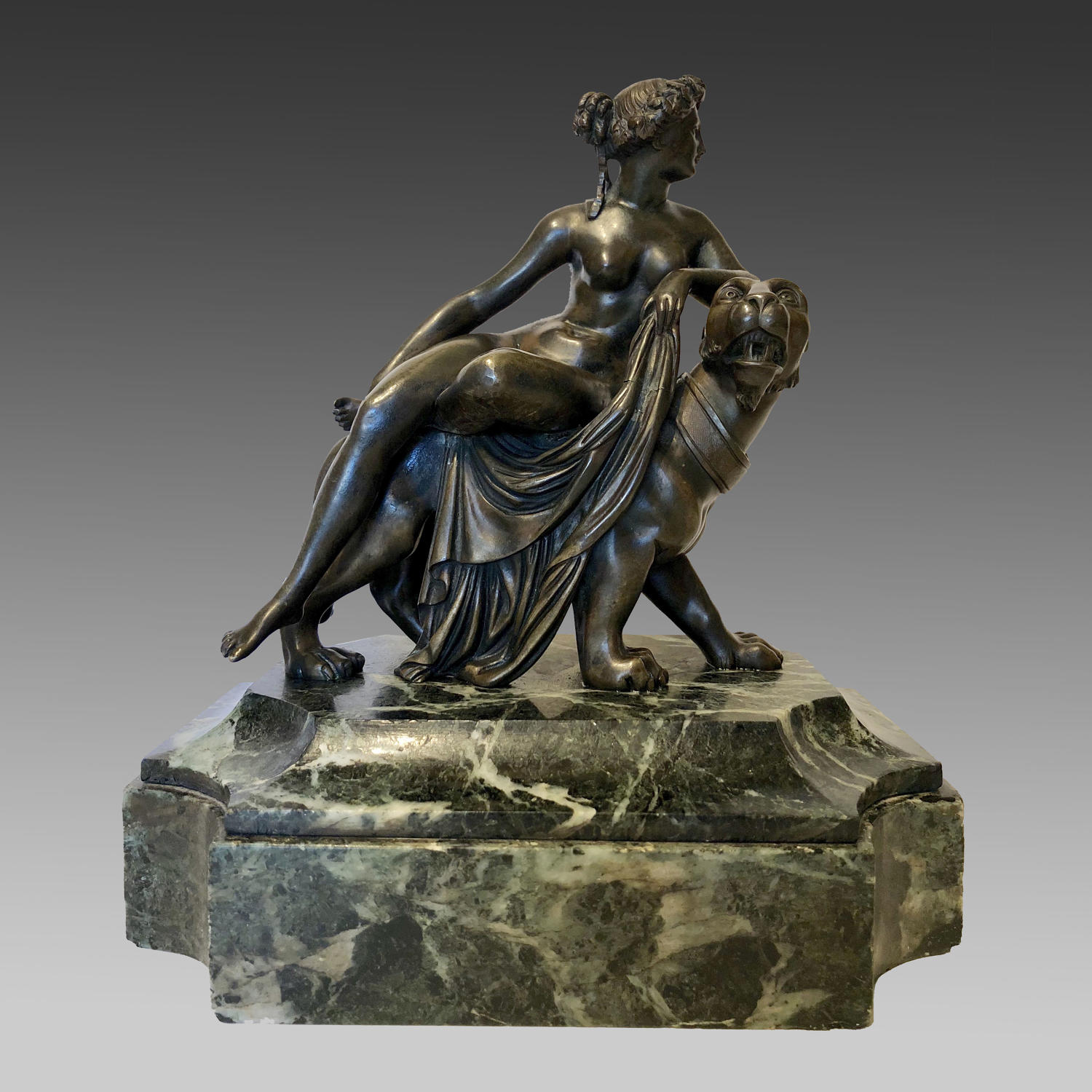 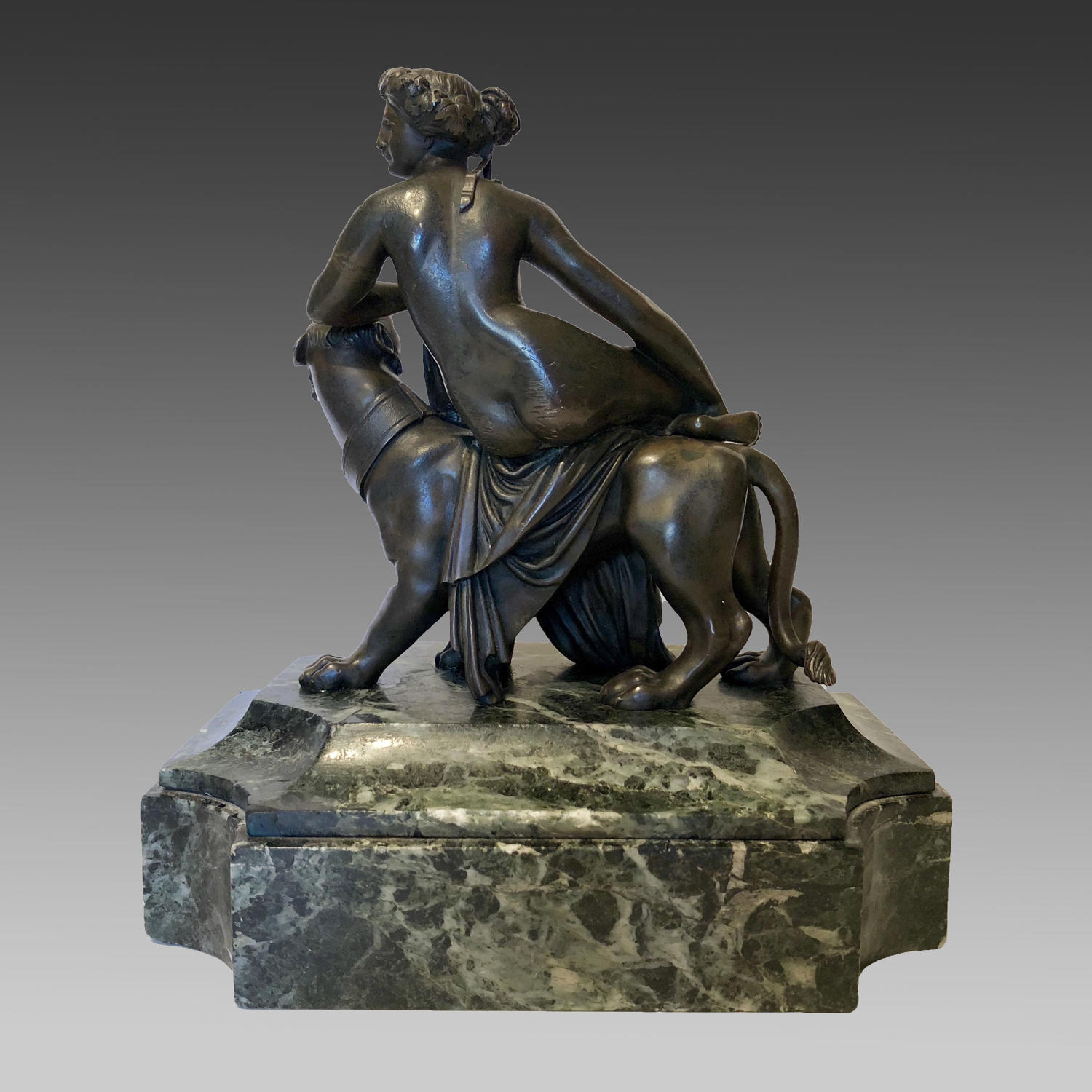