Small figure of Spinario, after the original and made as a Grand Tour Souvenir. A Roman masterpiece of the late first century BC, it is one of the few large-scale bronze sculptures to survive from antiquity. It brilliantly captures the intense concentration of a boy extracting a thorn from his foot. First documented in the 12th century, it was one of the ancient works of art that inspired the Italian Renaissance and, in the 17th and 18th centuries, it became one of the ‘must-see’ items of the Grand Tour.
Italian, 19th century

The Greco-Roman bronze sculpture of the Spinario – or the Thorn Puller – is also known as Il Fedele or Fedelino. It is one of the very few Roman bronzes that was never lost to sight, having been recorded as standing outside the Lateran Palace, an ancient palace of the Roman Empire and subsequently the principal papal residence, in the early 12th century. It may have been transferred with other sculptures to the Palazzo dei Conservatori by Pope Sixtus lV in the 1470s. Becoming a celebrated sculpture in the Early Renaissance, it was one of the first Roman works of art to be copied, with reductions by Severo da Ravenna and Jacopo Buonaccolsi. Copies of the sculpture also achieved great popularity as souvenirs from the Grand Tour. The Spinario is also one of the works that Napoleon was said to have proudly confiscated to the Louvre in his endeavour to loot all of Italy of its antiquities. It was returned following his fall. 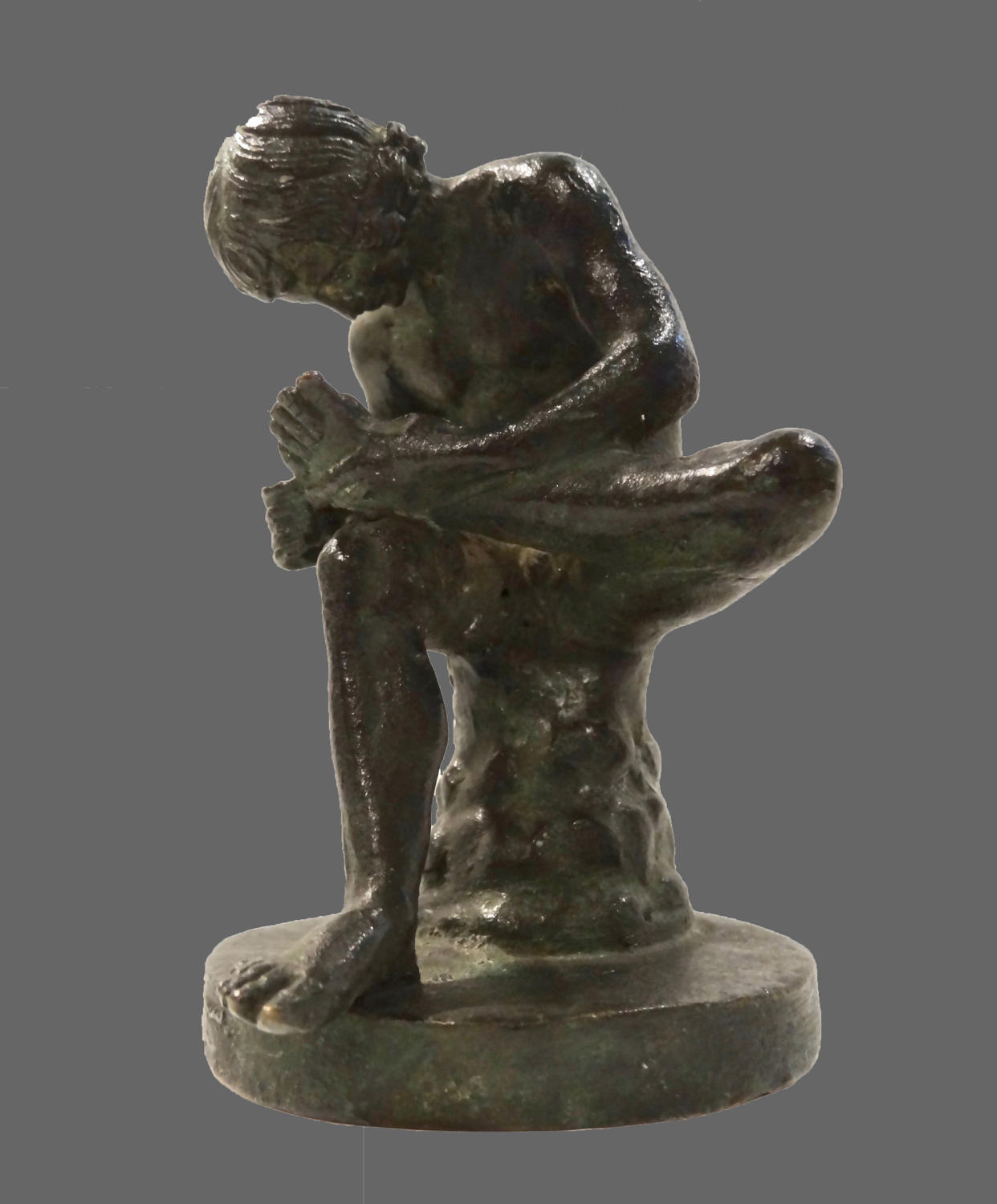 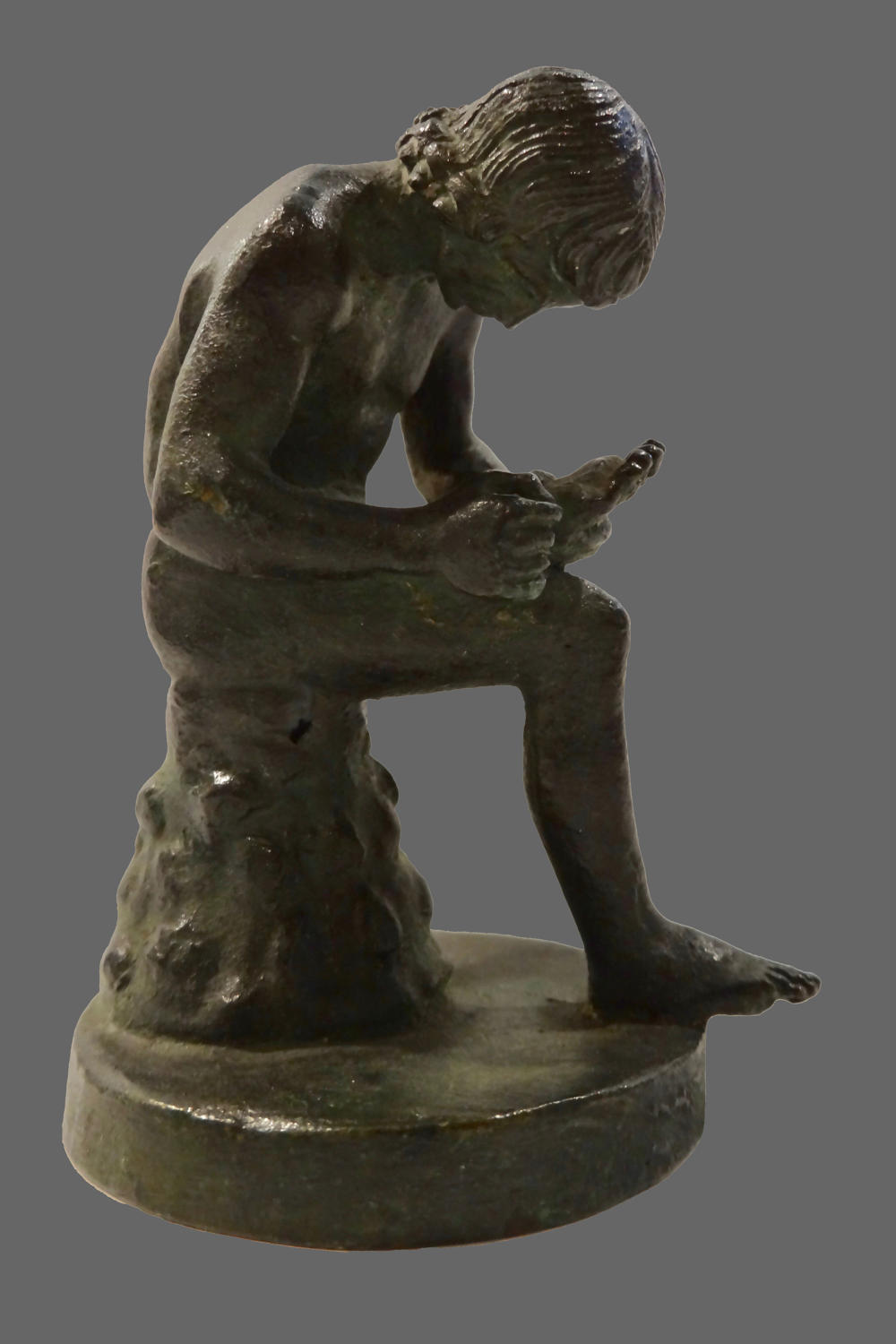 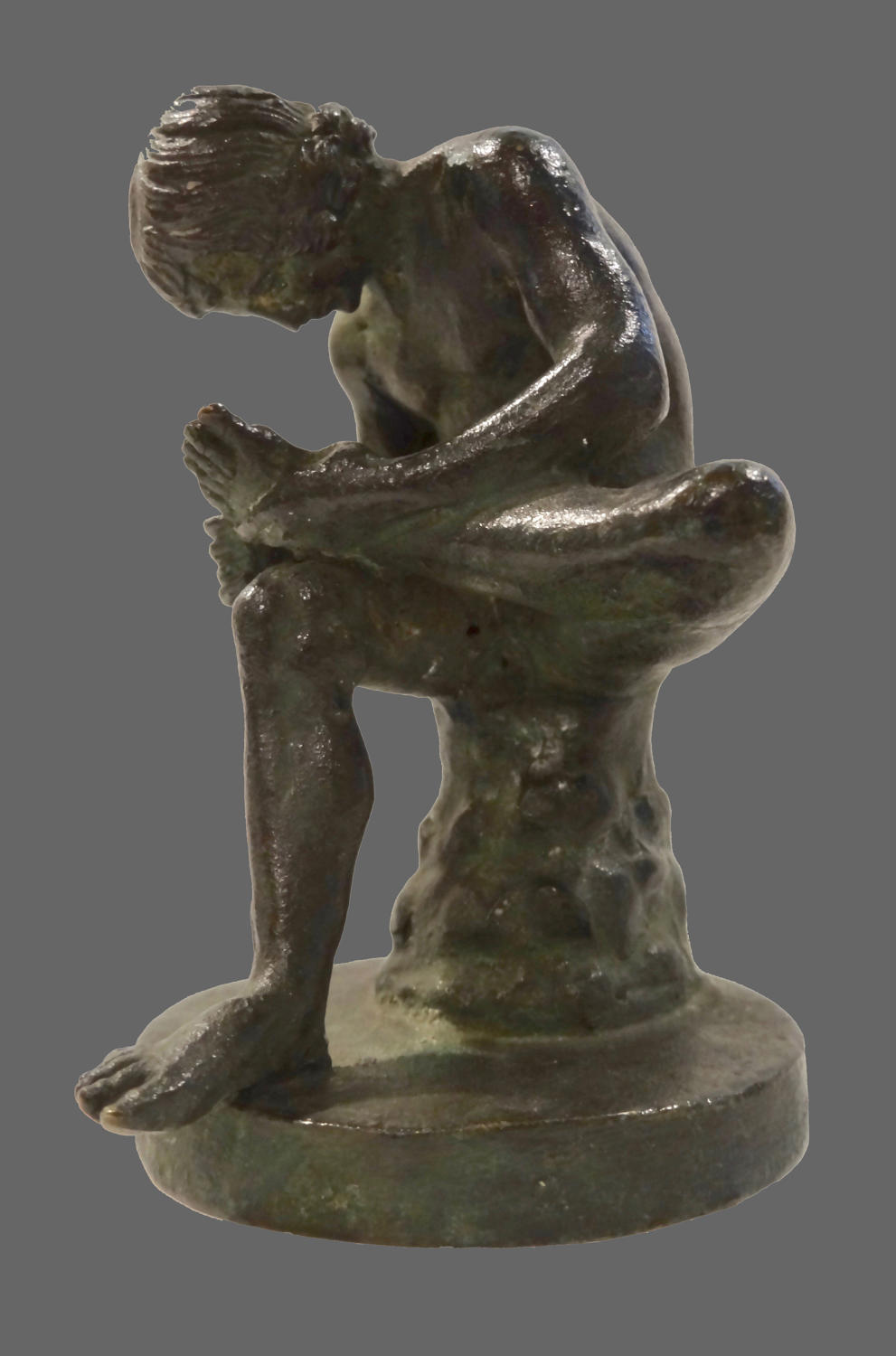 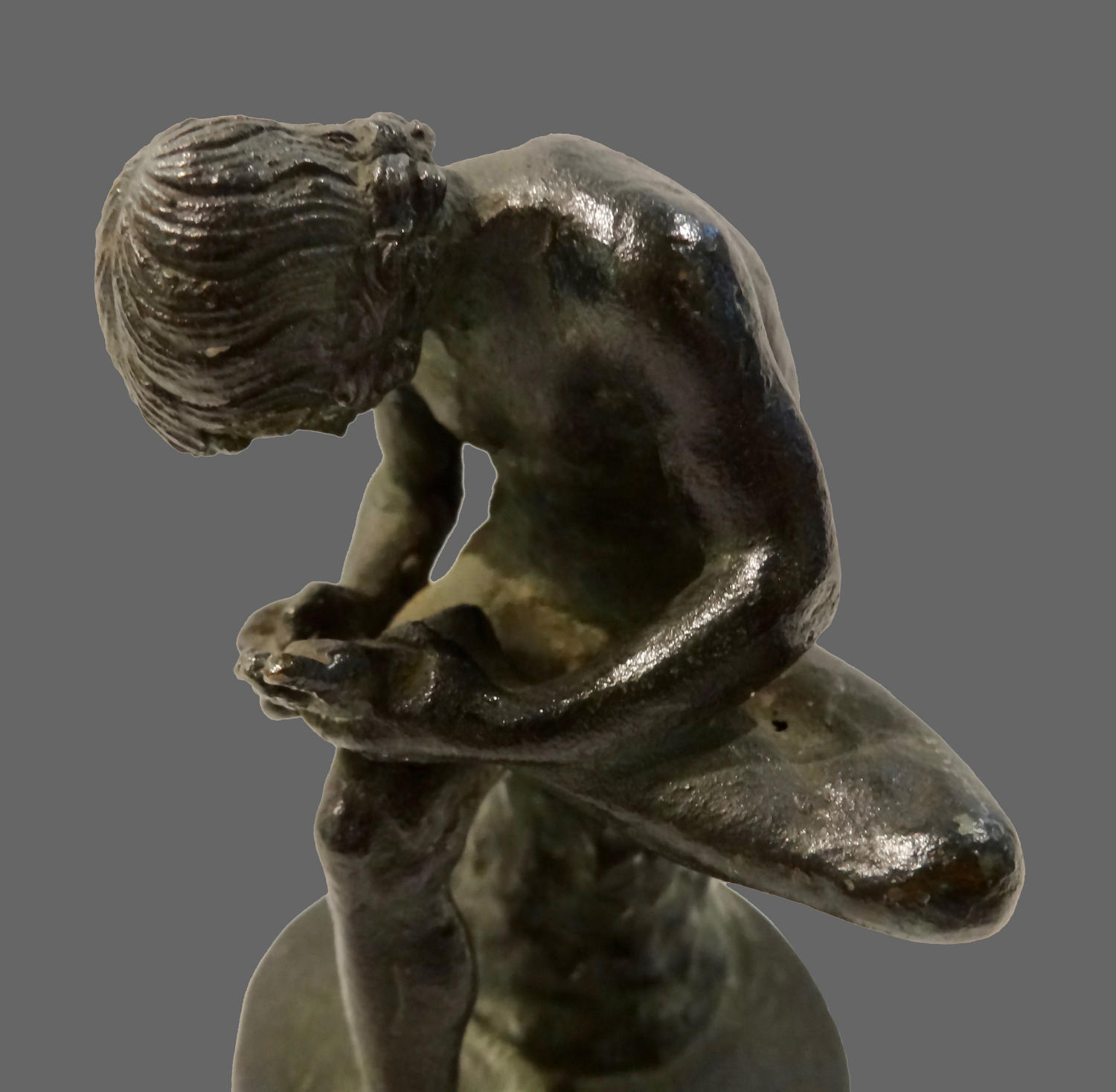 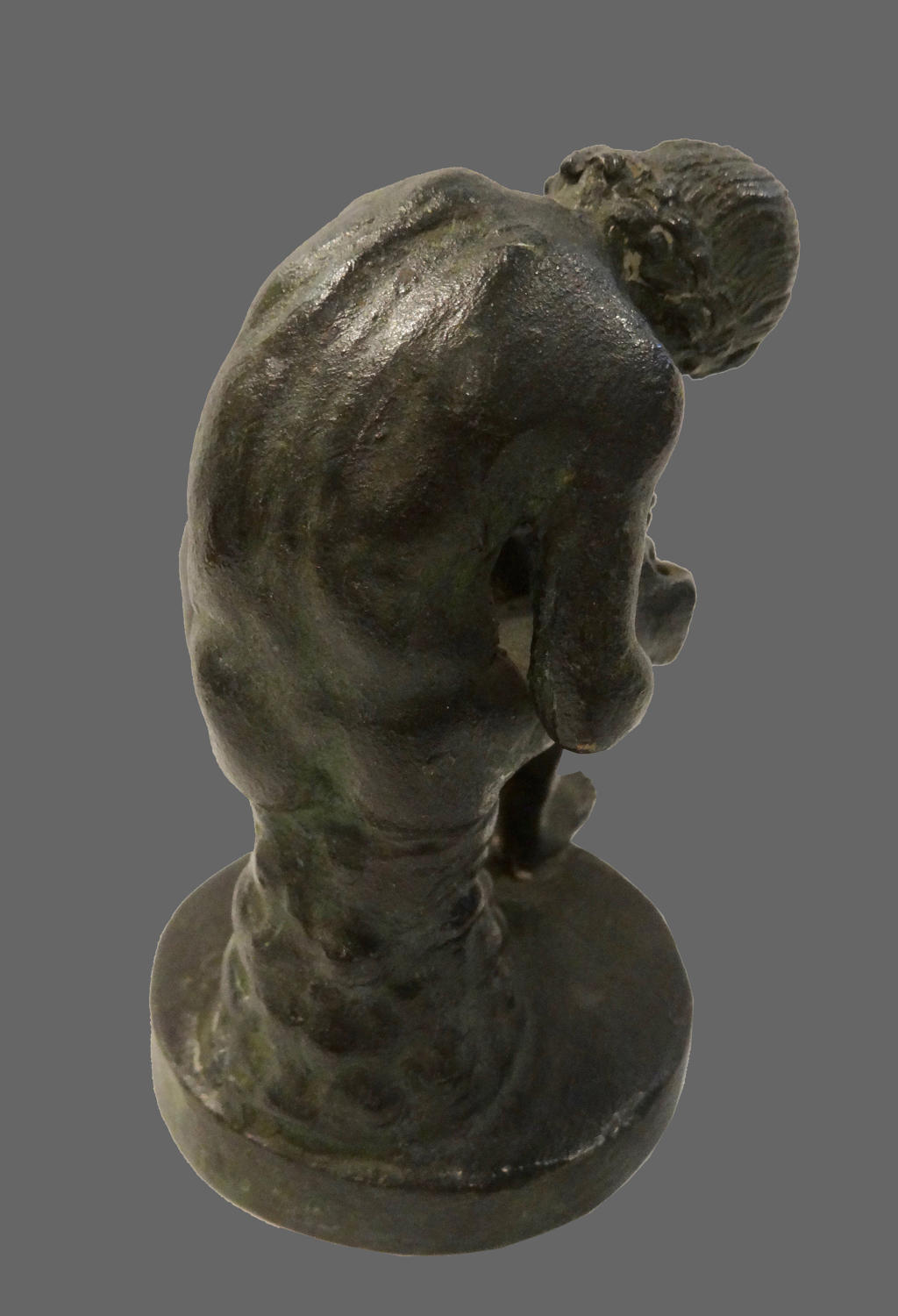