Promotional Jigsaw of RMS ‘Aquitania’. ‘Approved by and manufactured for the Cunard Steamship Co Ltd (1879 – 1934) by The Chad Valley Co. Ltd, Harborne, England’. Puzzle showing cross sectional view of the internal arrangements of the ship in over 300 pieces. Complete with red card box with printed paper label, with numbered index to inside of lid identifying each area of the ship. Accompanied by Chad Valley printed leaflets. Printed in full colour and in interlocking plywood, the puzzle is made up and mounted in a black frame with gilt slip. Puzzle can be removed for play.
Jigsaw size: 43” (110cm) x 9 ½” (24cm)
Picture size: W. 46 ¼” (117.5cm) x 12 ⅝” (32cm)
English, circa 1927 - 1934
The Cunard Line existed as the Cunard Steamship Company Ltd between 1879 and 1934, having originally been founded in 1840 as the British and North American Royal Mail Steam Packet Company. RMS Aquitania was a British ocean liner from the Cunard Line in service from 1914 to 1950 and capable of originally carrying up to 5,000 passengers. Built in Clydebank in Scotland, she was launcher on 21st April 1913 and sailed her maiden voyage from Liverpool to New York on 30th May 1914. Widely considered to be one of the most attractive ships of the time, Aquitania earned the nickname ‘the ship beautiful’ from her passengers. Chad Valley Toys originated in Birmingham in the early part of the 19th century, moving to the Chad Valley in the suburb of Harborne, where its success grew. In 1938, the company received a royal warrant as ‘Toymakers to HM The Queen’. Their range of ships of the Cunard Line jigsaws was first manufactured in 1927. 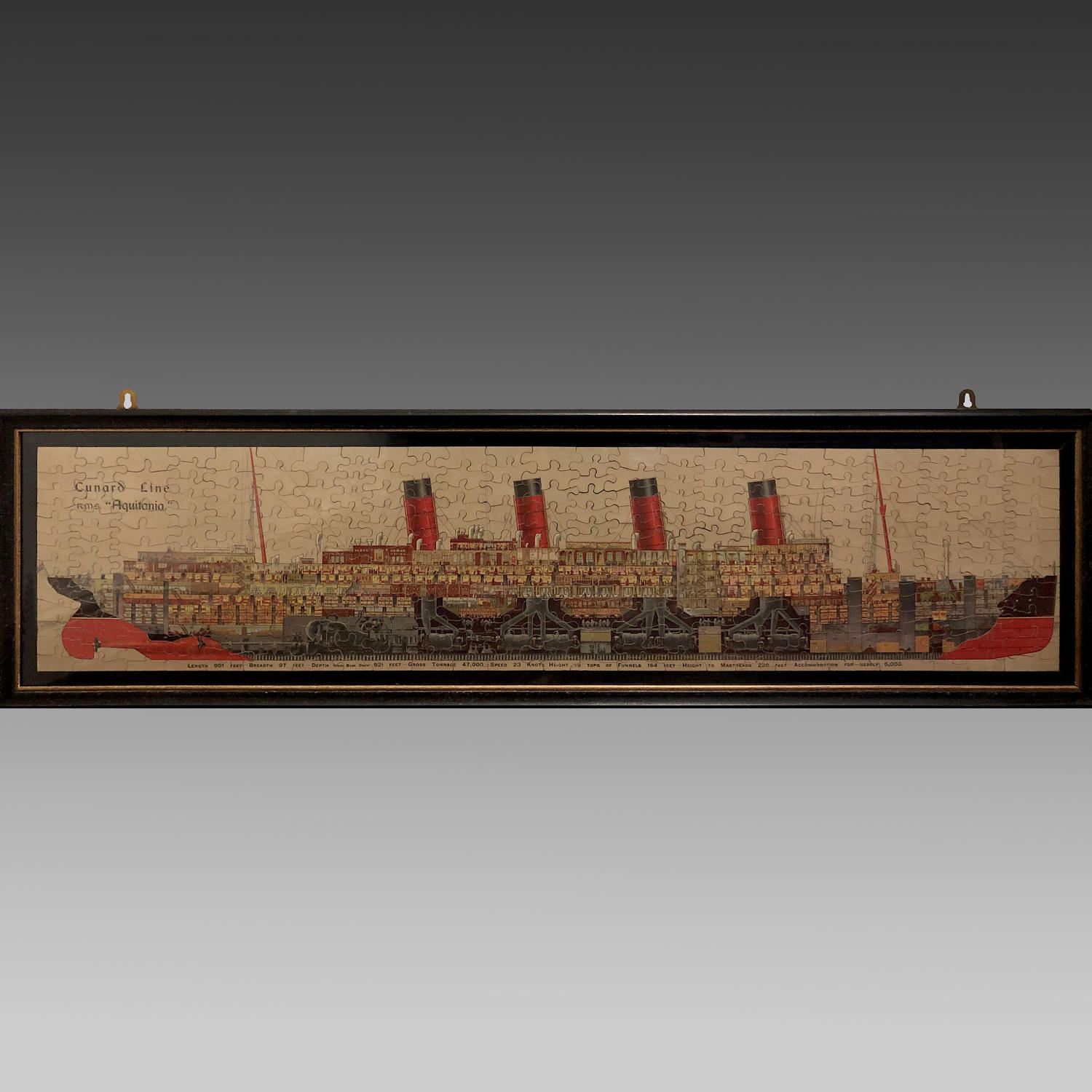 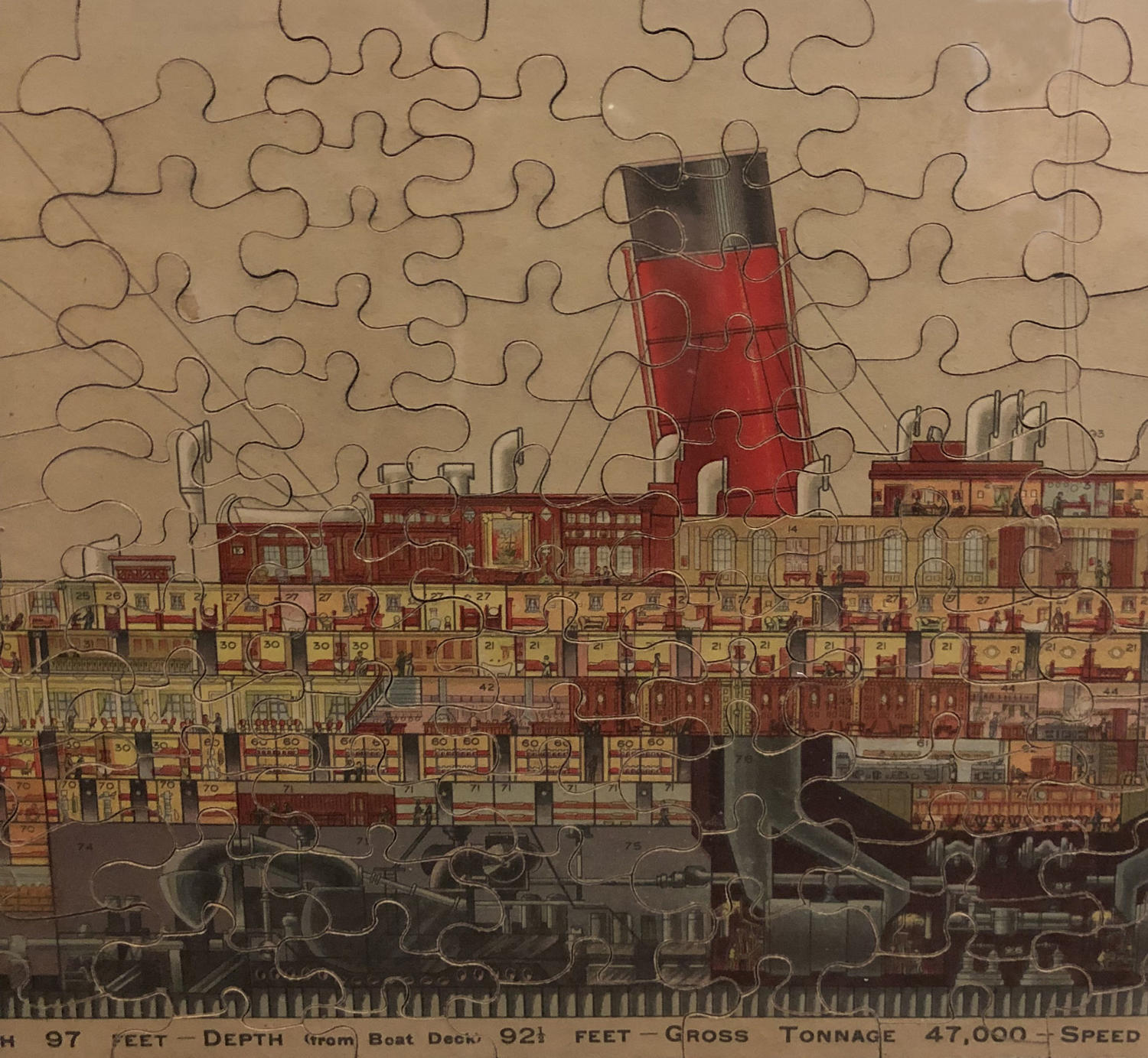 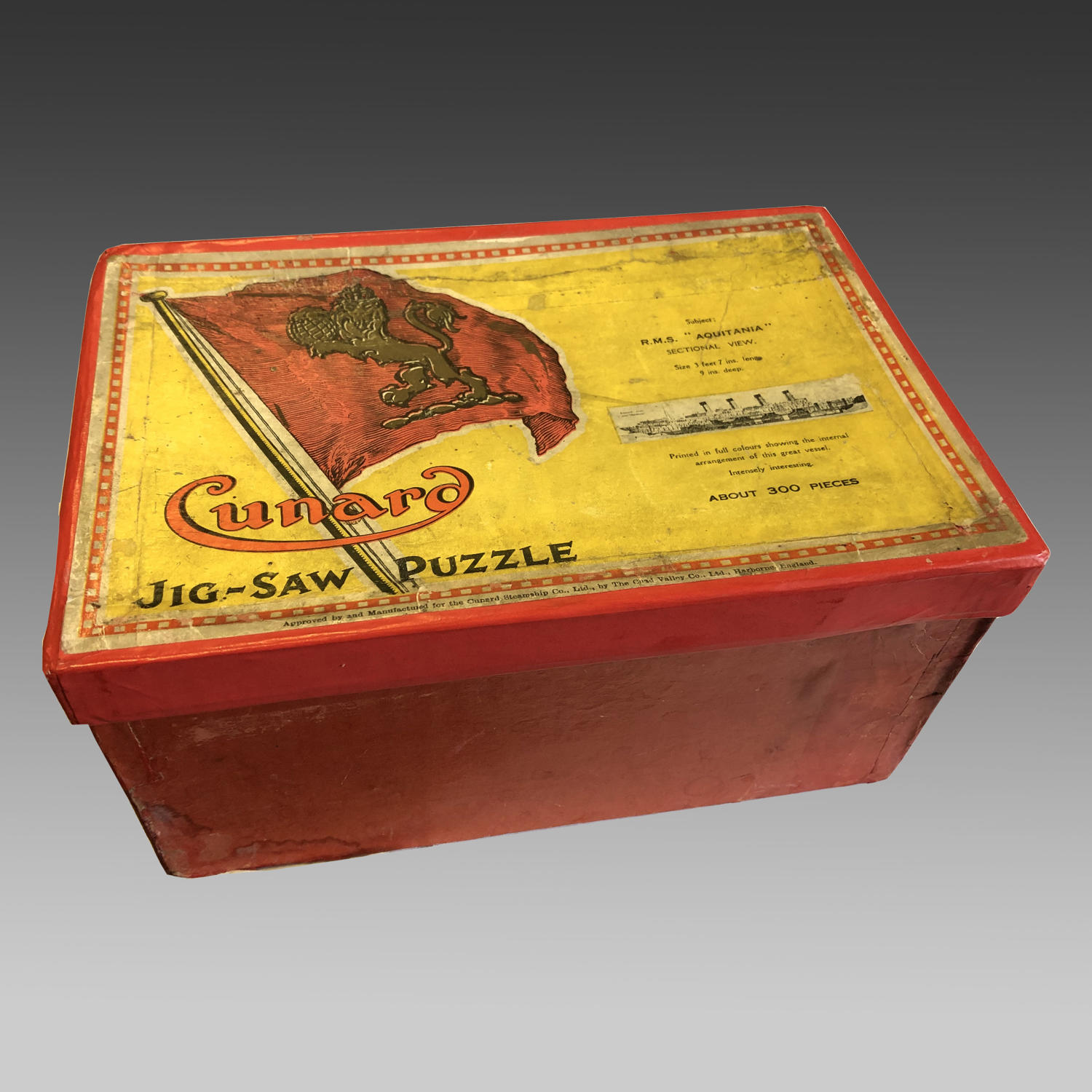