Vintage walnut solitaire board, the turned walnut board with moulded edge and three flat bun feet with glass marbles.
English, circa 1900 - 1930 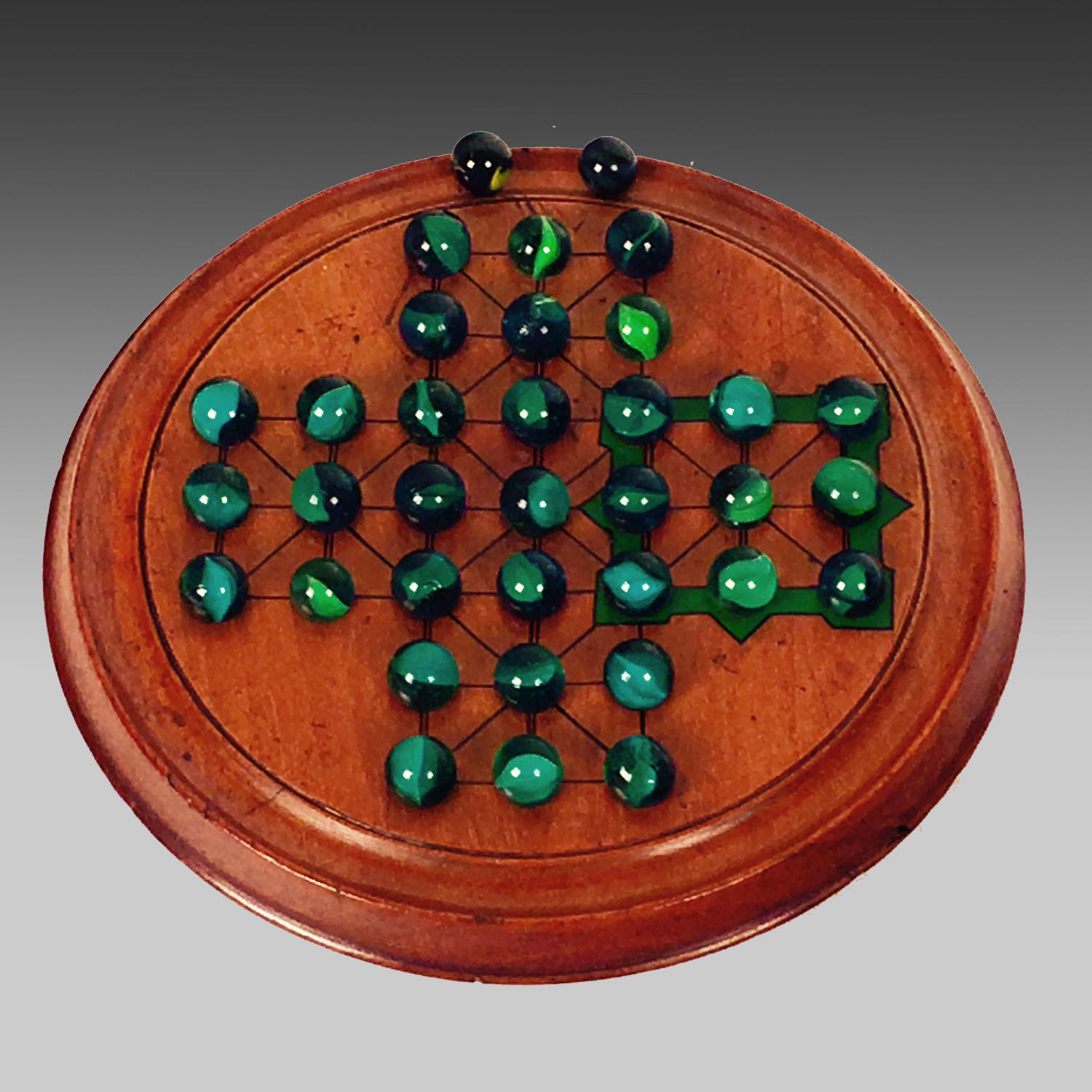 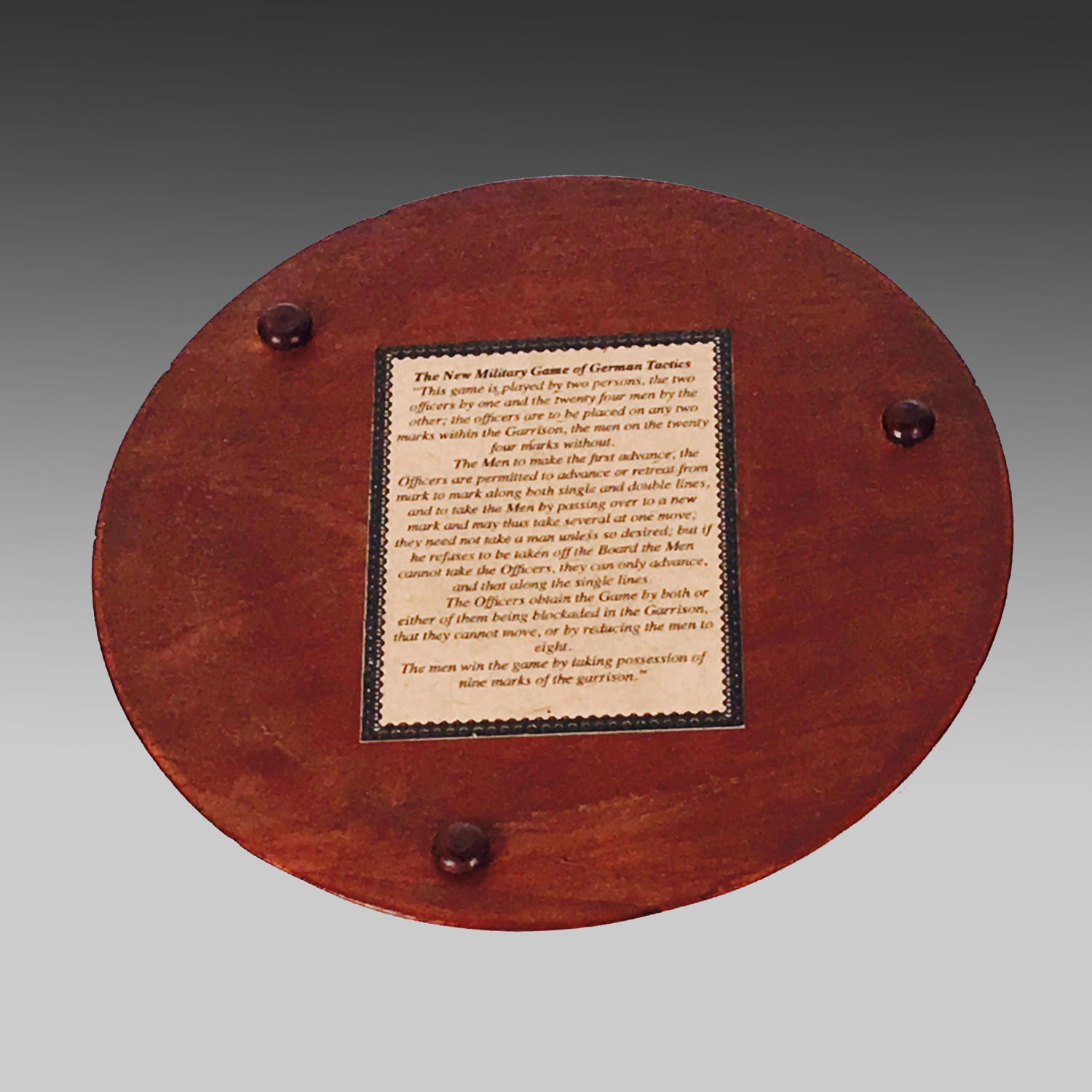