19th century boxed ‘superior dissection jigsaw’ map of Europe by W.Peacock. The wooden jigsaw is a printed map of Europe that is inscribed: ‘Published by Gall & Inglis, 20 Barnard Street, Edinburgh & 25 Paternoster Square, London.’ Polished mahogany box with sliding lid and fine printed paper label. Now in a frame which can easily be removed for play.
British, circa 1890 - 1900 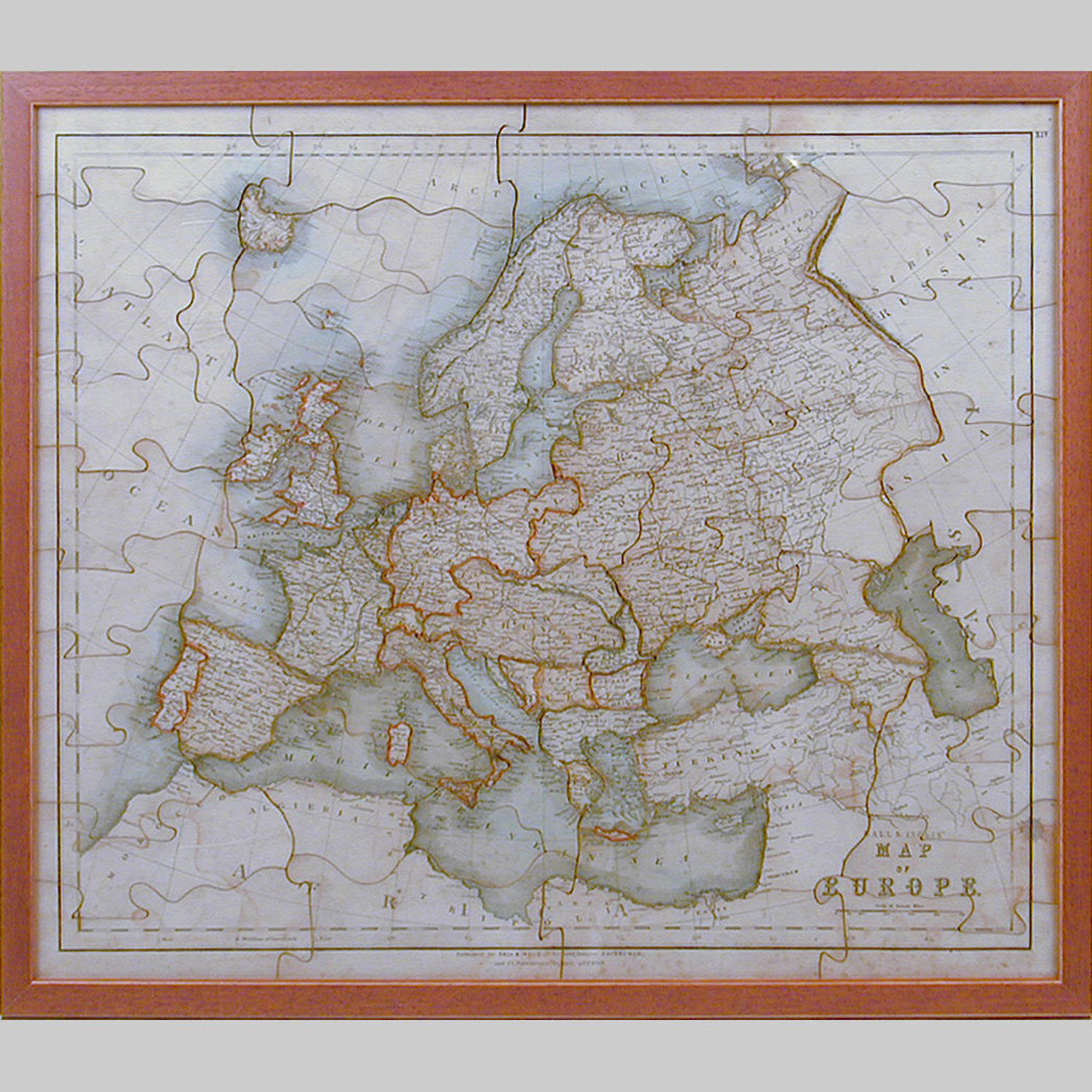 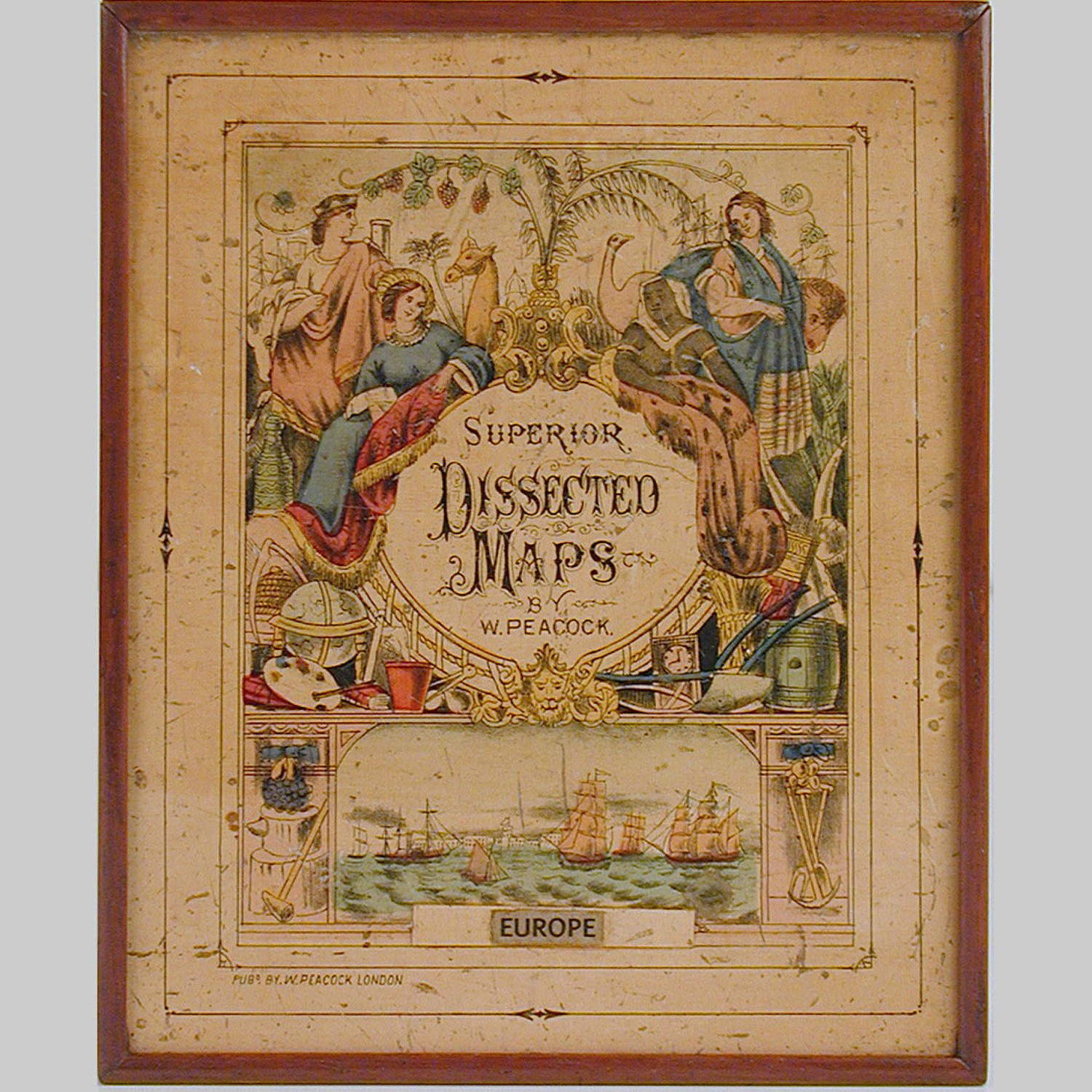