Rare & antiquarian books: Late 18th century leather bound Welsh ‘Bibl’, published 1770 in Camarthen by John Ross for the Reverend Peter Williams. Earliest Welsh bible issued with a commentary and the first edition of the bible ever printed in Wales. The Old and New Testaments with Apochrypha and psalms included, bound in full tan calf, gilt banding and gilt title ‘BIBL’ to spine. Five brass studs to both front and back boards. Marbled endpapers. Inscribed on the page between the Apochrypha and the New Testament the names of Evan Evans (1786 - 1861), Penrhiwdrych, and his wife, Ann (1789 - 1869), along with the names of the Jinkins Evans family dated 1817. Restoration to front 8 page and 3 rear pages. V. Good condition, with only slight rubbing to board, spine edges and corners. Foxing and discolouration throughout but all pages present and intact. Spine largely tight. A sound and handsome copy.
Wales, 1770 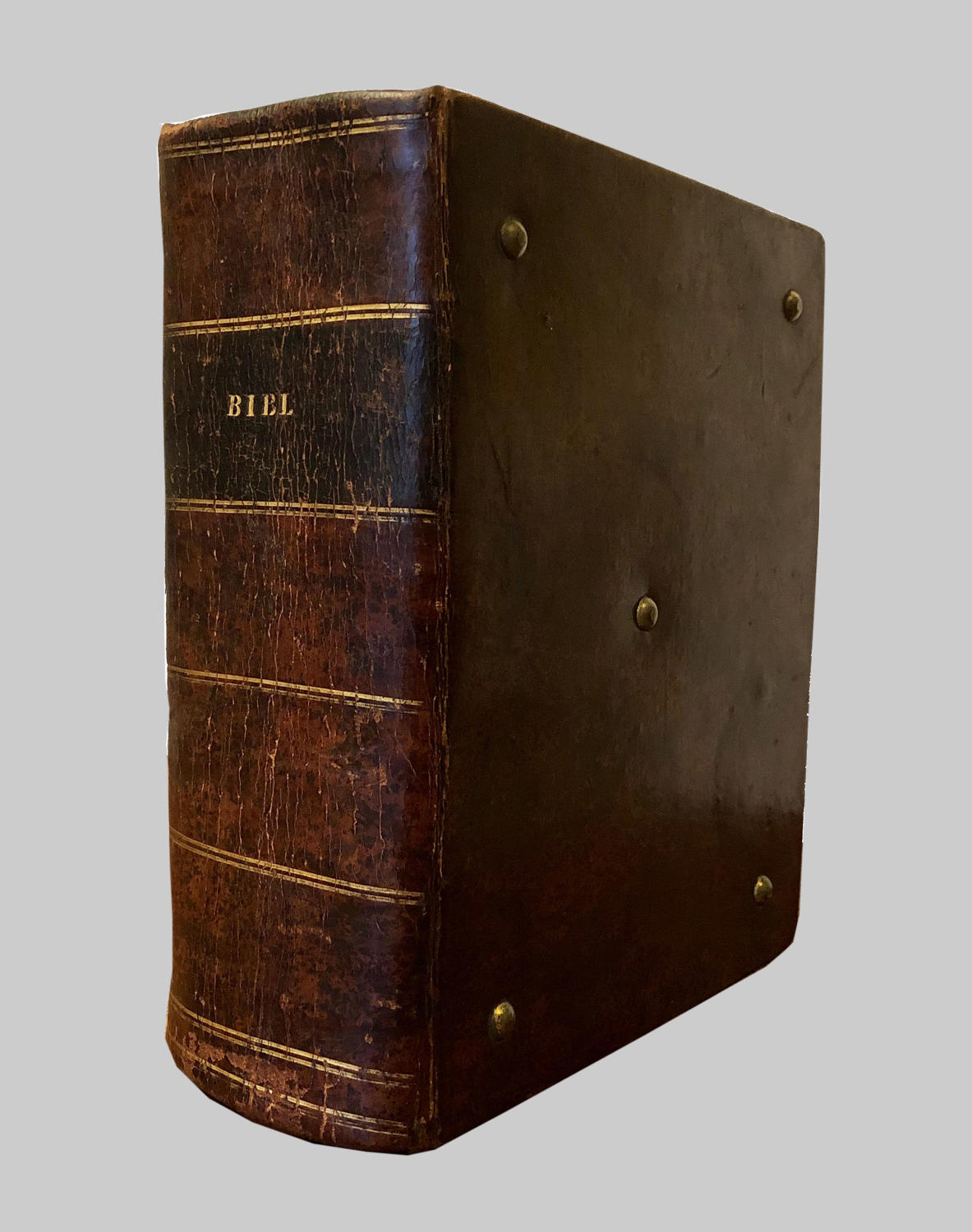 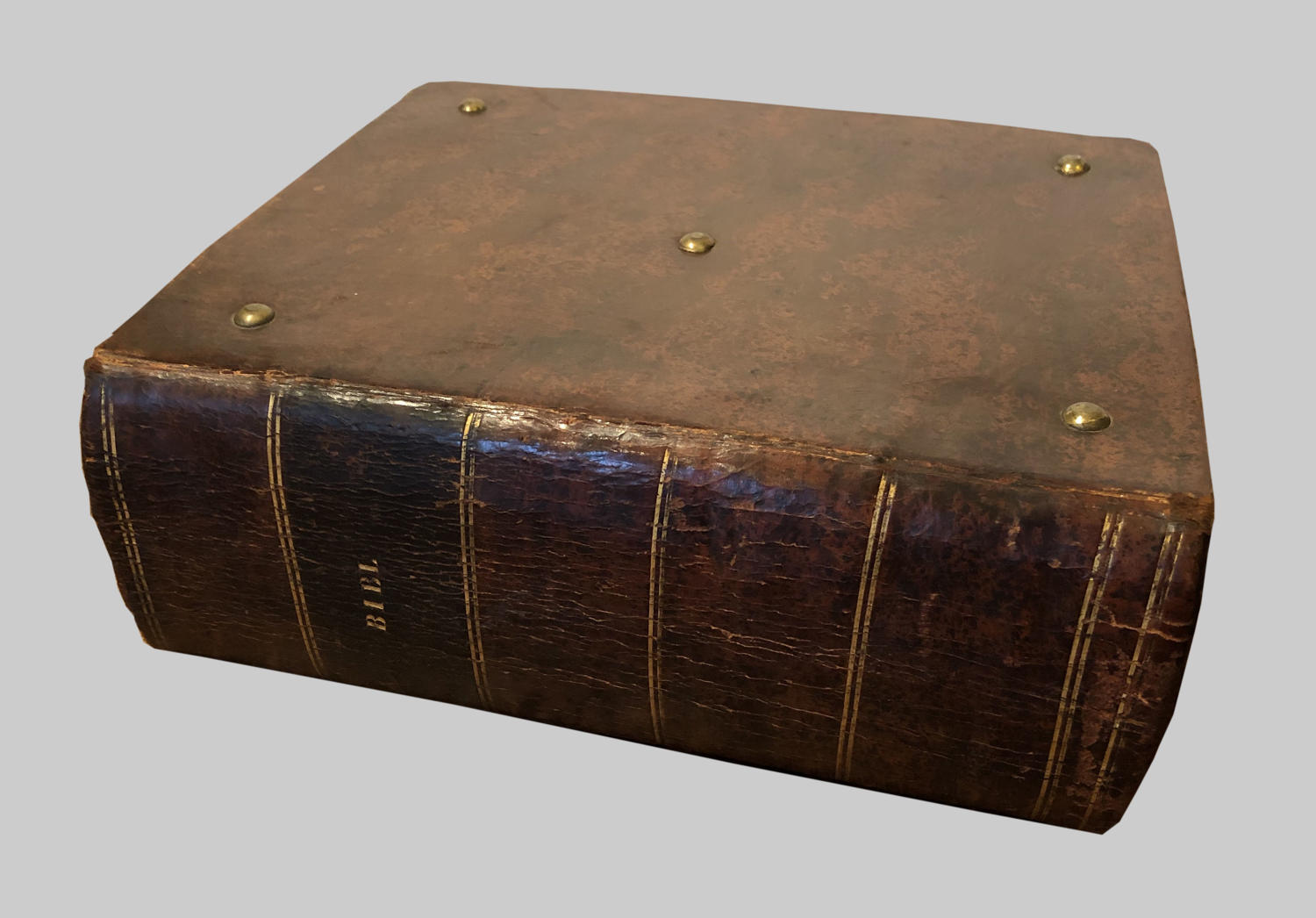 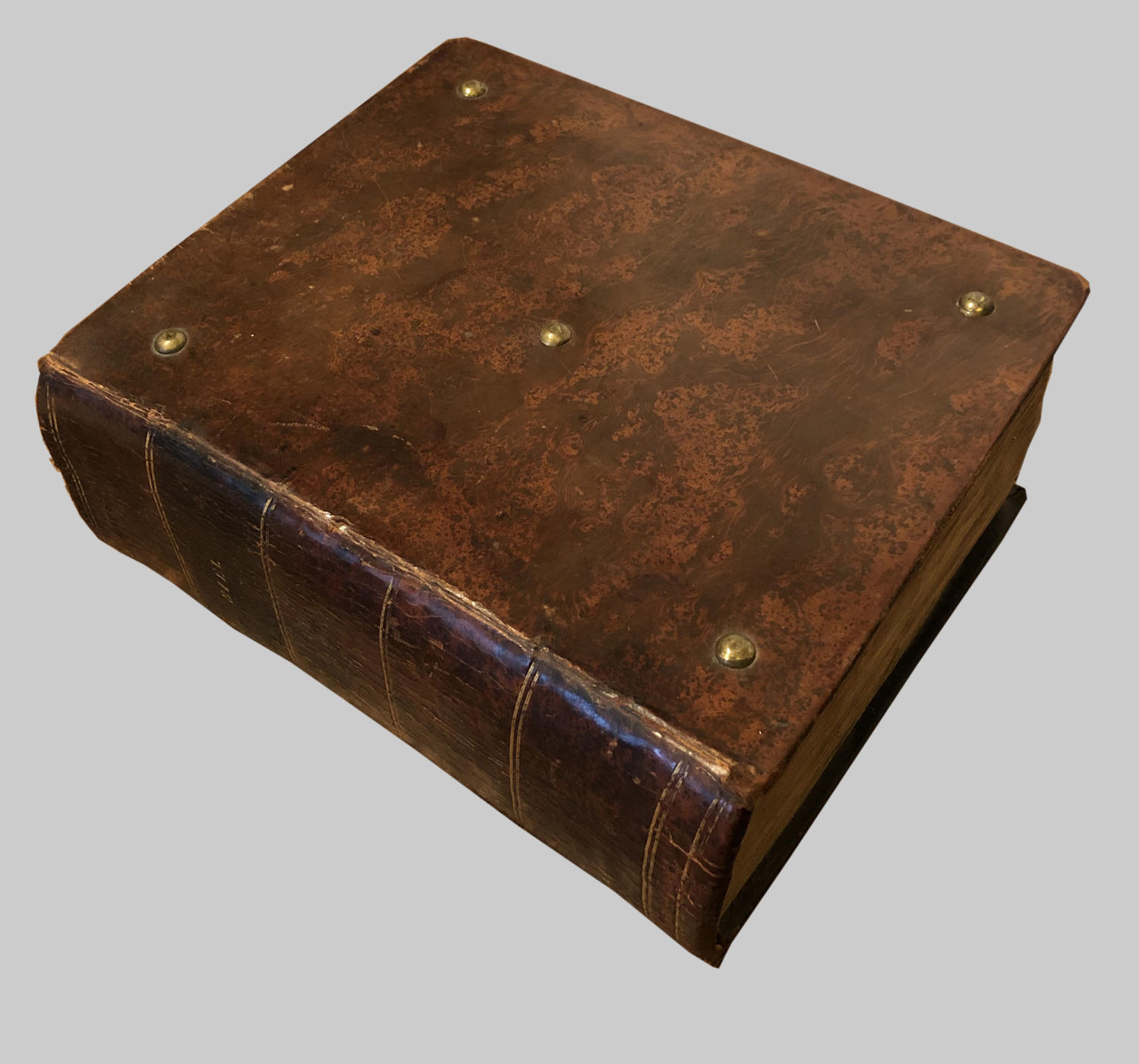 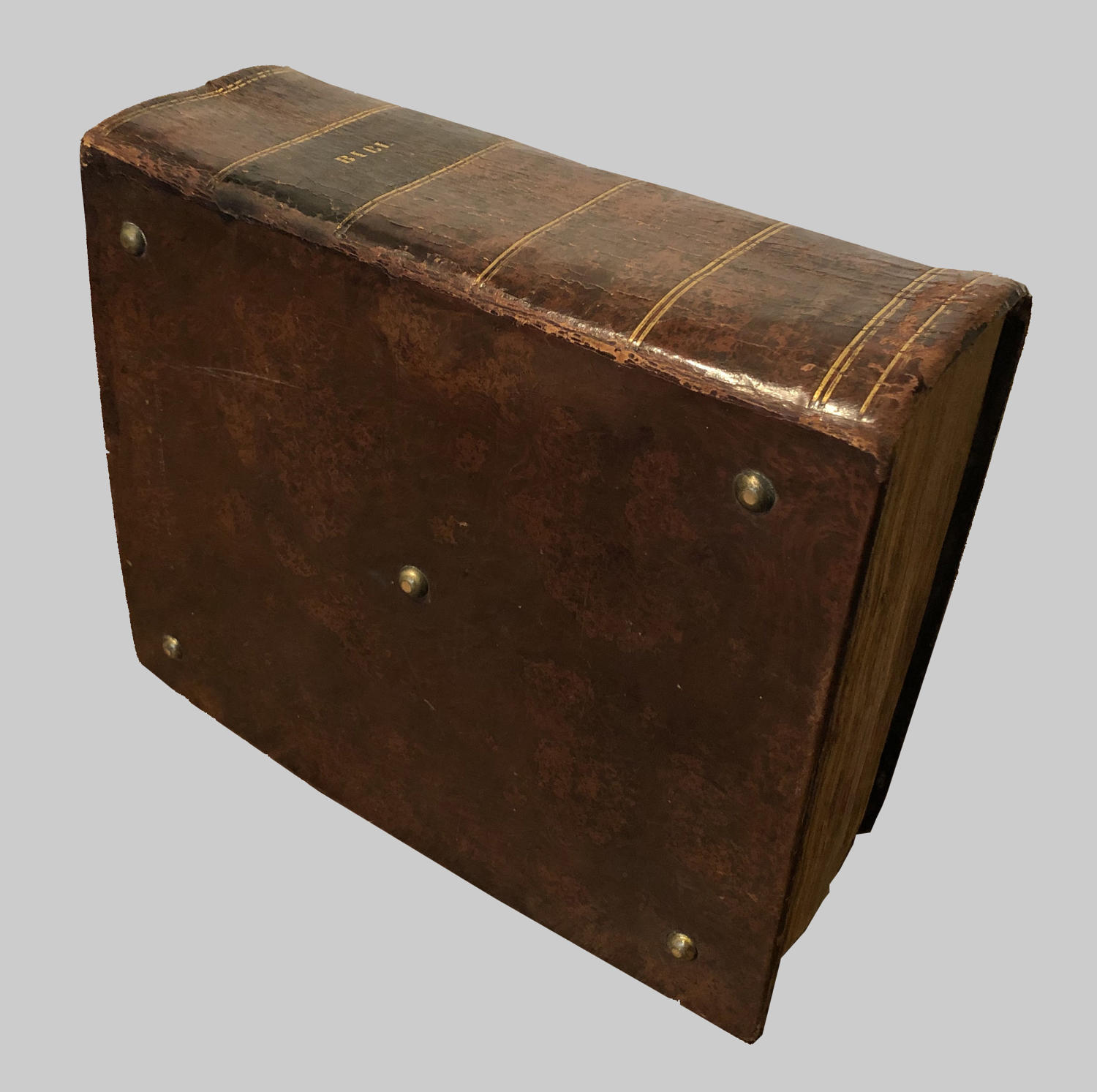 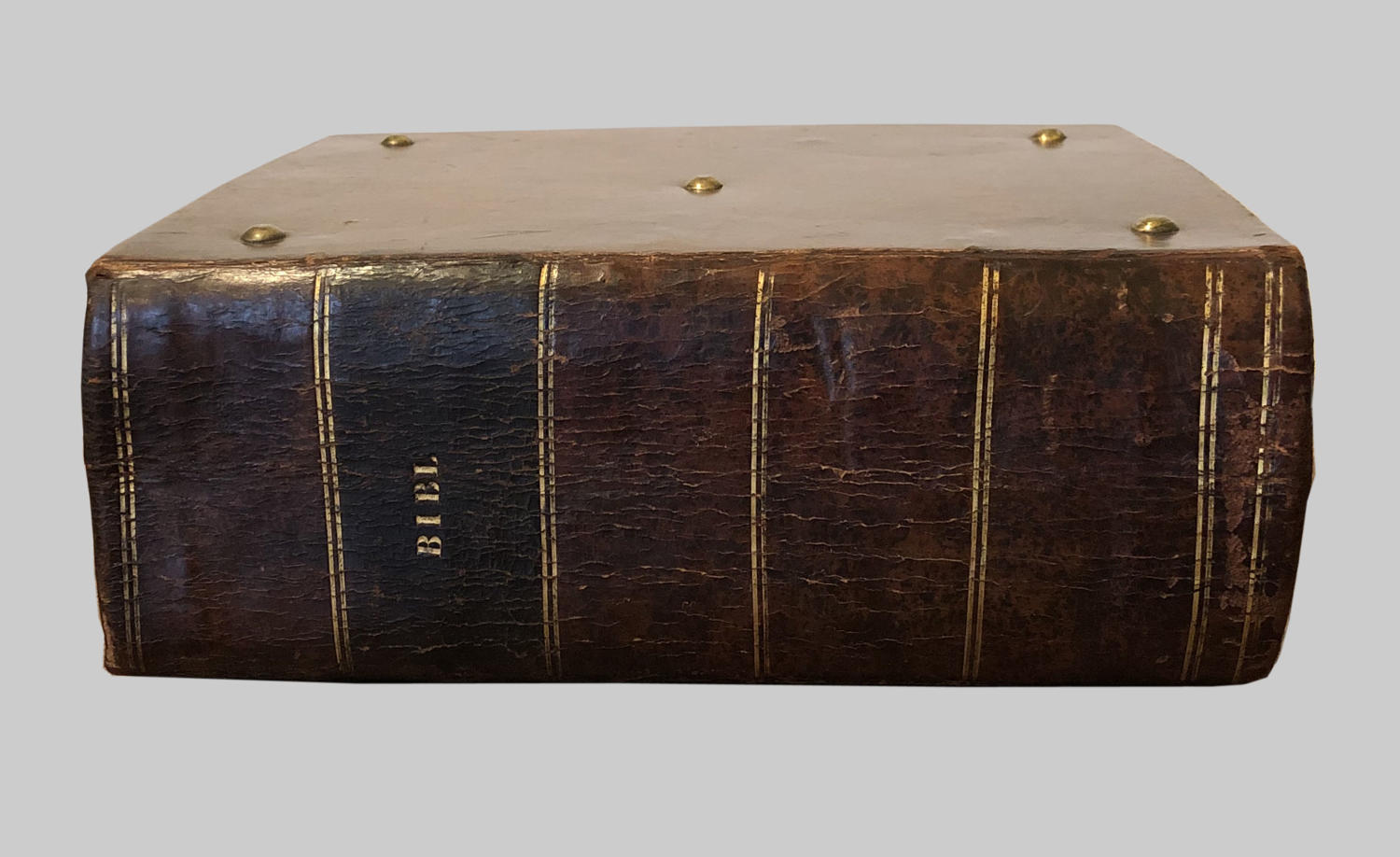 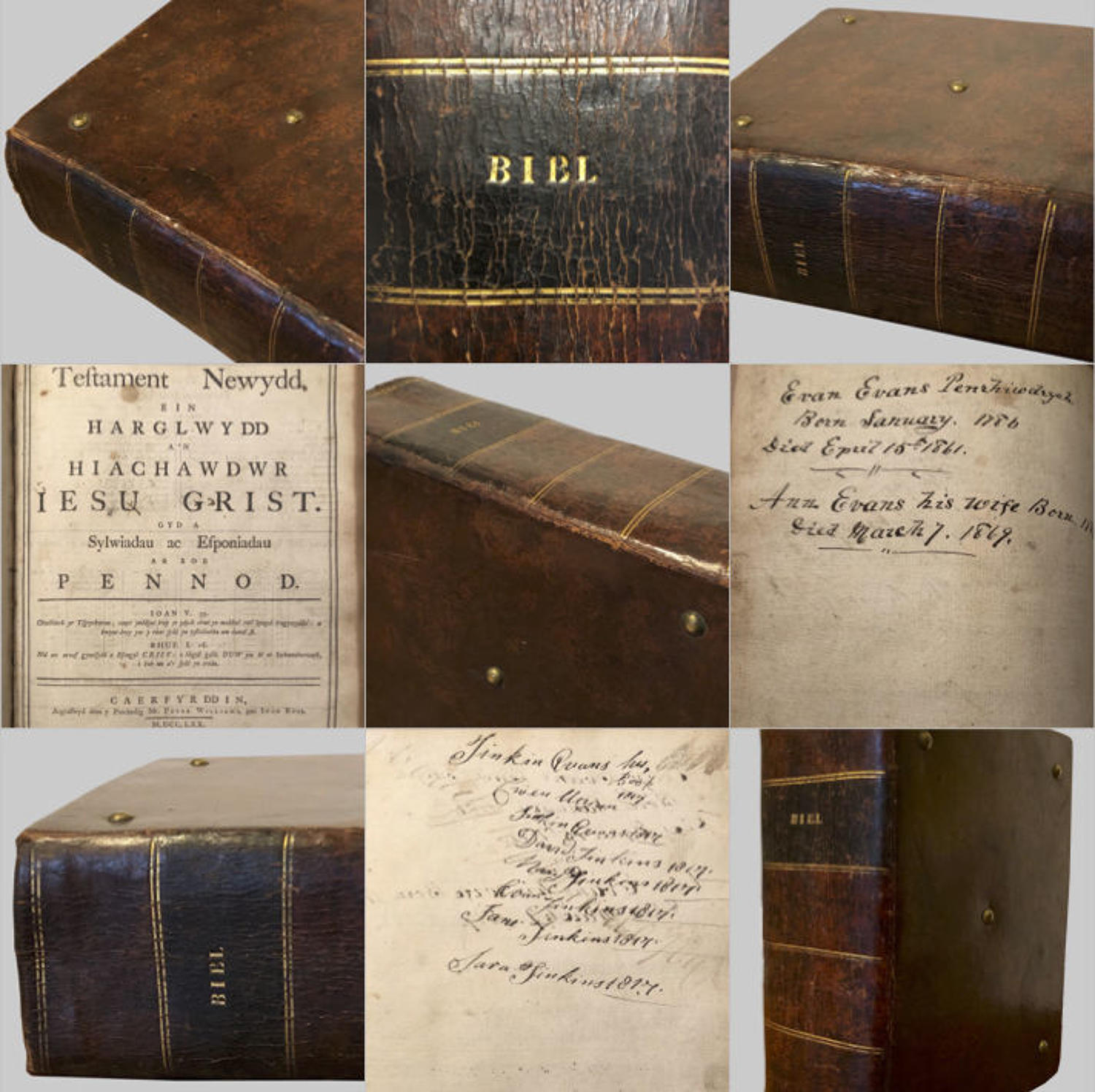