18th century engraving ‘The Painted Pheasant from China’ with original colour by George Edwards. Printed for J.Hinton, Newgate Street (London) as published in the ‘Universal Magazine of Knowledge and Pleasure’ between 1755-1799.
Now in a silver gilt, beaded frame.
English, 1755

George Edwards (1694-1773) was an English naturalist and ornithologist and was known as the ‘father of British ornithology’. Travelling extensively through Europe studying natural history, he gained a reputation for his coloured drawings of animals and, primarily, birds. He was appointed librarian to the Royal College of Physicians in 1733. 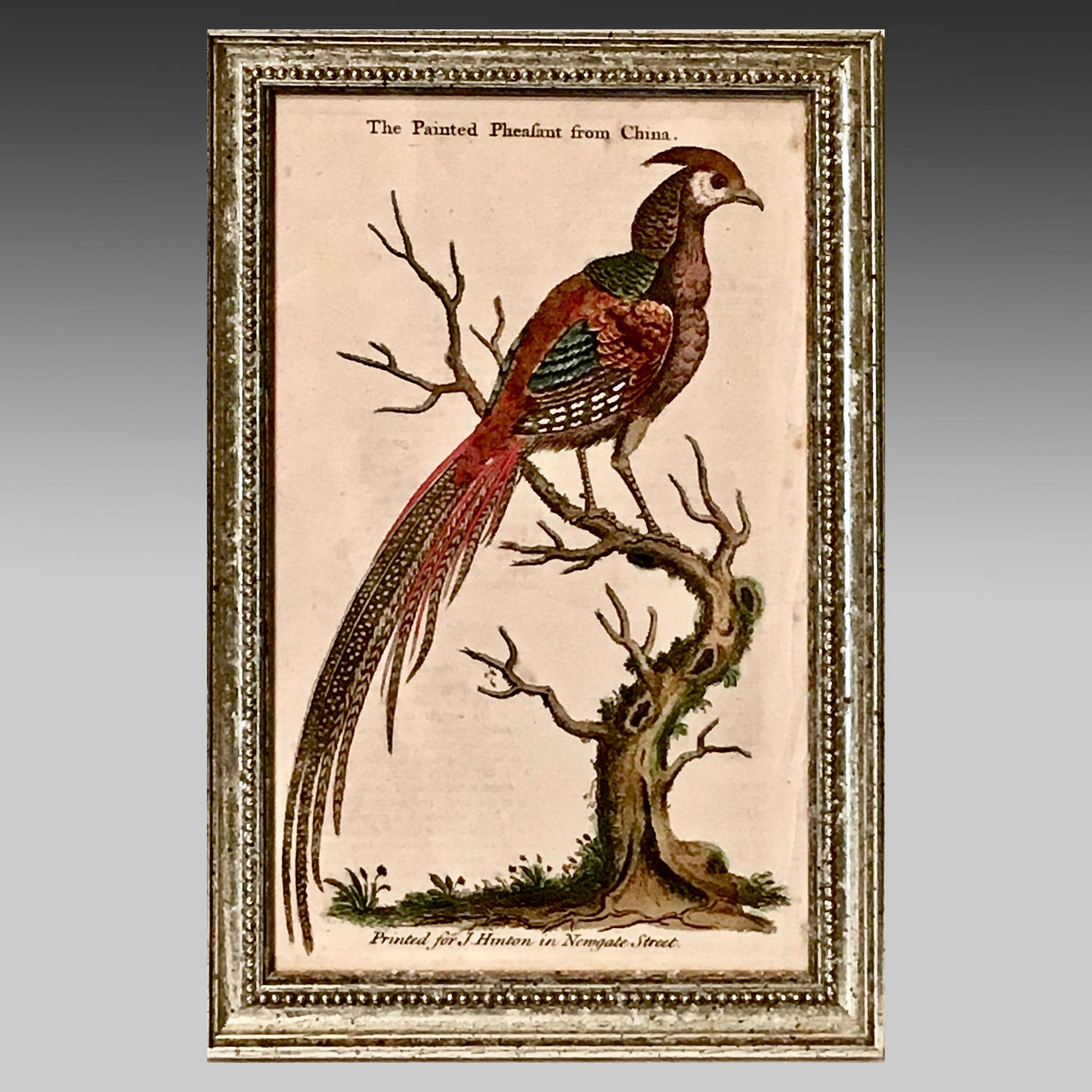