Five Indian antique gouache ‘Company’ Paintings on mica. Three being images of Indian dancing girls in green and red traditional dress and two of young Indian men musicians, one playing the ‘majira’ (miniature cymbals) the other a pair of hand drums. Painted in thick gouache on mica.  Possibly attributed to the artist, Shiva Lal (c1817-1887), a notable painter from the Patna region.
In contemporary gilt frames with framer’s label, William Weir, Cabinet & Frame manufacturer, Carver, Gilder and Print Seller, Royal Arcade, Glasgow, who flourished in the 1860’s and 1870’s.   ‘Company’ paintings were pictures made by Indian artists to appeal to the British and other Europeans in Colonial India.
Indian, circa 1850 - 1870 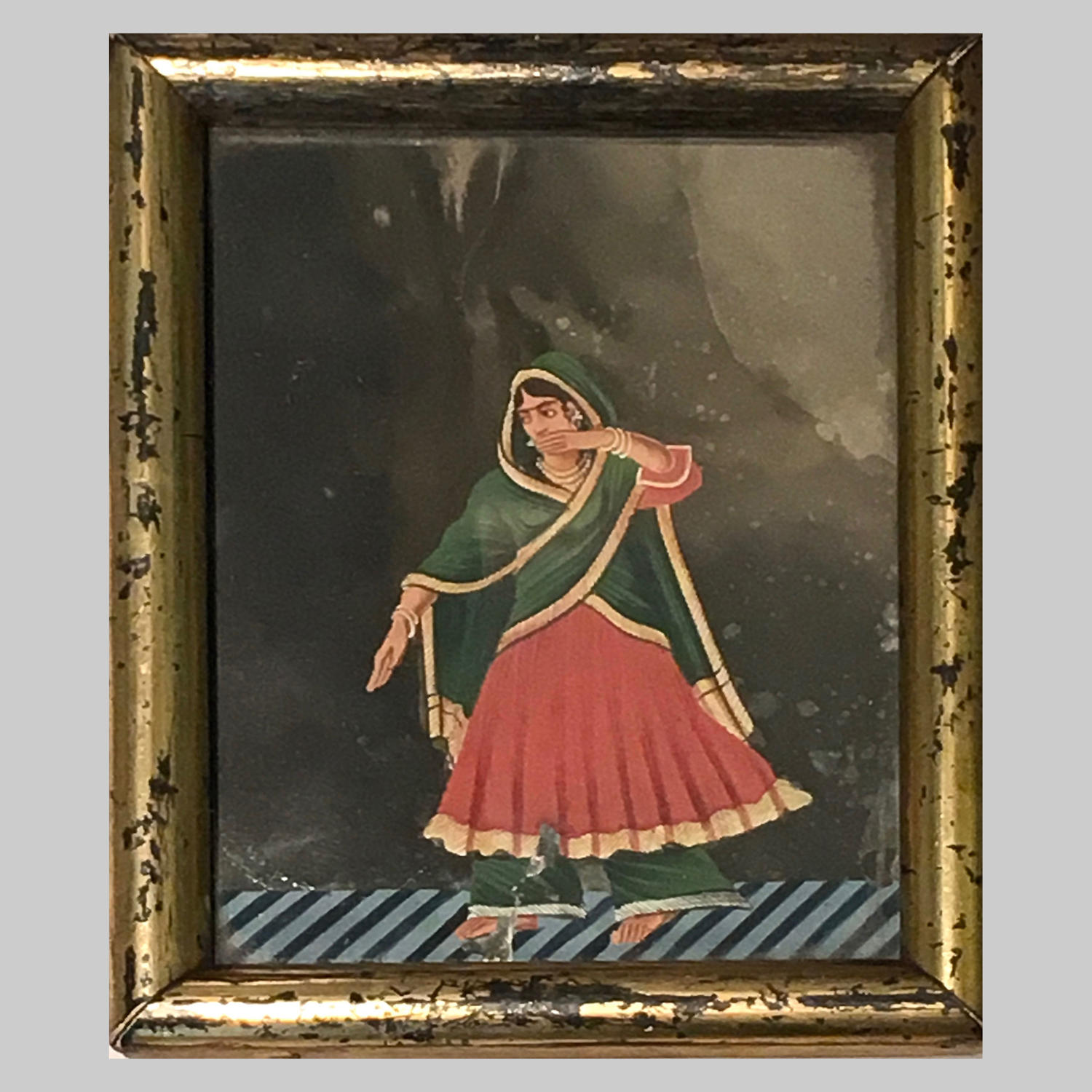 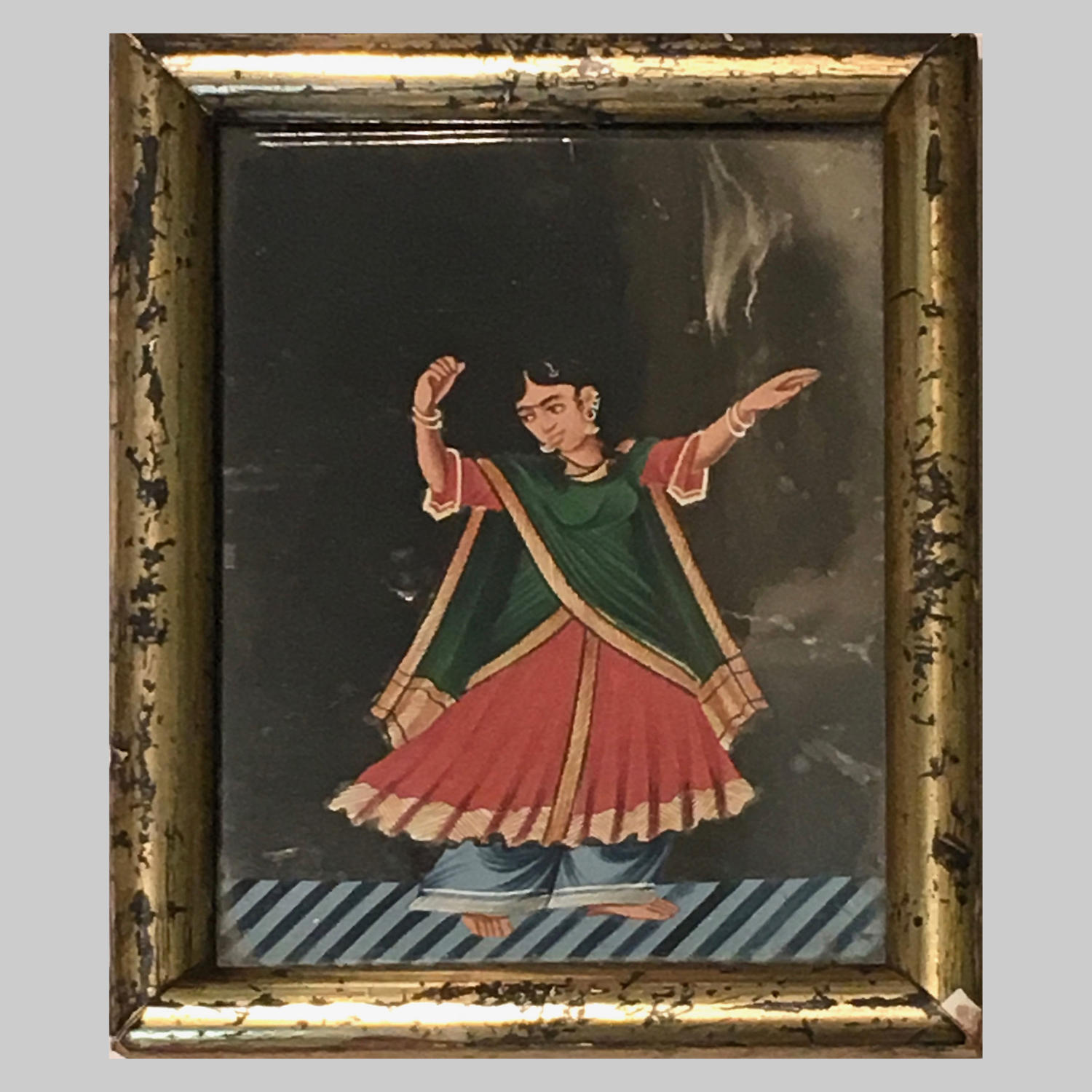 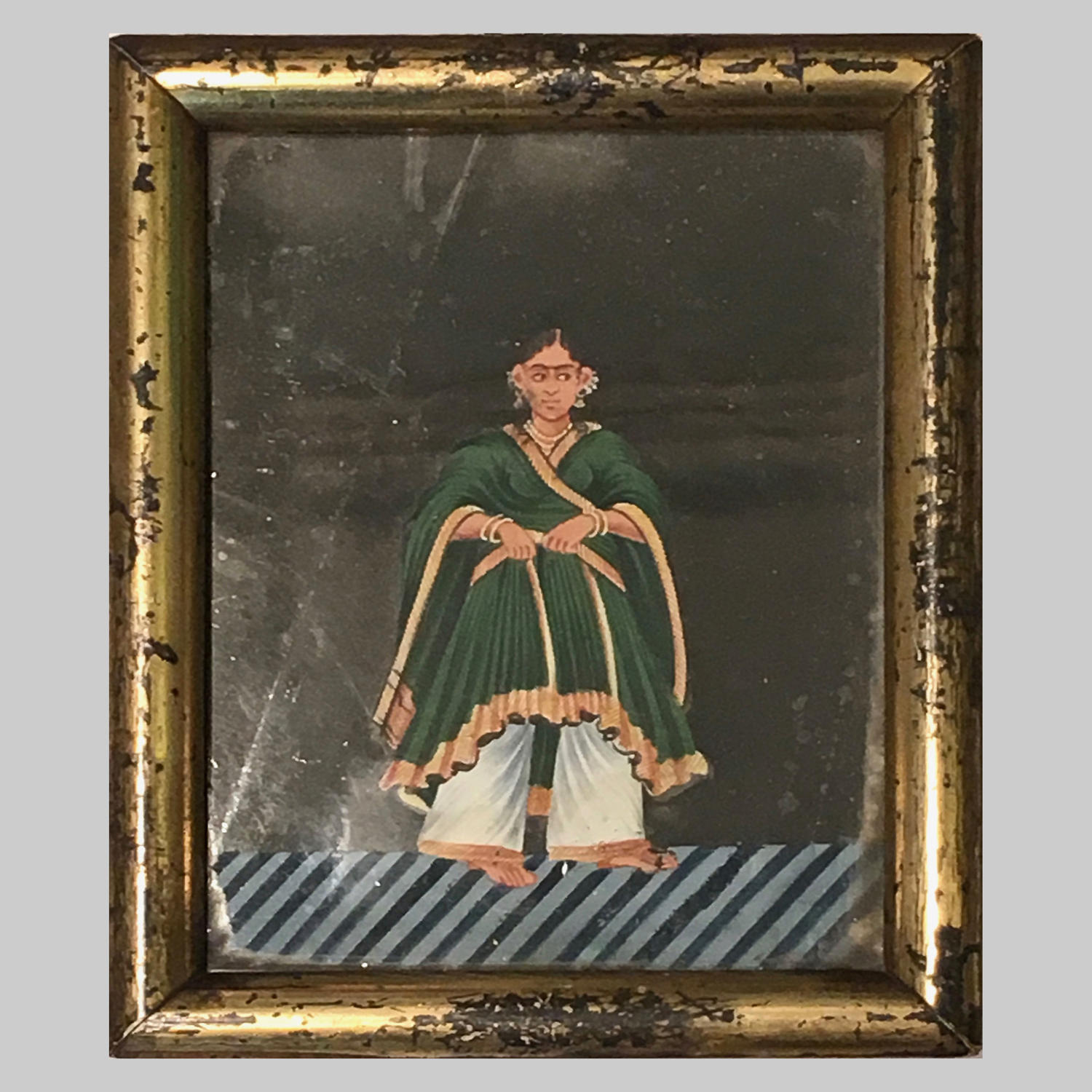 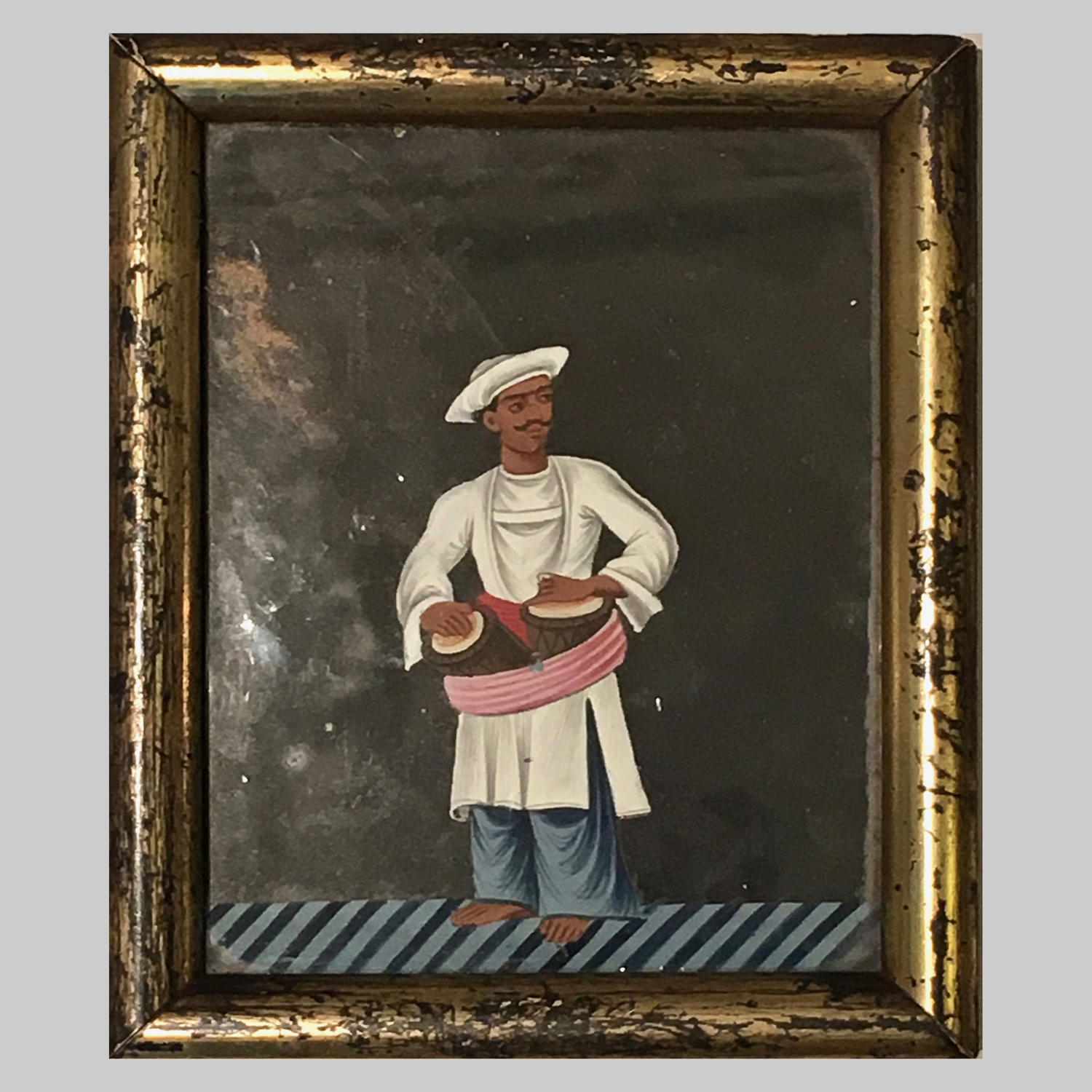 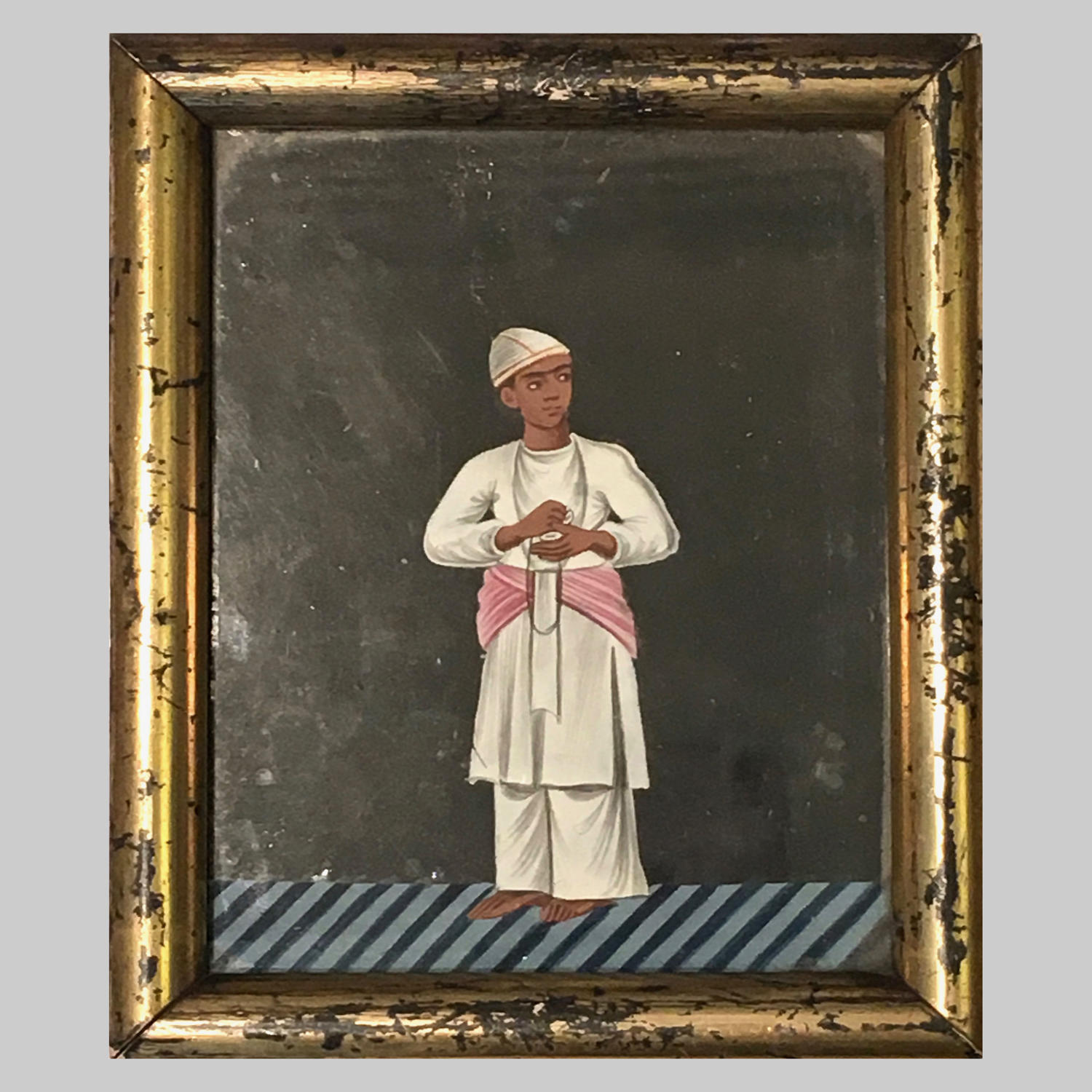