Antique book of watercolours by John Marshall-West, inscribed inside front cover ‘John W H West’ with ‘13th L I’ written below. Later inscribed ‘John Marshall-West ‘95’.  A collection of 14 watercolours with pencil drawings of what appears to be Table Mountain in Cape Town, two Zulu women and a Western woman in contemporary clothing. There are also sketches of military wagons and tents and a train station in a township. The spire of Graaff-Reinet Church in South Africa appears as a distant silhouette in one of the watercolours as do more traditional African homesteads. Other watercolours appear to be more English in their country landscape subjects.  West also experiments with the painting of flags.
Book Condition: Good. Black leather spine loose, worn to head and tail and corners of the black cloth boards. Four pages apparently cut out and two watercolours loose. Paintbrush/pencil holder to upper edge of bottom board. Measures 9 x 6 inches. 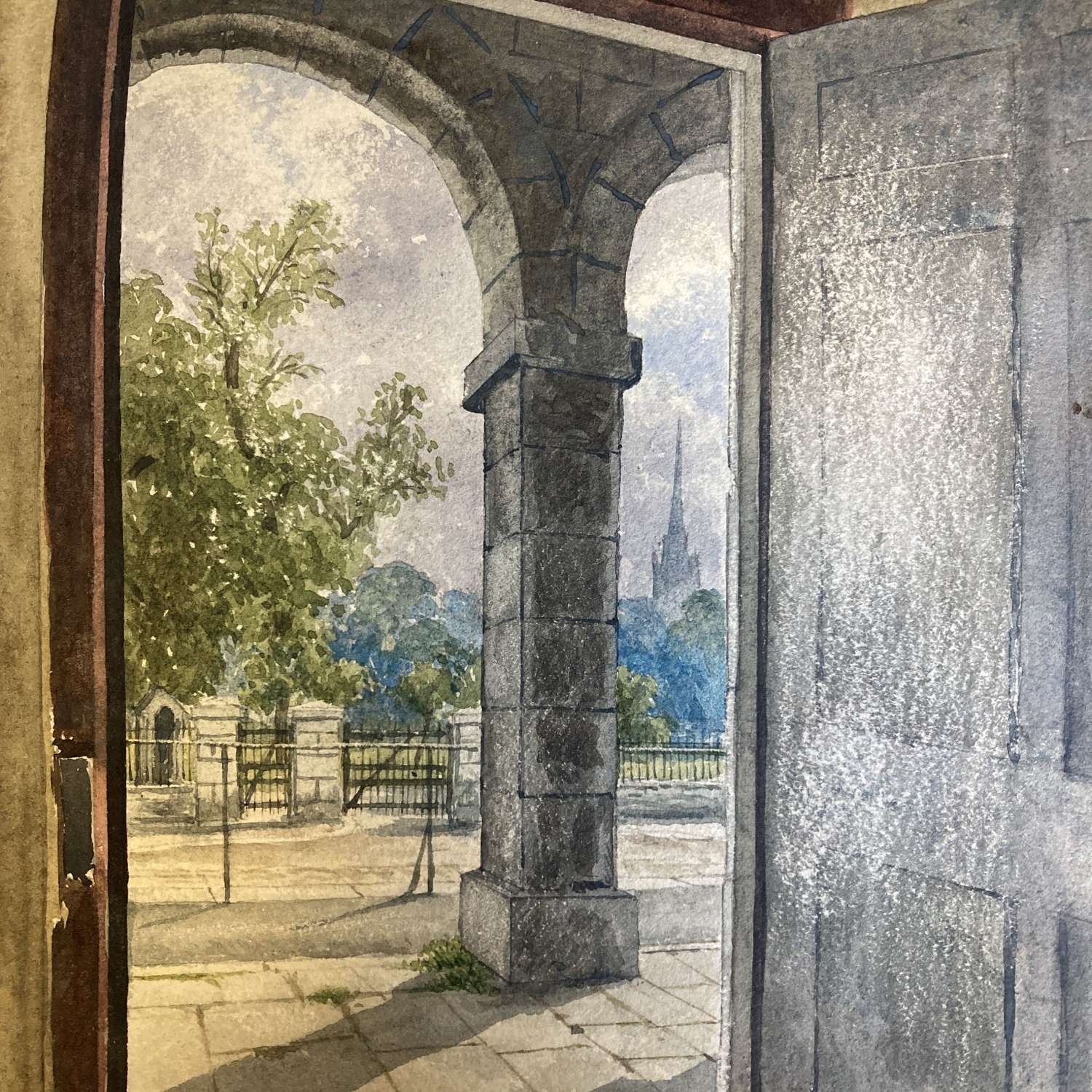 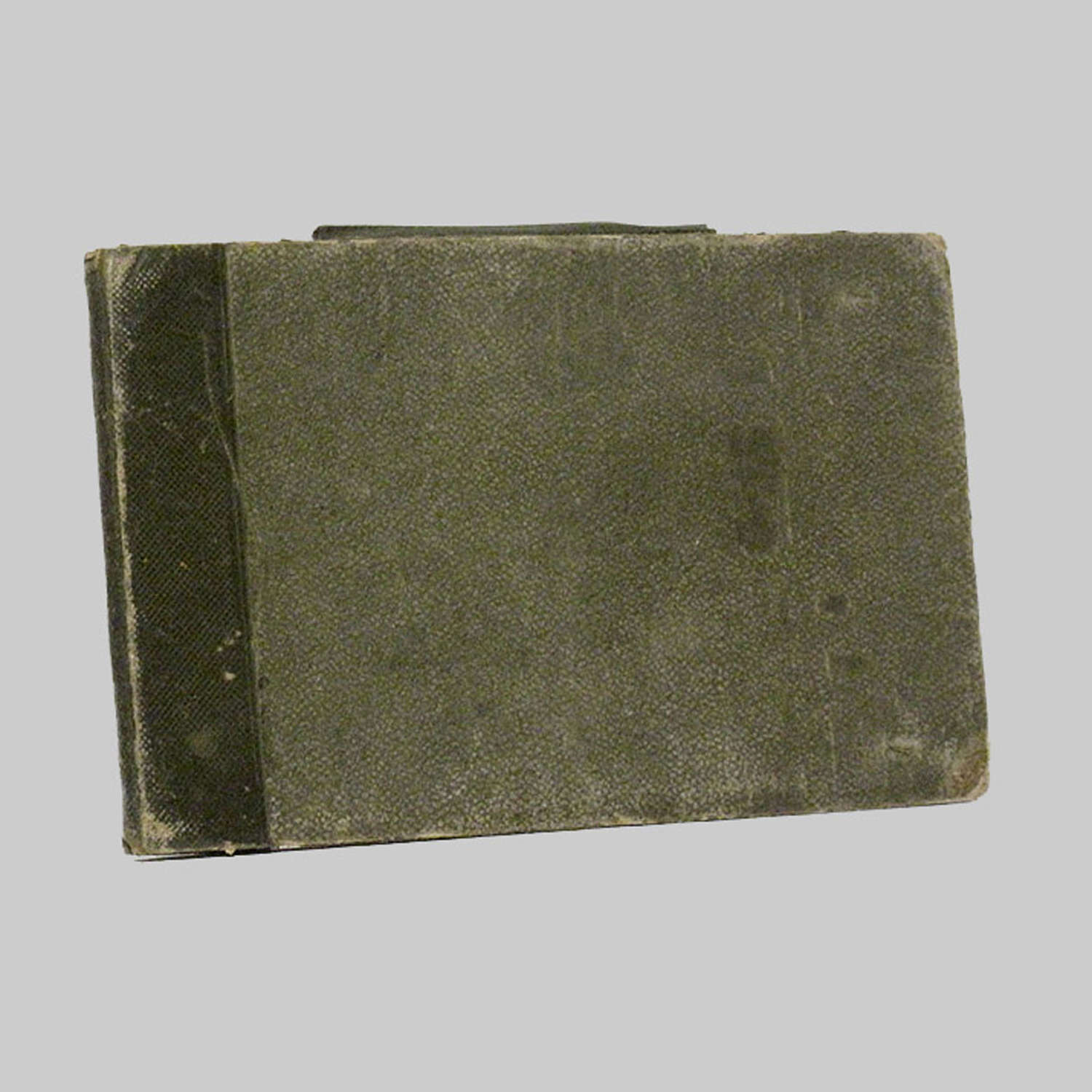 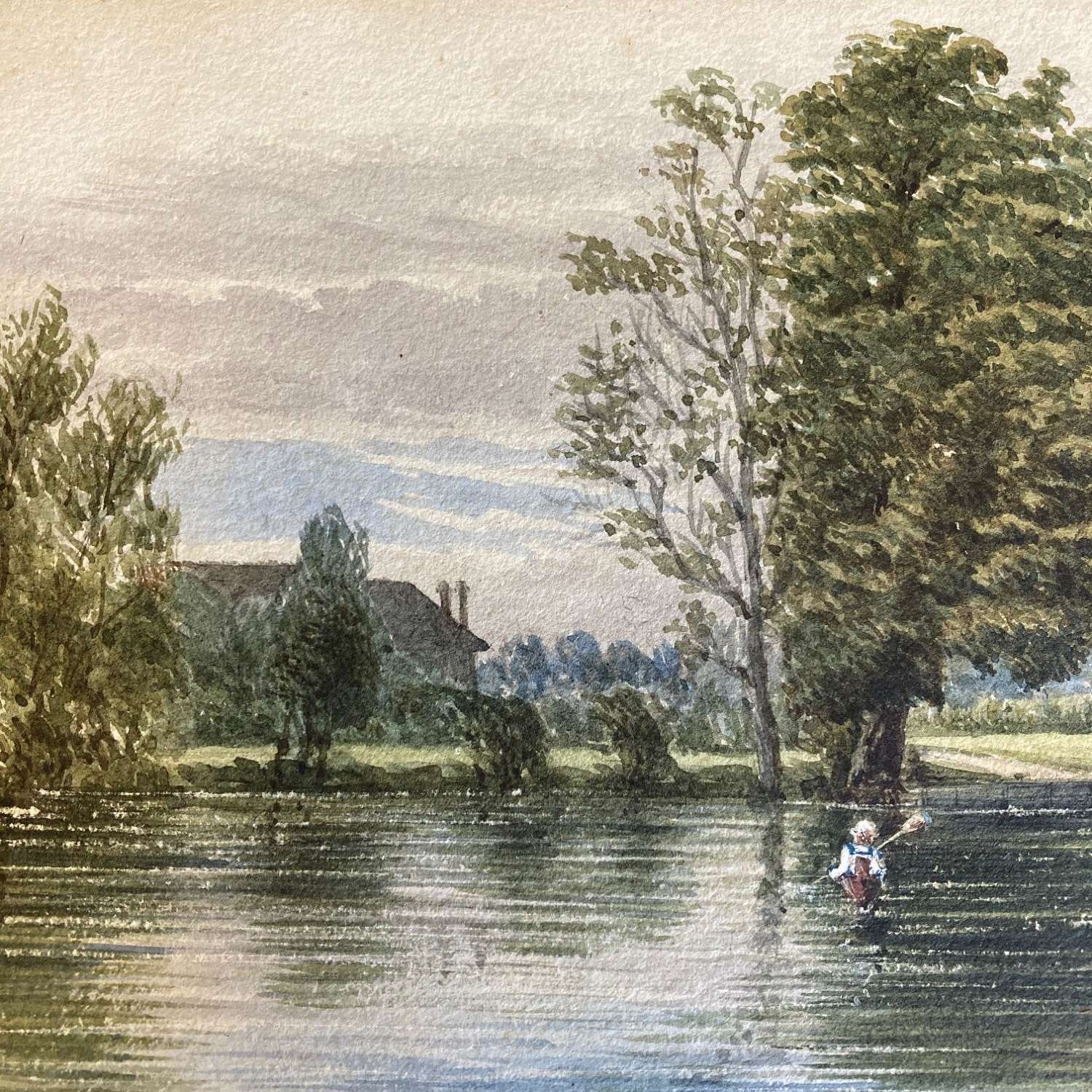 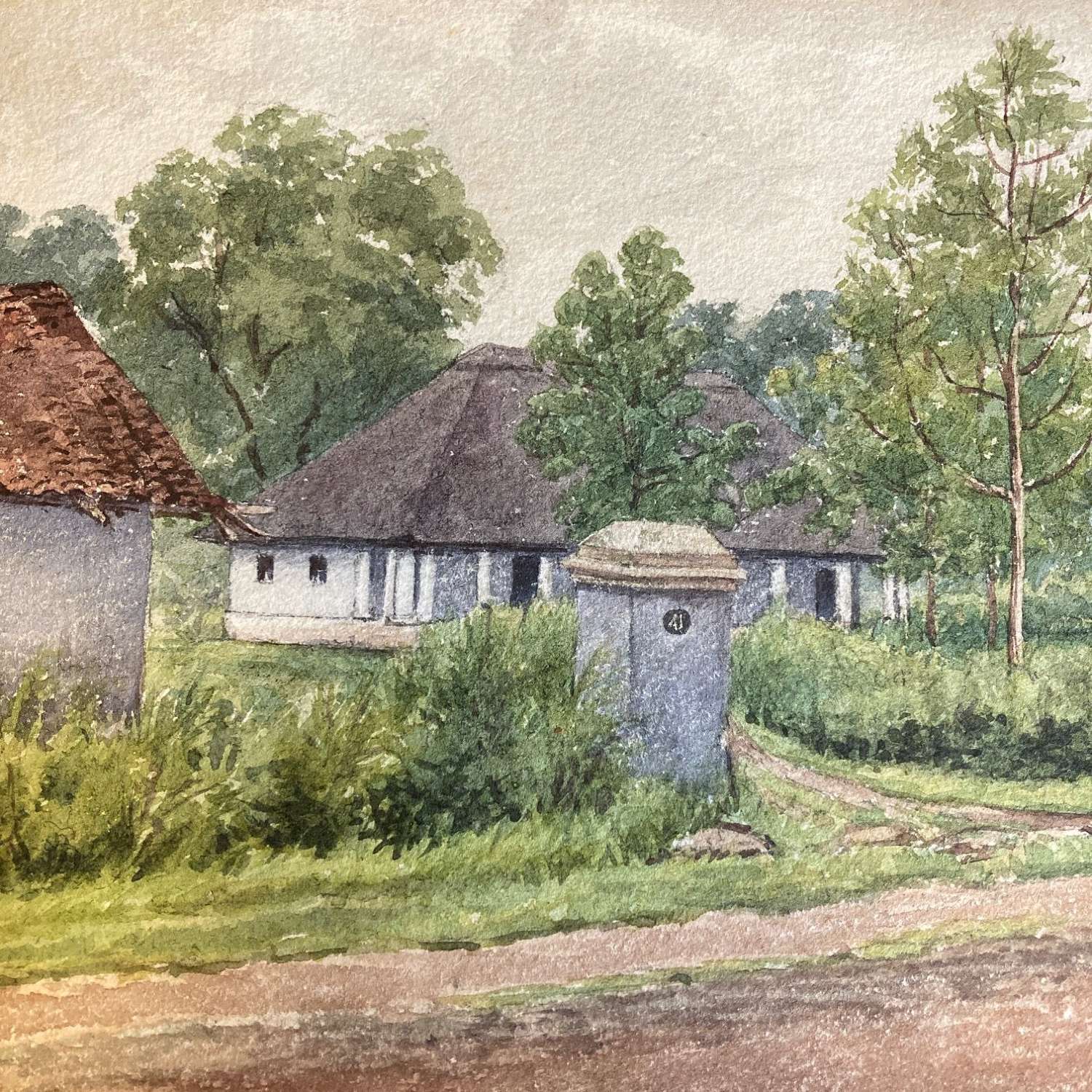 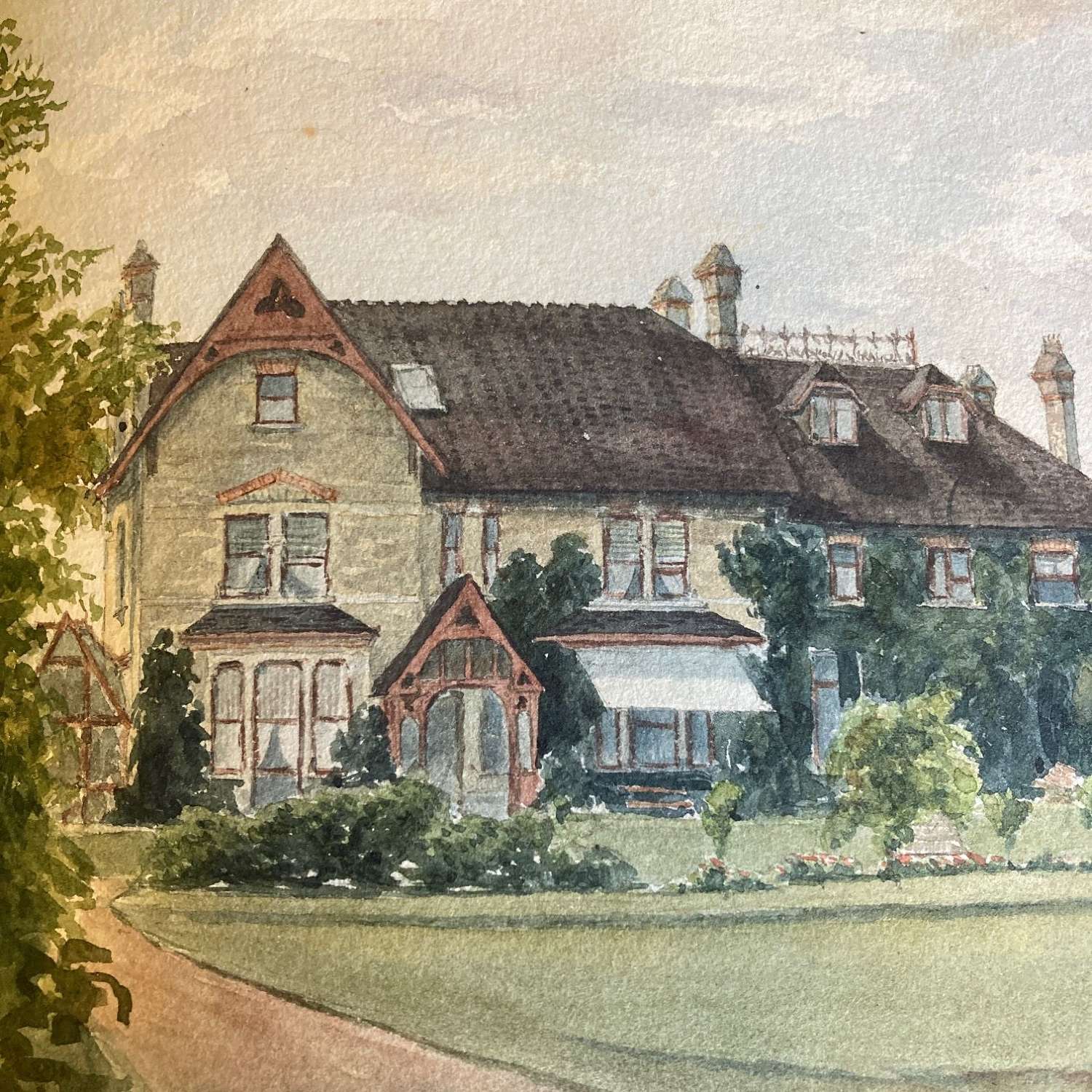 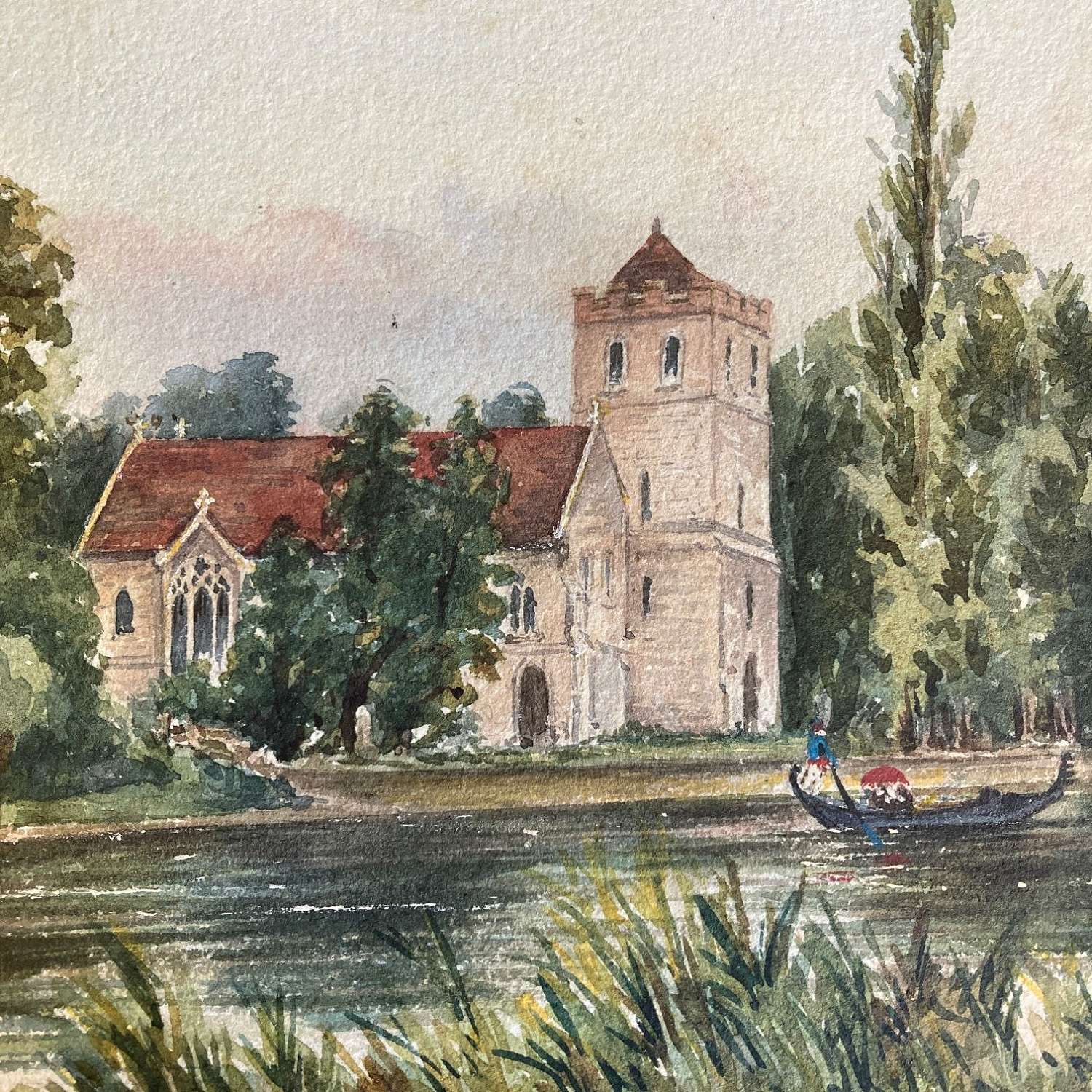