18th century antique Norwegian burr birch tankard.
Carved and turned Karelian burr birch peg tankard with domed lid and foliate canopy. The thumb piece to the lid carved as a Hippocampus over a handle carved as a serpent, which is pegged onto the body of the tankard. The tankard has a beaded border to both the top and the base. The inside and the base are in pristine original condition and looks to be unused. The polish and patination to the outside is stunning.
Norwegian, early to mid 18th century. 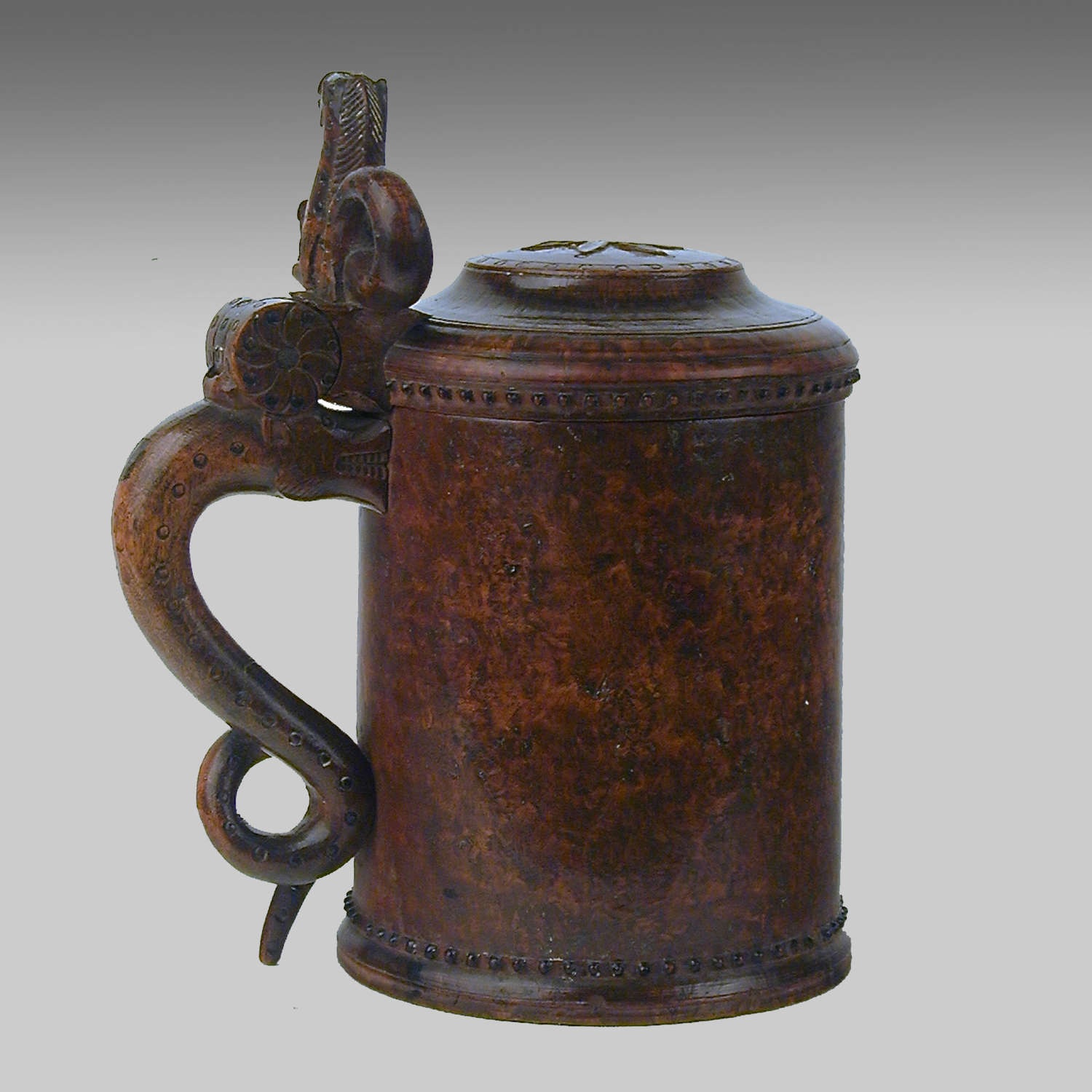 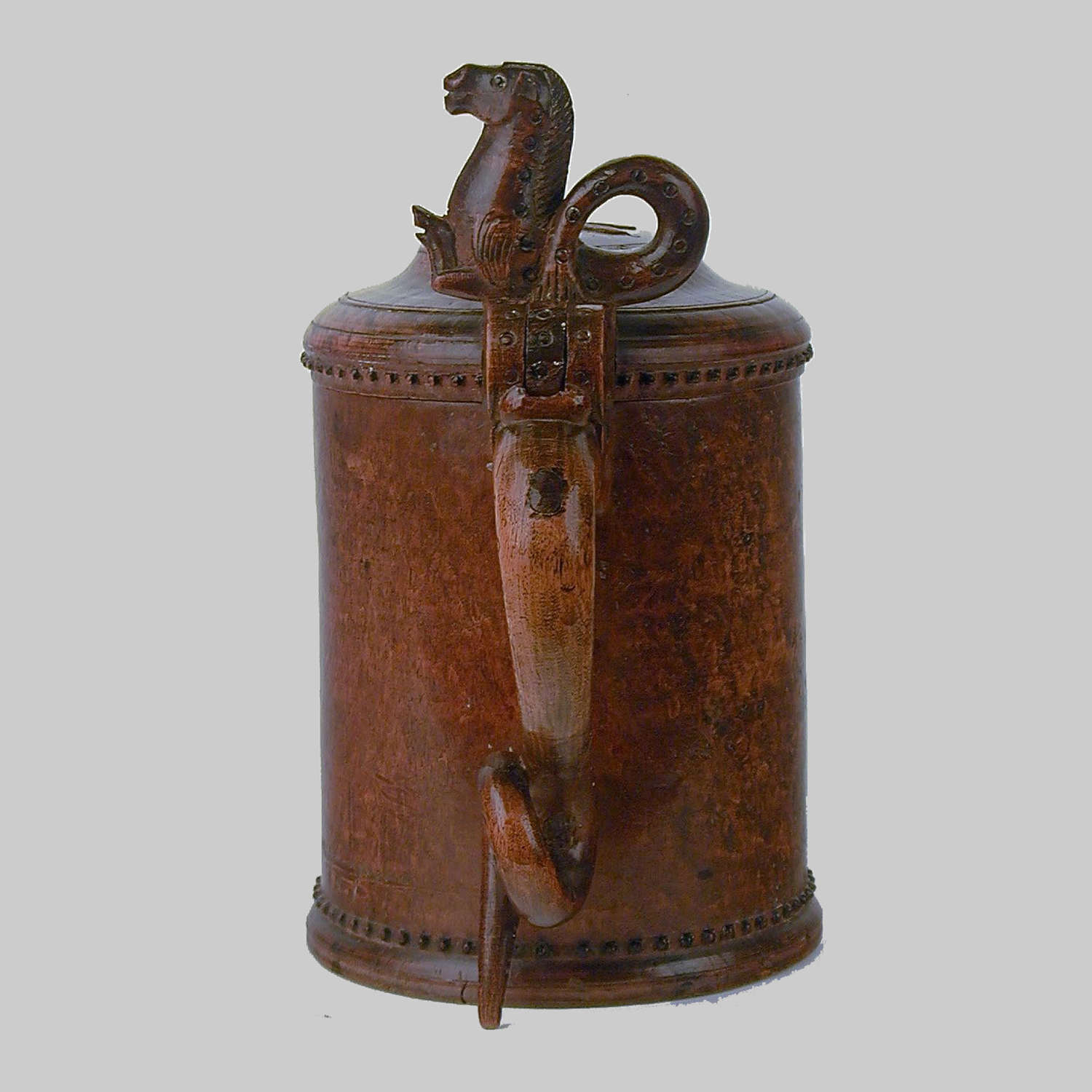 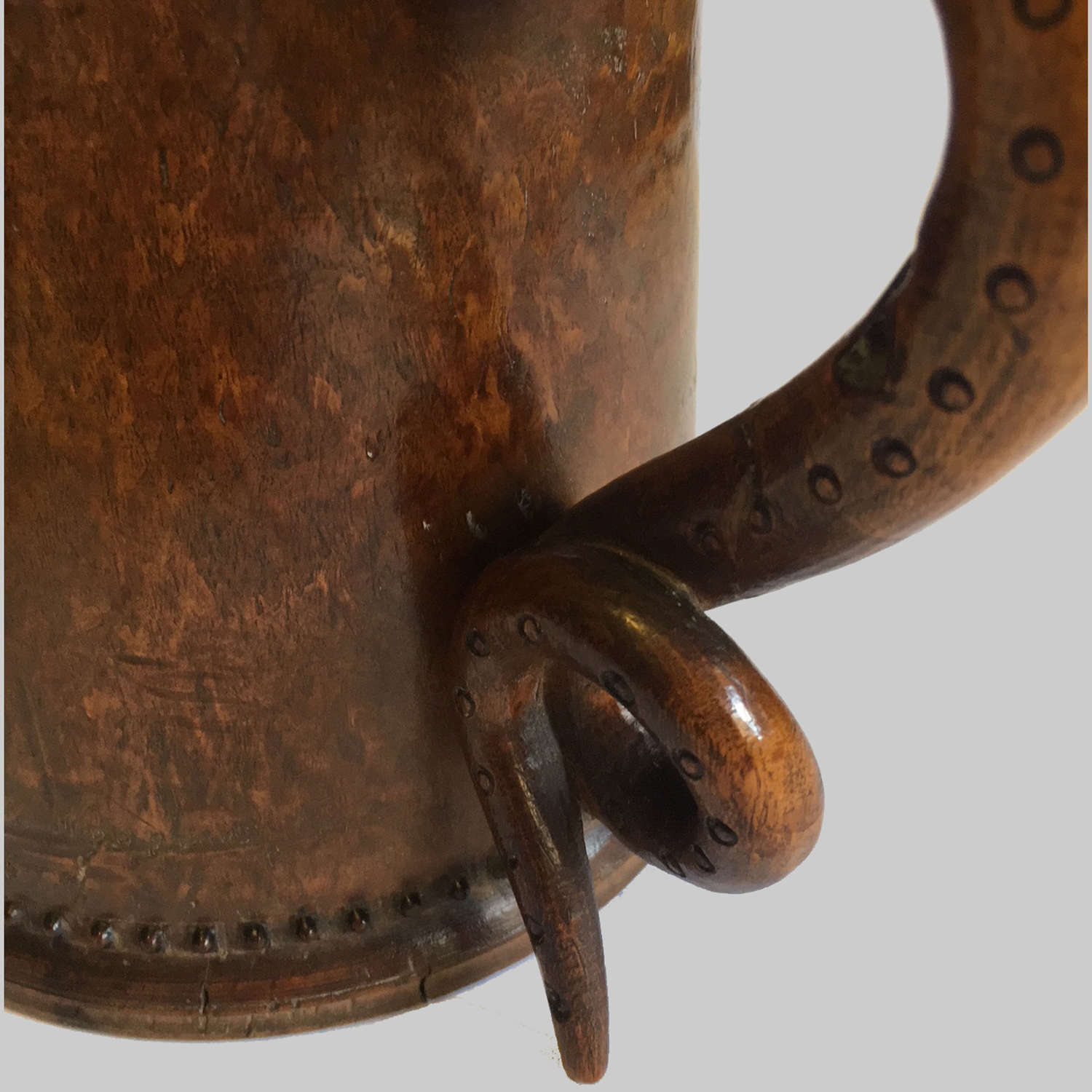