Georgian creamware jug with The Tythe Pig and Poor Jack


Georgian creamware jug of baluster form in fine condition but with minor chip to the rim of base. Transfer printed with ‘Poor Jack’ to one side and ‘The Tythe Pig’ to the other, both with a verse.

English, either Staffordshire or Liverpool, circa 1790

The ‘Tythe Pig’
Satire on the clergy. A farm where a parson us demanding a sulking pig, a tenth of the littler as his the; the farmer’s wife, nine other children Custer’s around her, ofer her tenth baby to be supported on condition of giving the pig.
Print by John June, after Louis Philippe Boitard,
published by John Bowles/Carington Bowles

The Tythe Pig
In Country Village Lives a Vicar,
Fond – as all are – of Tythes and Liquor,
To mirth his ears are seldom Shut,
He’ll Crack a Joke, and laugh at Smut;
But when his Tythes he gathers in,
On Fish, On Flesh, On Bird, On Beast,
Alike lays hold the Churlish Priest
Hob’s Wife and Sow – as Gossips tell
Both at a time in Pieces fell;
The Parson comes, the Pig he claims
And the good Wife with Taunts inflames;

Kept back the Pig and held the Child;
The Priest look’d gruff, the Wife look’d big,
Z…ds, Sir! quoth she, no Child, no Pig

Transfer printing had been developed in the period 1750-1760 to produce multiple, low cost images on delftware tiles.  With the invention of creamware in the 1760s as an inexpensive and highly improved competitor to both delftware and stoneware, the transfer techniques were quickly adapted to this
superior product. Potters and printers in Staffordshire and Liverpool competed fiercely in the last decades of the century for shares of the domestic and international markets, especially America for all forms of decorated creamware consumer goods. By the turn of the century, Liverpool with its west coast location had long surpassed Bristol in its trade with North America and was second only to London in vying for this lucrative market.
The Herculaneum Pottery founded in Liverpool in 1796 has been described as “the most determined attempt” by businessmen in the port city to copy the successes and profits of the Staffordshire potteries. 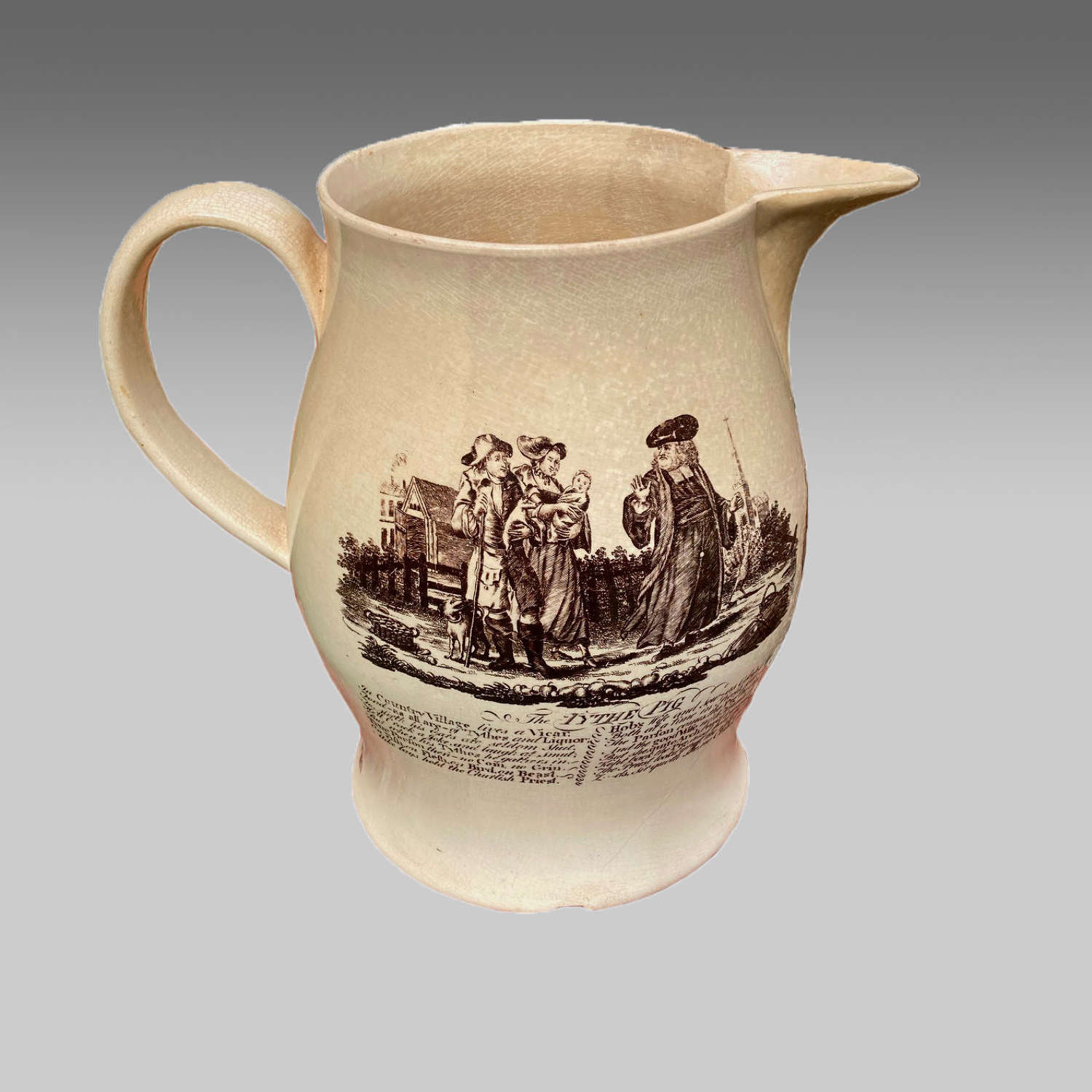 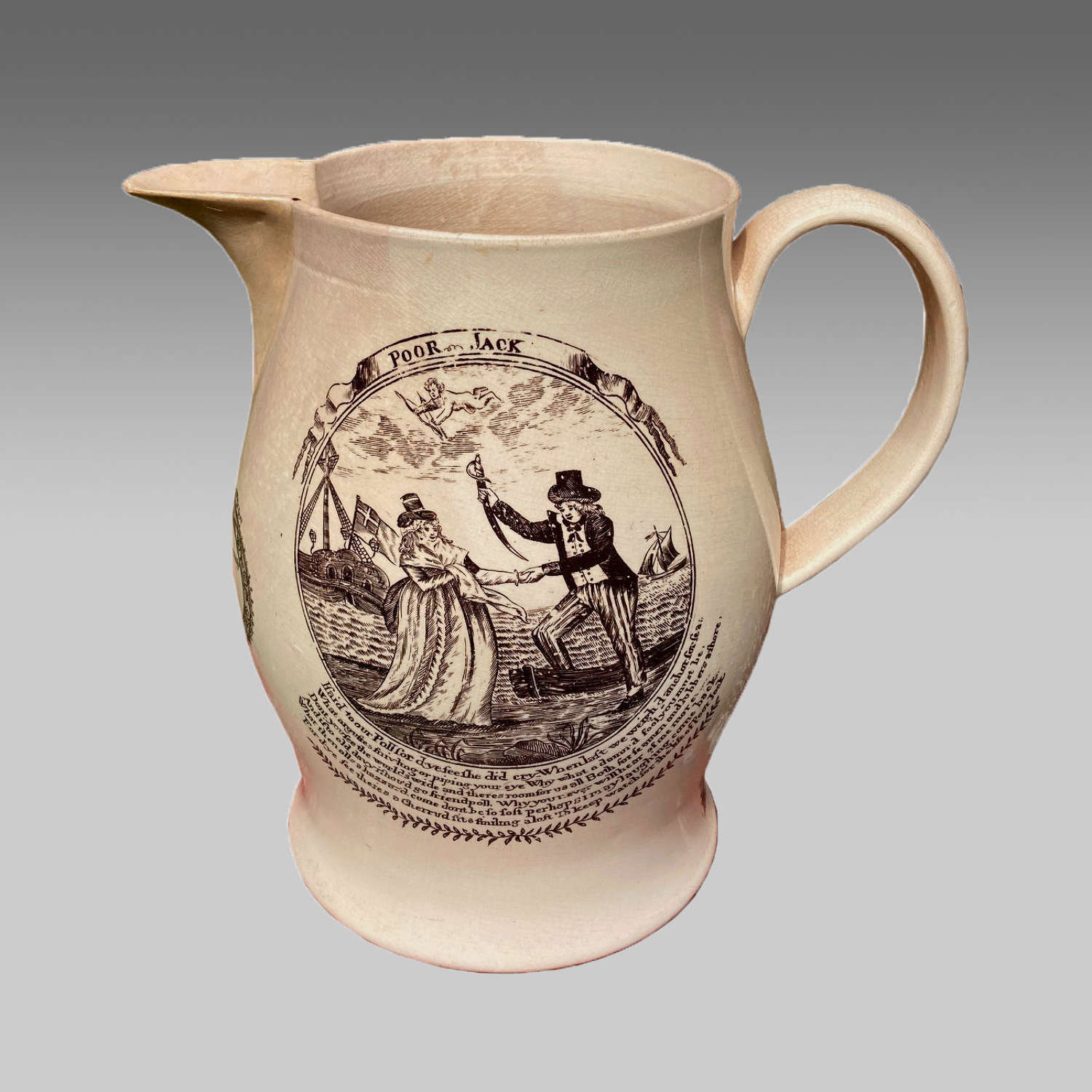