The Selwyn College coat of arms incorporates the arms of the Selwyn impaled with an adaptation of the arms of the Diocese of Lichfield.
These ancient and remarkable arms, which in the Middle Ages were devised for St. Chad, Bishop of Mercia, and patron of Lichfield cathedral, has a shield equally divided by the perpendicular line and coloured red and silver, the red being on the spectator's left hand. The large cross, similarly divided, is coloured red where it rests on the silver, and silver in its other half. The four small crosses are treated in the same way, those in the red half being silver while the two in the silver are red. The central cross is of unusual form. Its arms issue from a square and end in crutch-shaped pieces, whence its name "potent", from the French potence - a crutch.
Selwyn College, Cambridge, founded by public subscription in 1882, was named after George Augustus Selwyn, Bishop of Lichfield, and uses his arms, officially granted on December 3, 1964.
Described thus: per pale gules and argent, a cross potent quadrate [per pale] argent and Or between four crosses paty, those to the dexter argent, with those to the sinister Or, for the See of Lich­field, impaling Argent, on a bend cotised sable three annulets Or, for Selwyn; all within a bordure sable. 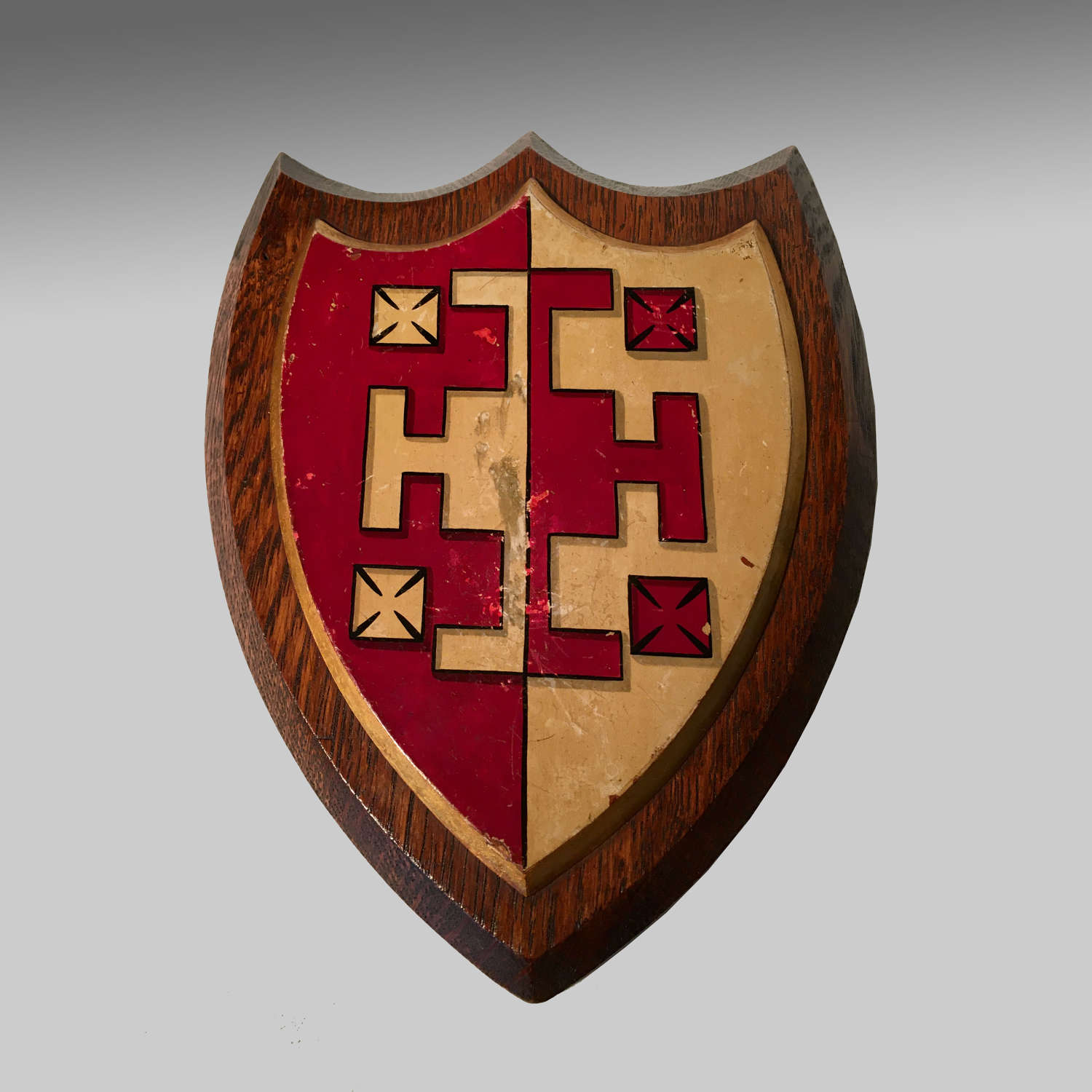