The coconut shell now formed as a basket.
Seychelles Islands in the Pacific, circa 1850 - 1900

Lodoicea, commonly known as the sea coconut, coco de mer or double coconut, is a monotypic genus in the palm family, was formerly known as Maldive coconut. Its scientific name, Lodoicea maldivica, originated before the 18th century when the Seychelles were uninhabited. In centuries past, the coconuts that fell from the trees and ended up in the sea would be carried away eastwards by the prevailing sea currents. The nuts can only float after the germination process when they are hollow. In this way many drifted to the Maldives where they were gathered from the beaches and valued as an important trade and medicinal item. This association is reflected in one of the plant's archaic botanical names, Lodoicea callipyge, from the Greek meaning 'beautiful buttocks'. Until the true source of the nut was discovered in 1768 by Dufresne, it was believed by many to grow on a mythical tree at the bottom of the sea. The coco de mer tree is now a rare and protected species. 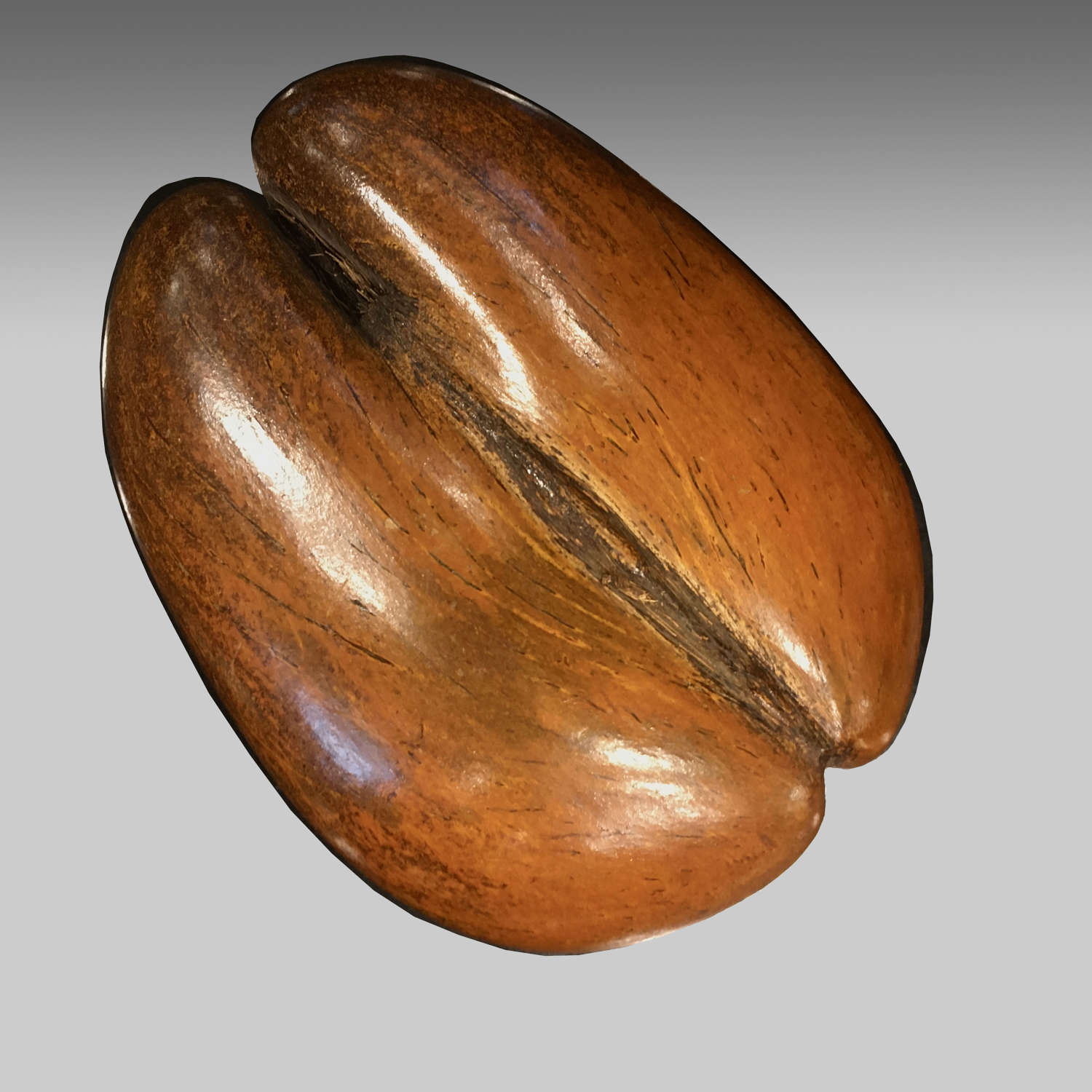 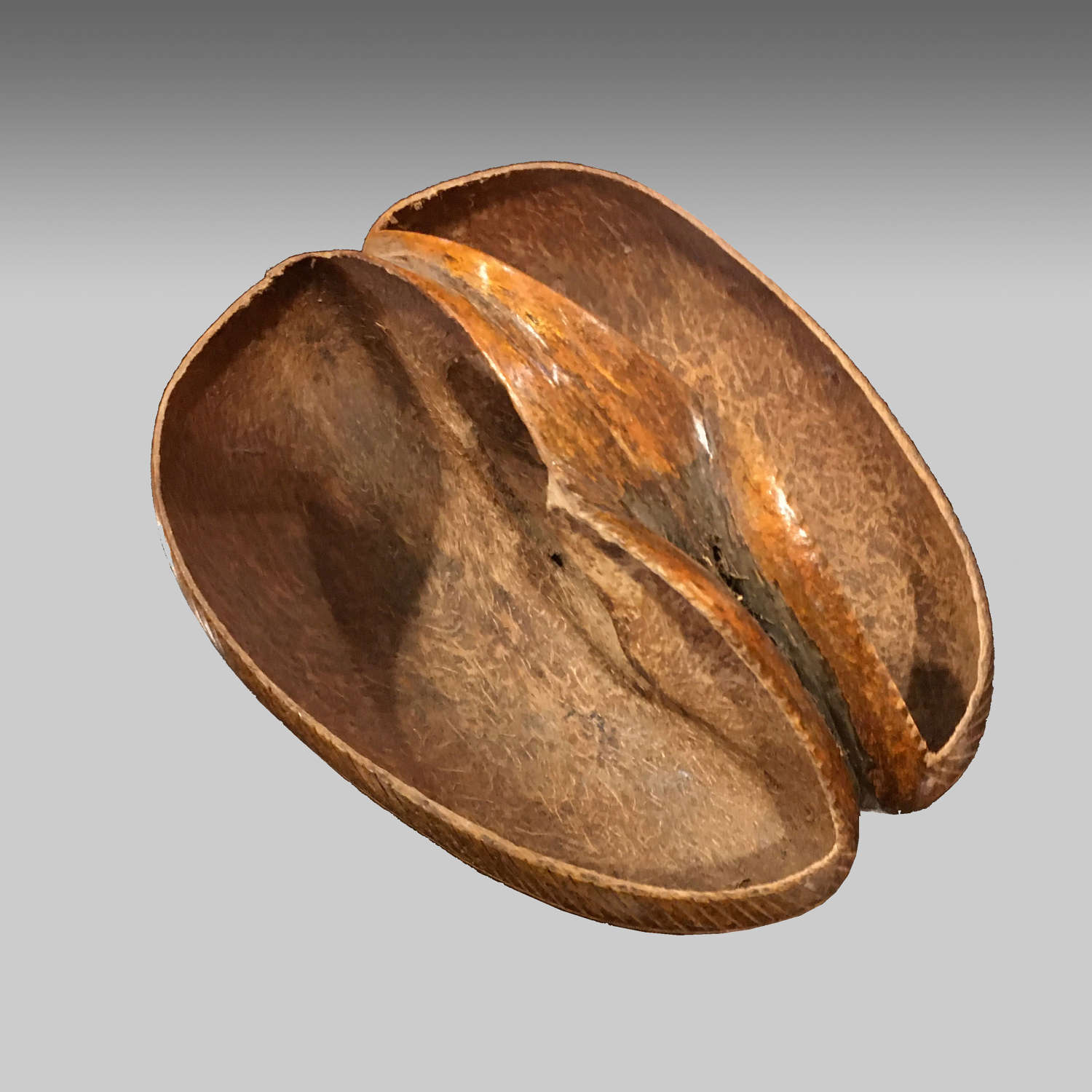