An early example of a Rob Sadler carving of a loon, dated 1983. Finely carved and well patinated. Canadian, 1983.

The loon is a long-bodied diver, native of North America and inhabiting coastal waters and the large southern lakes; they are considered by many to be a symbol of wilderness. Ron Sadler, born in Essex County, Southern Ontario, after a formal education, was drawn to wood carving and sculpture, establishing his company The Decorative Decoy in 1984. This example is dated 1983 being one of his earlier works. The company suffered due to the Canadian Recession in 1898/1990 and it appears he moved to Delhi, Ontario, in 2008 where he continued as Ron Sadler Woodcarving, Delhi. He died in 2020. 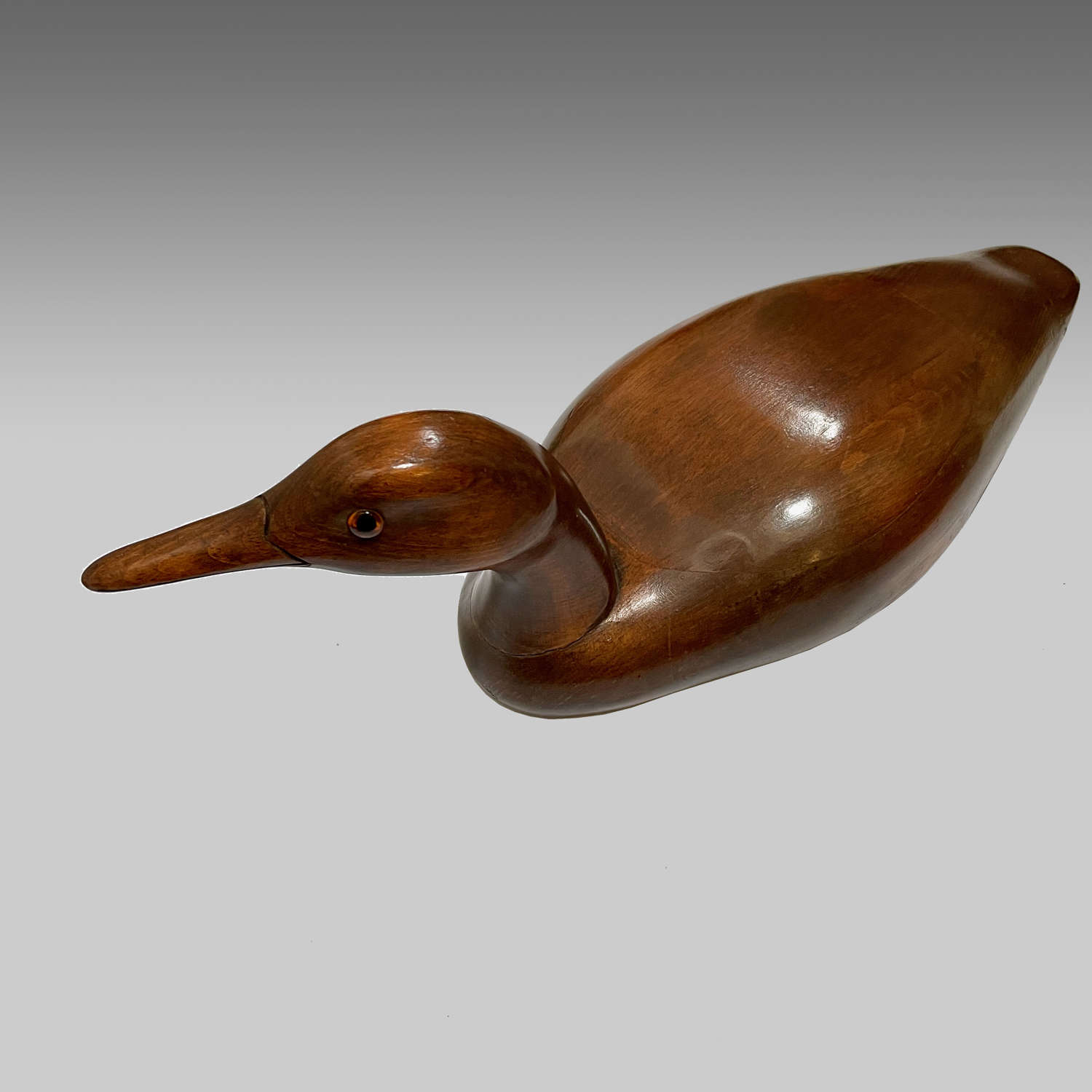 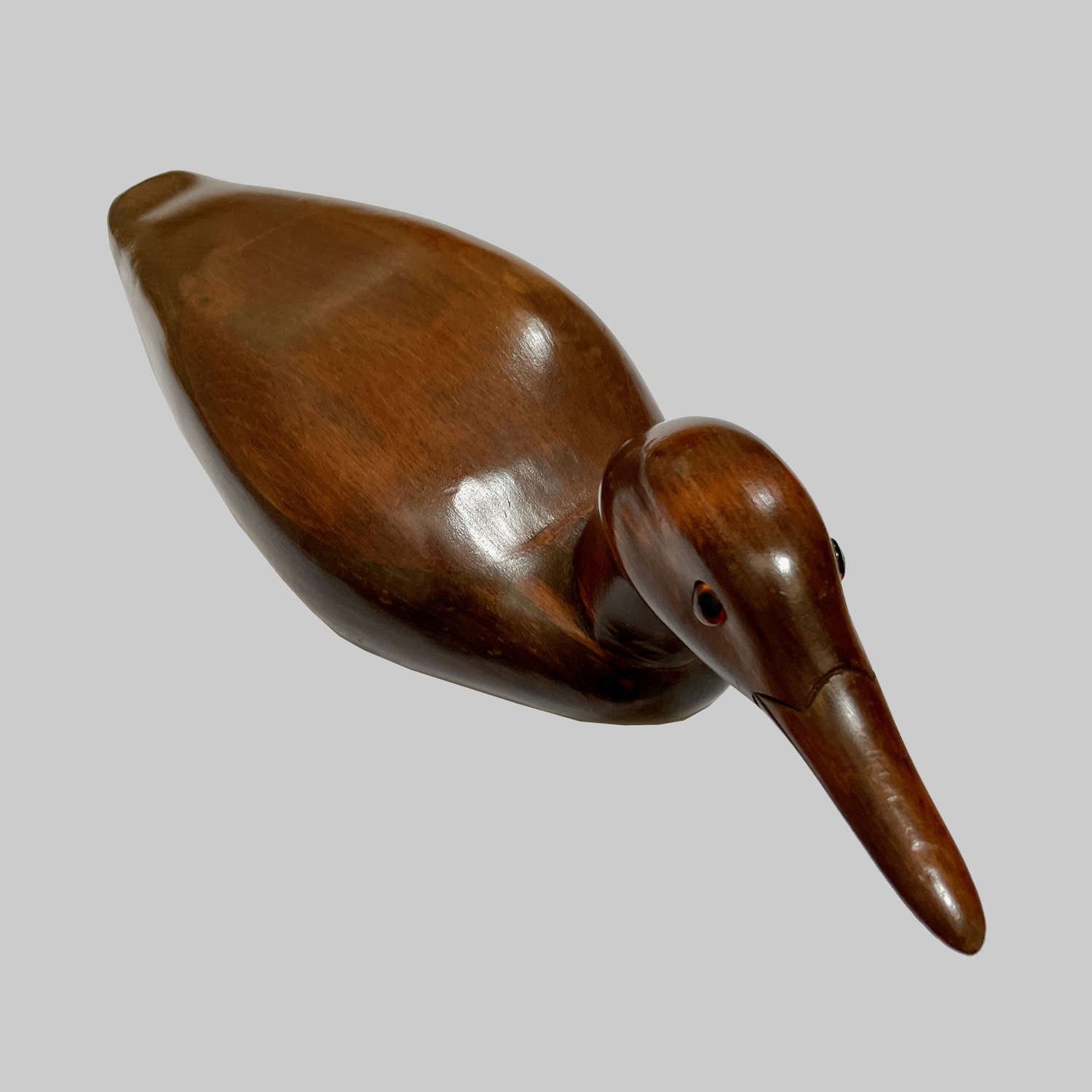 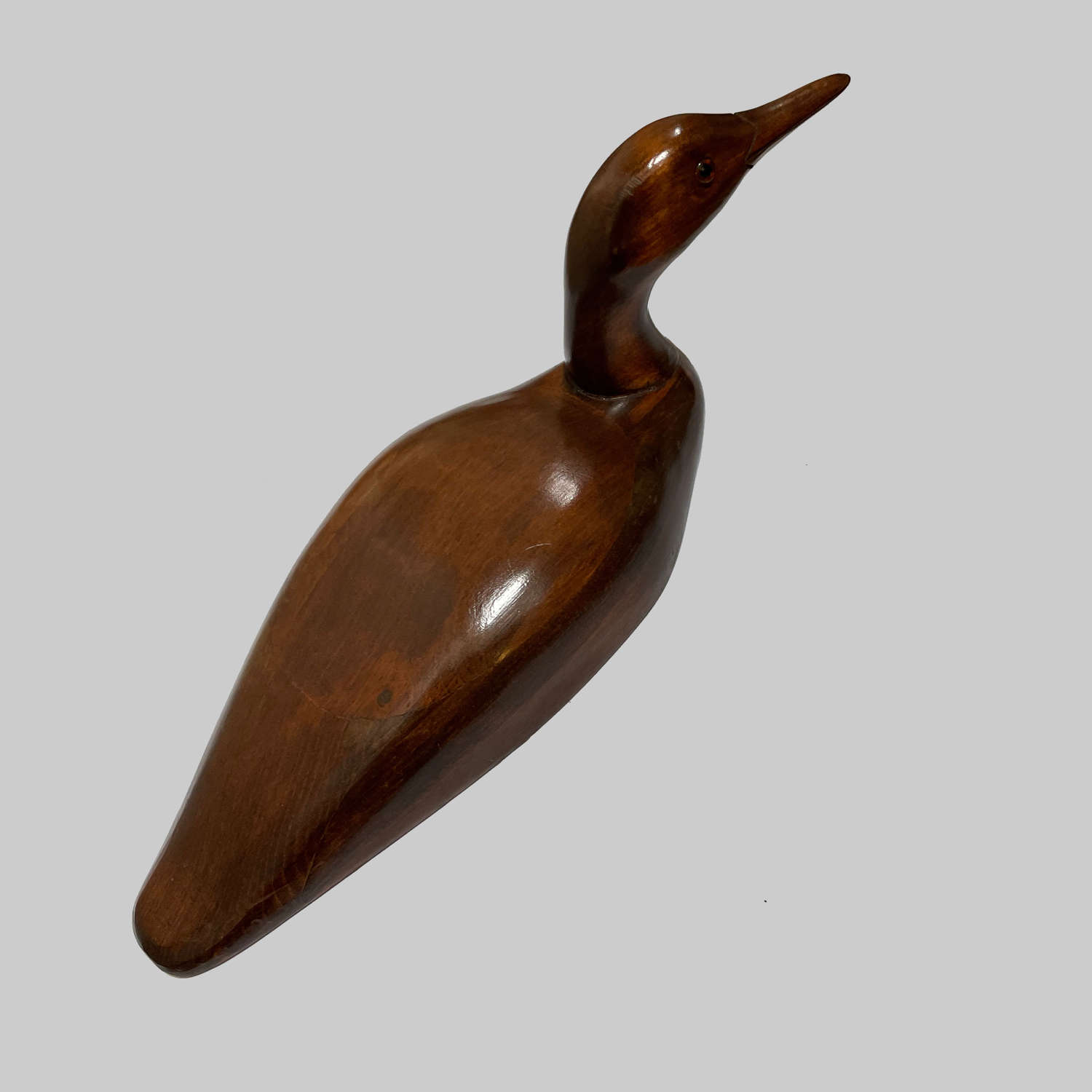