Early 19th century China Trade camphor wood trunk. Leather and brass bound and studded. Lined with silver-patterned tea papers and bearing a small round paper label with the name of the cabinetmaker, Ashoe, and No. 5, which would have referred to the size of the box. Ashoe was a prolific trunk and dressing case manufacturer, working out of 9 Carpenters’ Square, Canton. Carpenters’ Square and China Street, old and new, were the two principle areas frequented by Westerners in 19th century Canton. Carpenters’ Square was destroyed by fire in 1836. See Carl Crossman, ‘The China Trade’, page 245, 253 & 254.
Canton, China 1810 - 1830 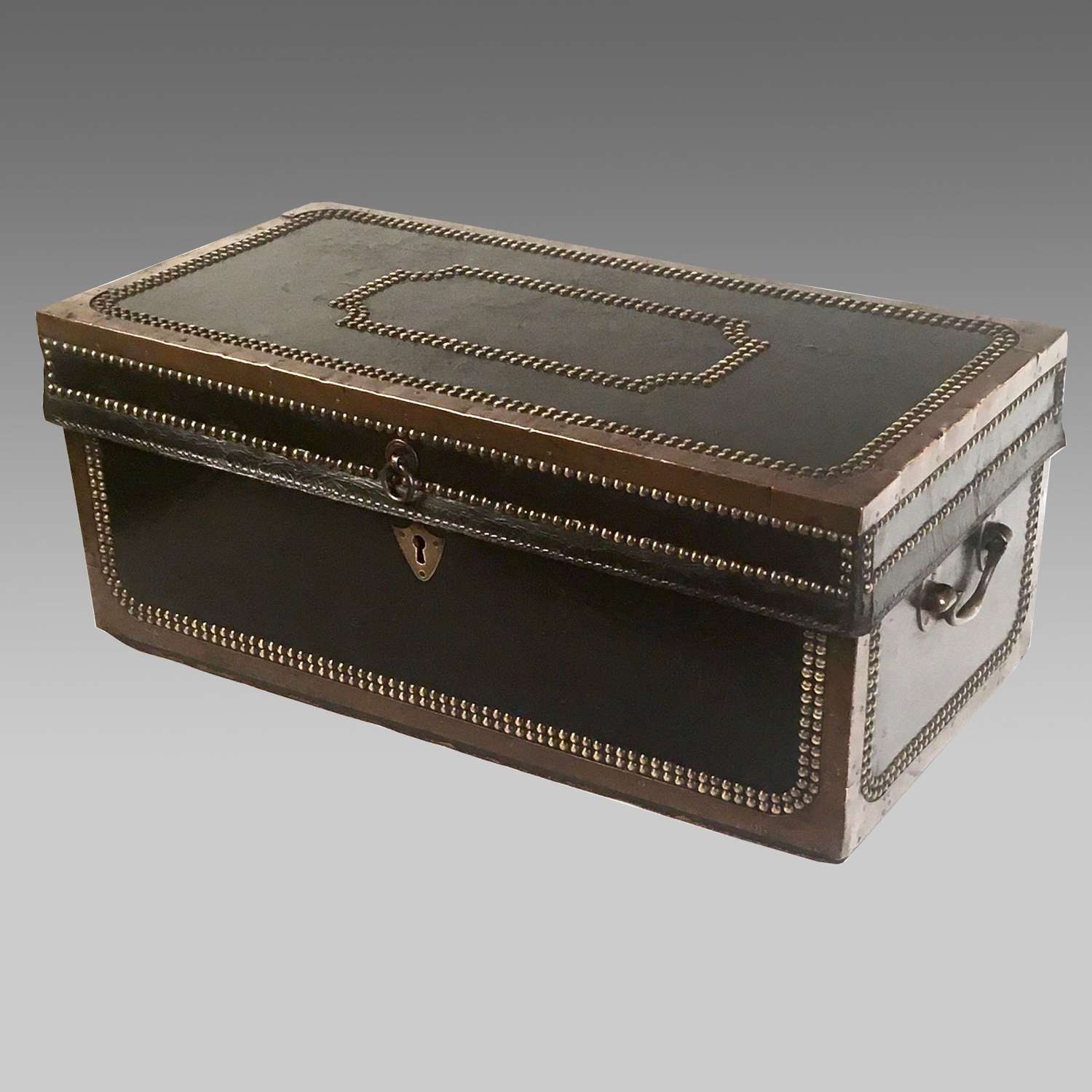 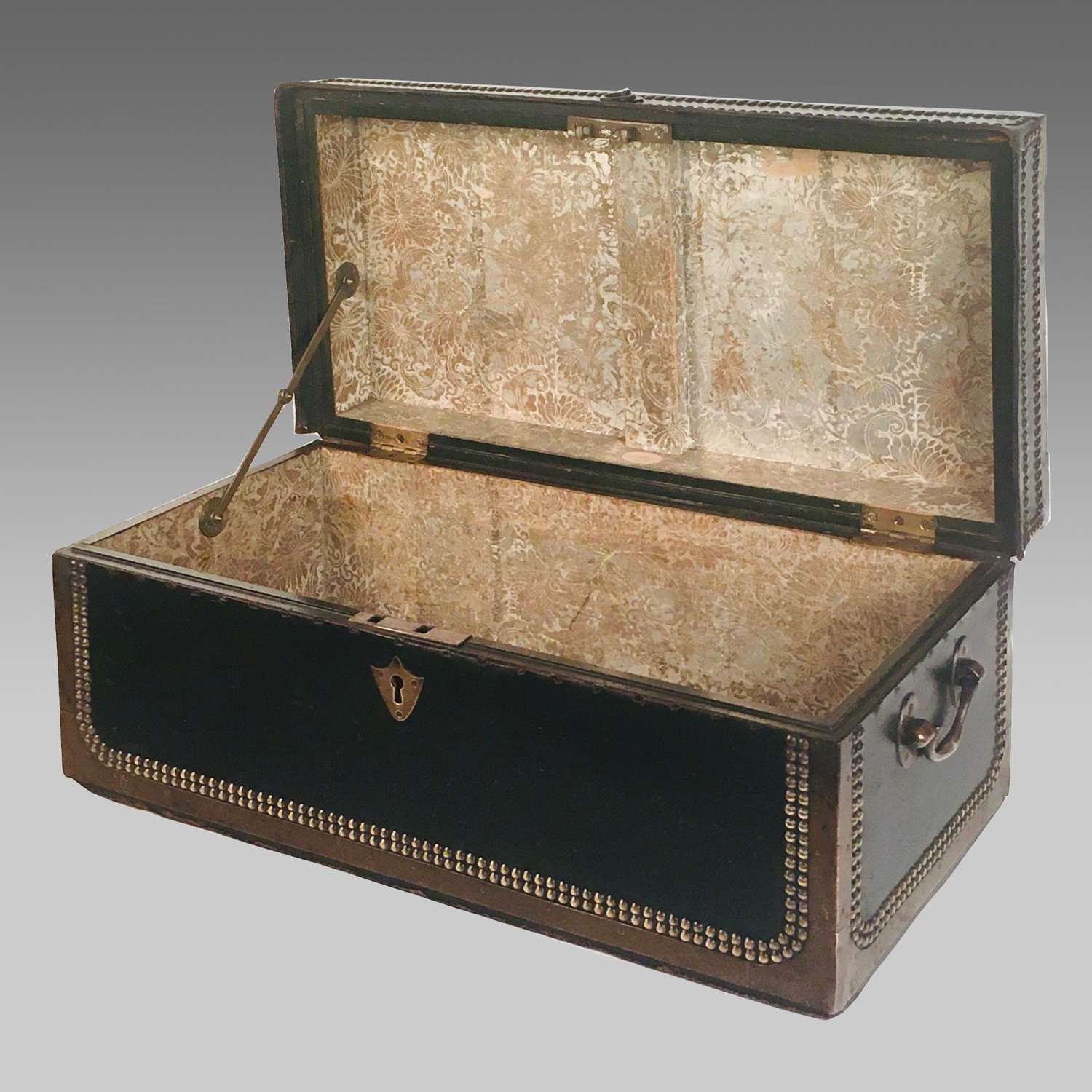 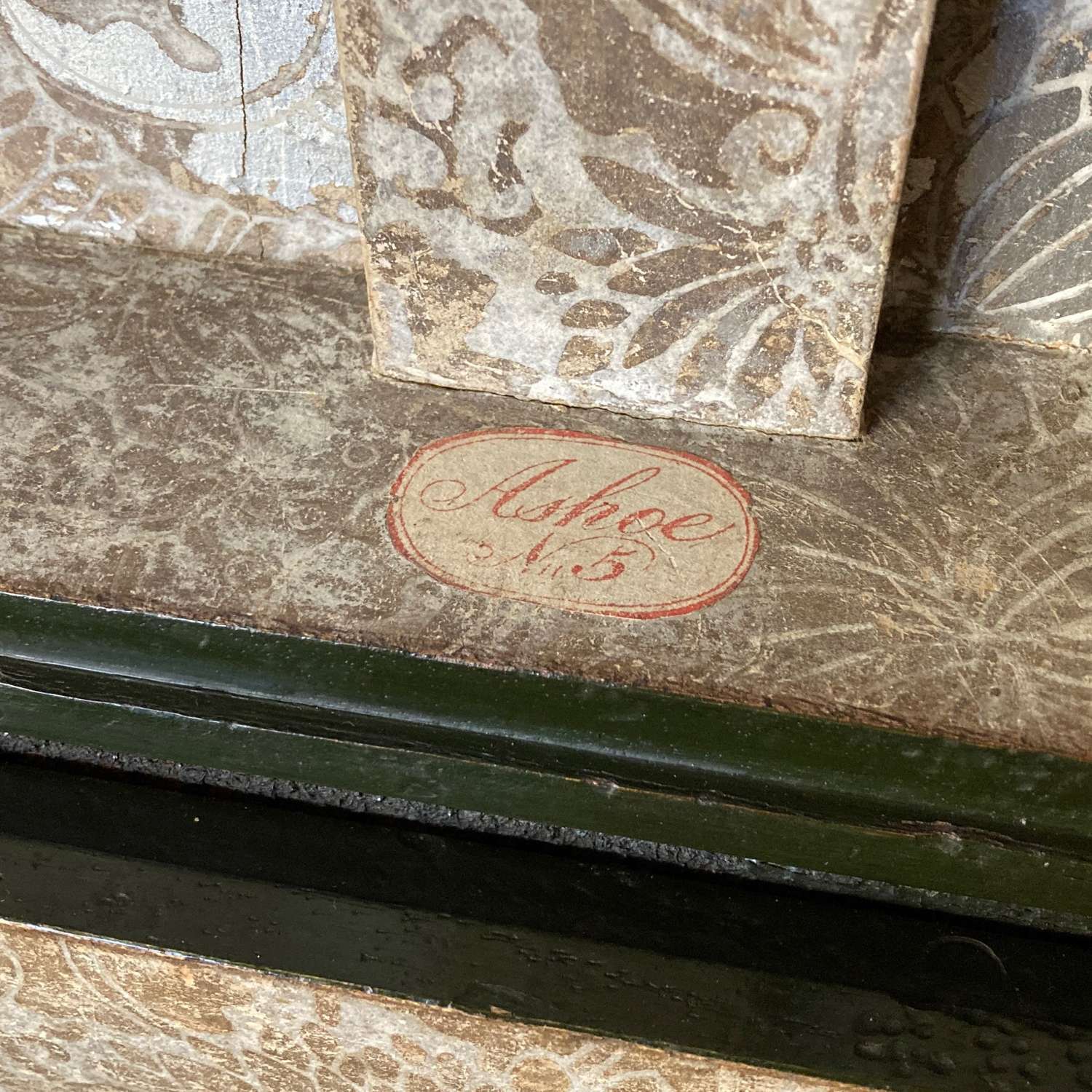